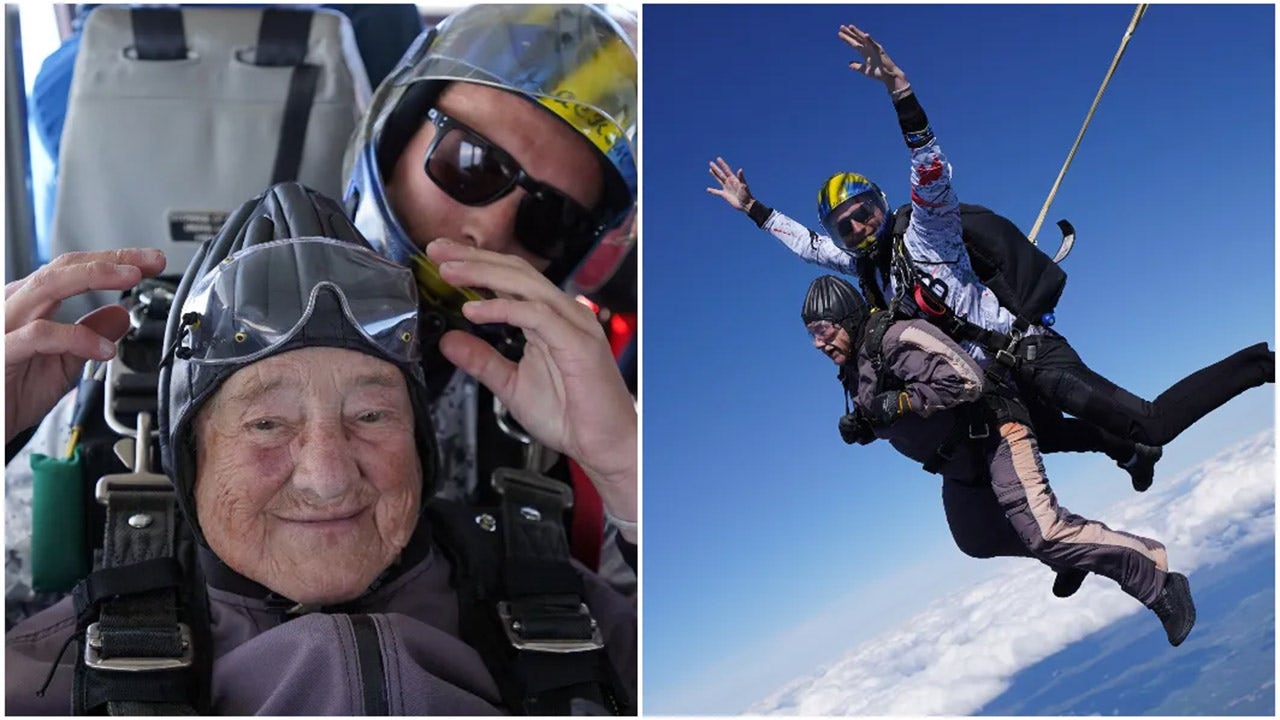 Rut Linnéa Ingegärd Larsson, of Sweden, took the title when she parachuted on May 29 at the age of 103 years and 259 days old, according to Guinness World Records.

Larsson’s children, grandchildren and great-grandchildren waited for her on the ground, according to Guinness.

NY MAN CYCLING TO ALL 50 STATES BURNS HIS TENT DOWN IN MICHIGAN: ‘I TRIED NOT TO PANIC’

During her jump, Larsson listened to the song “Try Your Wings” by Swedish composer Lasse Dahlquist, Guinness reported.

Larsson’s interest in parachuting and skydiving started just before she turned 90, according to Guinness.

She went paragliding for the first time on her 90th birthday and soon followed up with other skyward adventures.

Larsson parachuted for the first time in 2020 at the age of 102, Guinness said. That’s when she decided she wanted to break the record for the oldest woman to do a parachute jump.

Aside from parachuting and skydiving, Larsson loves to spend time with her family – including her five children, 19 grandchildren and 30 great-grandchildren – solve crossword puzzles and sing in her local choir.

When Larsson jumped in May, she broke the previous record for a tandem parachute jump by a woman, which was made by Kathryn “Kitty” Hodges in 2019 at the age of 103 years and 129 days old, according to Guinness.

The oldest man to do a tandem parachute jump is Alfred “Al” Blaschke, who jumped in 2020 at the age of 103 years and 181 days, according to Guinness.

Ann W. Schmidt is a lifestyle reporter and editor for Fox News Digital.