$200,000 Cadillac Celestiq electric luxury car will have this old-fashioned feature 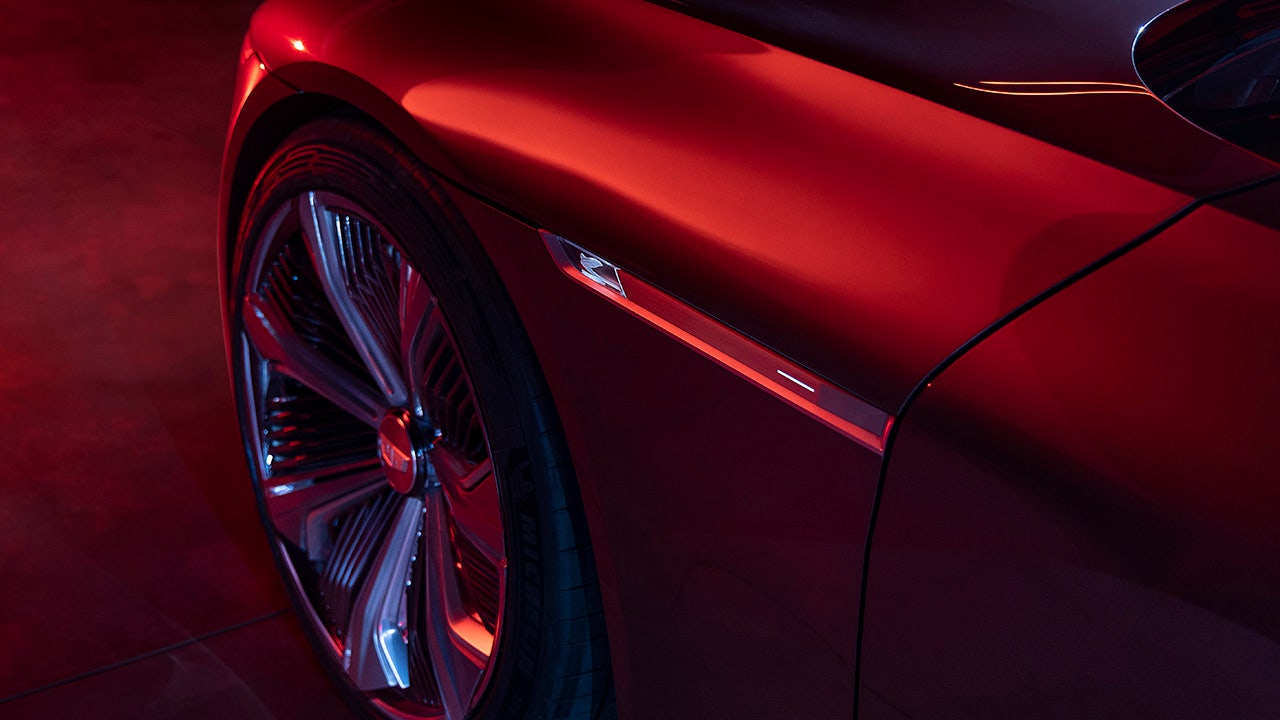 The 2022 Cadillac CT5-V Blackwing is the only car of its kind you can buy today, and Fox News Autos Editor Gary Gastelu says there may never be another one like it again.

Cadillac is looking into the past as it puts the finishing touches on its car of the future.

The brand is scheduled to release a new flagship electric sedan called the Celestiq next year.

The hand-built Celestiq will be positioned as an ultra-luxury showcase for its latest tech at a price expected to be in the $200,000 range and is intended to live up to Cadillac’s old “Standard of the World” slogan.

A new teaser image showing a door hinge shows that the words have even been imprinted into the bolts used to secure it.

Door hinge on the Cadillac CELESTIQ show car. Show car images displayed throughout (not for sale).

Another of the left front fender reveals a throwback design element that’s been resurrected in a modern way.

The Celestiq brings back a Cadillac logo from the 1930s.
(Cadillac)

Inside a horizontal detent stretching from behind the top of the wheel arch is a depiction of the art deco “goddess” hood ornament that was featured on some models from the 1930s to 1950s, the last being the 1959 Eldorado Brougham.

The goddess ornament was on the 1941 Cadillac.
(SkyF/iStock)

Cadillac had previously announced that the Celestiq will have a panoramic sunroof that will allow the four passengers to individually adjust its transparency over their seats electronically.

The Cadillac Celestiq has an adjustable panoramic sunroof.
(Cadillac)

Full technical details have not been released, but the Celestiq will use a version of the Ultium electric vehicle platform that debuts this year with the Cadillac Lyriq SUV and will itself be fully revealed sometime this summer.

One thing it won’t have is a colorful version of the Cadillac crest. Its electric cars will instead get a grayscale version that is rolling out as they are introduced and will also be illuminated in some applications.