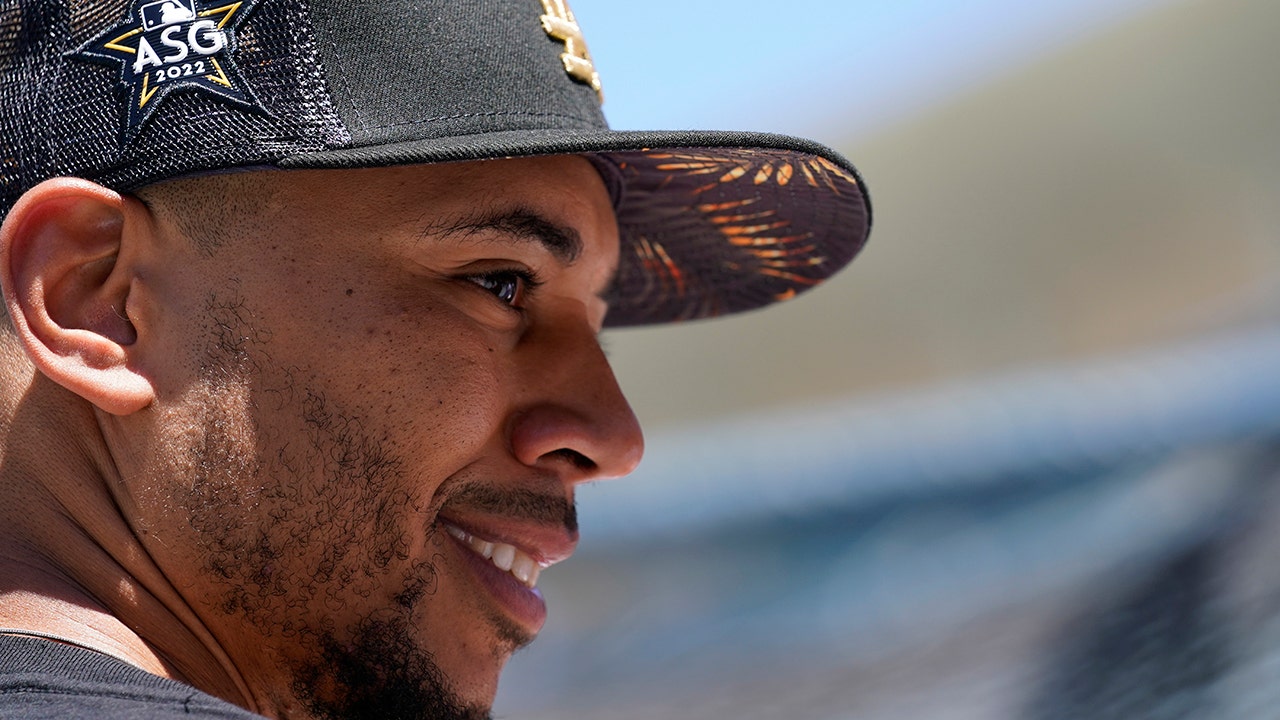 Los Angeles Dodgers star Mookie Betts made a statement during batting practice ahead of the Major League Baseball All-Star Game on Tuesday night.

Betts was set to represent the Dodgers on the field but was calling for more representation in the stadium.

National League outfielder Mookie Betts (50) of the Los Angeles Dodgers warms up before the start of the All-Star game at Dodger Stadium.
(Jayne Kamin-Oncea-USA TODAY Sports)

The Dodgers outfielder is one of the few Black people who play in MLB. The Institute for Diversity and Ethics in Sport (TIDES) at Central Florida released a report in May revealing that Black players represented 7.2% of opening day rosters. That was down from 7.6% last year and is the lowest percentage since the study data began being collected in 1991, when 18% of MLB players were Black.

TIDES director and lead report author Richard Lapchick told the Associated Press the decline came “in spite of” programs MLB has created to enhance participation for Black players at the youth level.

“I’m always impressed by how many programs I see that they’re developing in so many communities,” Lapchick said in May. “But I think part of it is it’s a chicken-or-the-egg equation.

“If you’re a young Black kid who dreams of being a professional athlete… and you say, ‘What sport am I going to have the best shot at?’ And you look and see superstars in the NFL and the NBA… and they happen to be Black and look like you, that’s probably going to be the first step you make.”

Billy Bean, MLB’s senior vice president of diversity, equity and inclusion, told the AP at the time the league was committed to “improving representation and diversity” through sport.

Betts will start in the outfielder for the All-Star Game.