4 Takeaways From Day 2 of the Jan. 6 Hearing 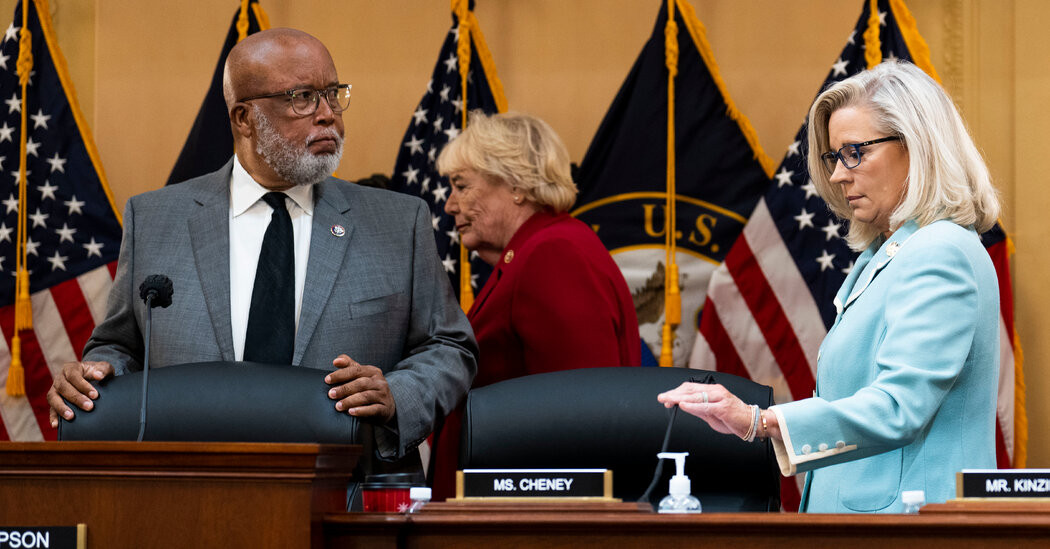 Committee members are hoping that the description of the two competing groups in Mr. Trump’s orbit are evidence that Mr. Trump made a choice — to listen to the group led by Mr. Giuliani instead of those who ran his campaign and worked in his administration. Mr. Trump chose, in the words of “Team Normal,” to listen to those spouting “crazy” arguments instead.

A picture emerges of election night at the White House.

Monday’s hearing opened with a vivid portrait of election night at the White House, describing the reaction from the president and those around him when Fox News called Arizona for Joseph R. Biden Jr. Using video testimony of the president’s closest advisers and some of his family, the committee showed how Mr. Trump rejected the cautionary advice he received.

Mr. Stepien said in the video that he had urged the president not to declare victory prematurely, having already explained that Democratic votes were likely to be counted later in the night. Mr. Trump ignored him, Mr. Stepien and others said. Instead, he listened to Rudy Giuliani, who aides said was drunk that night, and was urging the president to claim victory and say the election was being stolen.

Chris Stirewalt, the Fox News political editor who was fired after making the on-air call for Arizona, told the committee that the shift in returns that night that prompted the president’s claims of voter manipulation were no more than the expected results of Democratic votes being counted after Republican ones. He expressed pride that his team was first to accurately call the Arizona results and said there was “zero” chance that Mr. Trump would have won that state.

Millions of dollars were sent to a nonexistent ‘Election Defense Fund,’ the committee said.

It wasn’t just the “big lie,” according to the Jan. 6 committee. It was also “the big rip-off.”

In a video presentation that concluded its second hearing, the committee described how Mr. Trump and his campaign aides used baseless claims of election fraud to convince the president’s supporters to send millions of dollars to something called the “Election Defense Fund.” According to the committee, Mr. Trump’s supporters donated $100 million in the first week after the election, apparently in the hopes that their money would help the president fight to overturn the results.

But a committee investigator said there is no evidence that such a fund ever existed. Instead, millions of dollars flowed into a super PAC that the president set up on Nov. 9, just days after the election. According to the committee, that PAC sent $1 million to a charitable foundation run by Mark Meadows, his former chief of staff, and another $1 million to a political group that is run by several of his former staff members, including Stephen Miller, the architect of Mr. Trump’s immigration agenda.

Representative Zoe Lofgren, Democrat of California, summed up the discoveries this way: “Throughout the committee’s investigation, we found evidence that the Trump campaign and its surrogates misled donors as to where their funds would go and what they would be used for,” she said. “So not only was there that big lie, there was the big rip-off. Donors deserve to know where their funds are really going. They deserve better than what President Trump and his team did.”