A Portland homeowner renovated his house 3 times over the past decade, but never got a chance to live in it. Now he’s selling it for $1.47 million — take a look inside. 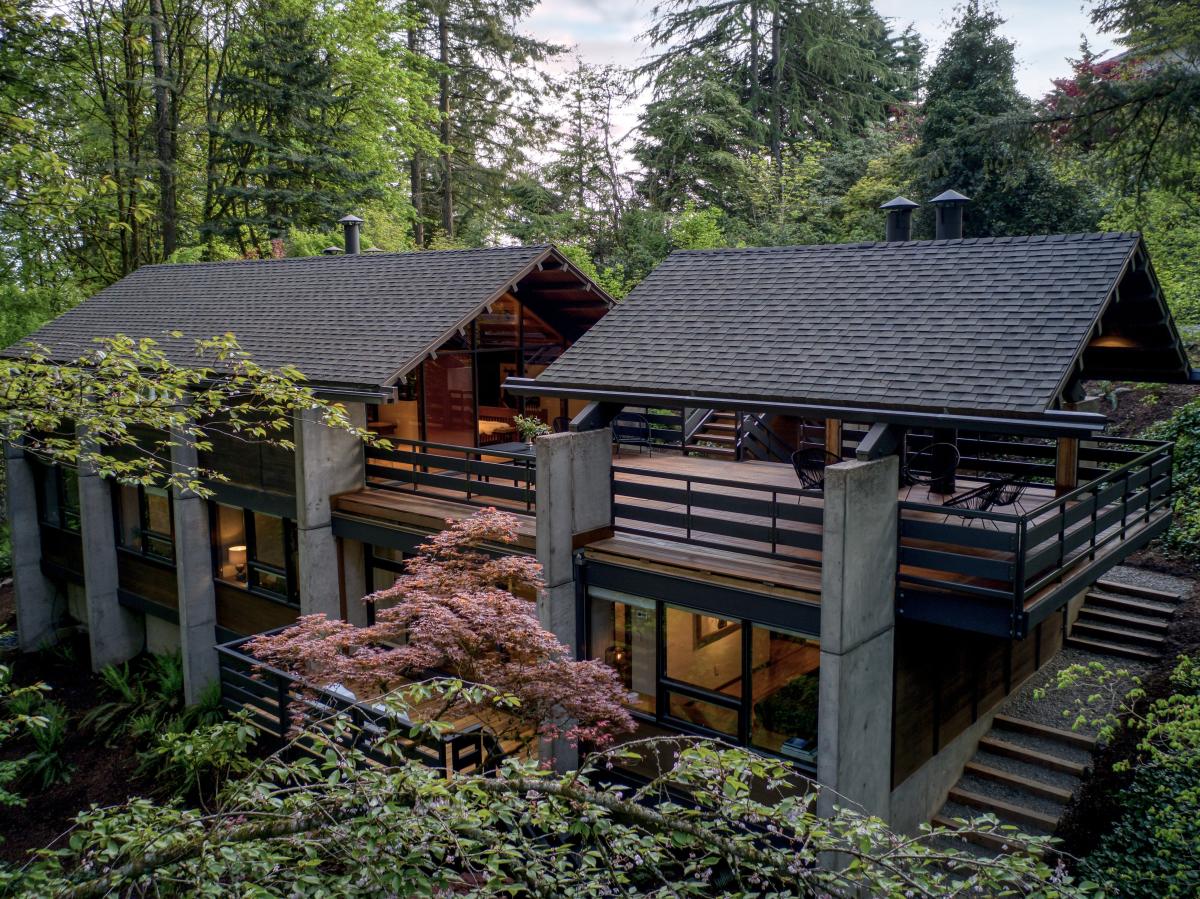 When Aaron Cain bought a four-bedroom house in Portland in 2010, he was still living in Shanghai. He made a bid without seeing the house, but was planning to return and move in with his family.

“An old friend of mine named Paul McKean, who was an architect, came to look at the house for me instead, and he loved it,” Cain told Insider. “He said it was a really special place and I decided to make an offer even without seeing it myself.”

The house is named Campbell Residence after its original owner, local architect Richard A. Campbell, who built it in 1966 for his personal use, per the listing. Situated on the side of a hill, the house sits on less than an acre of land in the Sylvan-Highlands neighborhood of Portland, Oregon.

This is the second time the home has been put up for sale, listing agent Jeff Weithman from Real Estate through Design told Insider. The first time was in 2010, when Cain bought the house for $672,000, property records show.

With its $1.47 million price tag, Campbell Residence falls in the mid-price range of homes currently on the market in Sylvan-Highlands.

A decade and three renovations later, Cain is selling the house for $1.47 million. Due to work commitments, life changes, and delays, he never got a chance to live in it.

“Over the last couple of months, I would come here and take Zoom calls for work. When my wife got COVID, she isolated herself here for a few days,” Cain said. “So while there were all these different things that happened, we never really lived in the house proper.”

After purchasing the house, Cain, a Nike executive, got his stay in Shanghai extended until 2013. Later that year, the company relocated him to the Netherlands, where he lived with his family until 2018.

“When we moved back from the Netherlands, we had planned to live in this house but the renovation timeline got pushed way out,” he said. “We couldn’t move in, and so we ended up buying another home.”

Cain renovated the two-story house three times over the past decade, in 2011, 2015, and 2018. Different parts of the home were remodeled each time.

The renovations were focused primarily on maintenance and modernizing the home, Cain said.

“Architecturally, nothing had been changed since the original design,” he said. “But the owner before me hadn’t maintained some of the basics.”

The first round of renovations took place from 2011 to 2013 and was completed by his father, who’s a carpenter.

“Though he’s never done a general contractor role outside of my brother’s house, he took over the renovations including water management and repairing some of the rails in the house,” he said. “Because it was built in the sixties, nothing was safe. There would just be decks with no rails.”

Cain also added a black steel fireplace to the living room and installed a new lighting system, per the listing.

The open-concept kitchen, located on the other side of the living room fireplace, was updated in the second phase of the renovation.

In 2015, McKean — who runs his own practice — and Cain’s father completed another round of renovations while Cain was living in Amsterdam.

“They redid the kitchen and the floors, even put in a window. It was a pretty extensive project, since they basically redid the entire upstairs in the spirit of the original house while modernizing it,” Cain said.

The old kitchen was scrapped almost entirely, with the new carpentry work completed by his father, he added.

Apart from the kitchen cabinets and countertops, they installed new appliances including an induction cooker, a dishwasher, and an electric oven.

The dining area is located by a wall of windows that overlooks the surrounding greenery. A sliding door leads out to the patio.

Both ends of the upper floor are walled in by floor-to-ceiling windows. Cain said it’s one of his favorite parts of the home.

“There’s something about just sitting in the living room with the kitchen and having this kind of warm, wood space with glass on both ends,” he said. “It’s such a unique room; I can’t think of another room like it that I’ve ever seen.”

The last phase of the renovation took place between 2018 to 2019 and was concentrated on the lower floor, where all four bedrooms are located.

The primary bedroom suite was completely updated during this phase, per the listing. Apart from new floors, all the original built-in furniture was also restored by hand.

The house has strong Japanese design influences, as demonstrated through the use of natural materials such as exposed wood, Cain said. Large windows throughout the residence blur the line between the inside and the outside.

The ensuite bathroom, which is separated from the primary bedroom by a vanity, was fully renovated to include a circular freestanding bathtub and a shower area with heated floors.

There is one other bathroom in the residence and it’s also located on the lower floor, per the listing.

The primary suite is a close second when it comes to Cain’s favorite spots in the house.

“There’s a little sauna and there’s a shower that looks out into the woods. You could spend a whole weekend in that bedroom and really enjoy yourself,” Cain said.

The spacious primary bathroom even has a sliding door that leads out to a private outdoor patio, per the listing.

The rooftop deck features a shelter that was not in the original 1966 building design.

When the house was constructed in 1966, the large rooftop deck was left completely exposed, per the listing. However, in 1979, another local architect was commissioned to add a shelter at the end of the exposed deck.

The design of the shelter mirrors the original roof of the house.

Although Cain and his family never managed to live in Campbell Residence, the house has been occupied by a few different tenants in the periods between the three renovations.

After the first renovation, a filmmaker and his family leased the house, Cain said. After the filmmaker moved to Brooklyn, a friend of Cain’s came to stay at the house. The most recent tenants, a family of four, lived in the house until January, when Cain was preparing to sell the property.

“It’s very sad for me that I never managed to live here, because I love this house,” he said. “When the sun’s out, the birds are singing, and you have the doors open, it just feels like you’re almost in the woods. It’s such a peaceful, quiet space that feels like magic.”