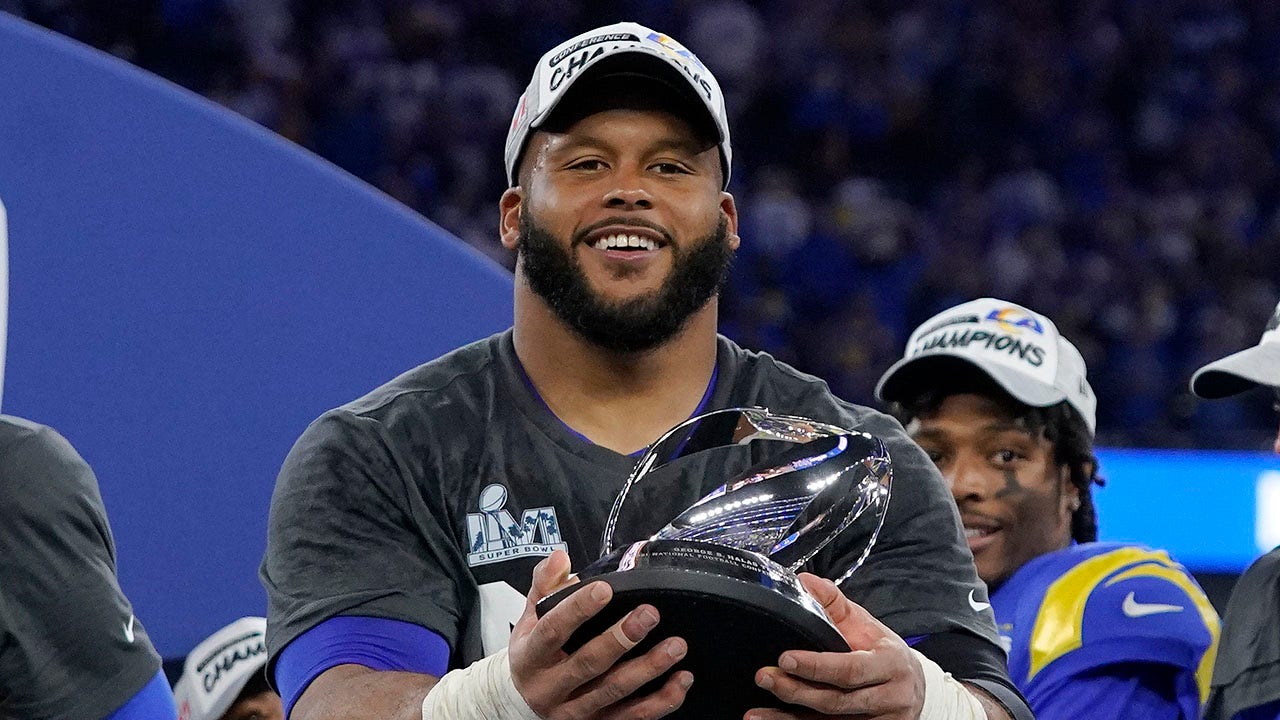 The Los Angeles Rams reportedly made Aaron Donald the highest-paid defensive player in the league following the team’s Super Bowl victory in February over the Cincinnati Bengals.

Donald, a fearsome defensive tackle and seven-time First-Team All-Pro, agreed to a reworked contract Monday that will keep him in a Rams uniform through the 2024 season.

Aaron Donald #99 of the Los Angeles Rams pushes Joe Burrow #9 of the Cincinnati Bengals out of bounds in the third quarter during Super Bowl LVI at SoFi Stadium on Feb. 13, 2022 in Inglewood, California.
(Steph Chambers/Getty Images)

According to the NFL Network, Donald is getting a $40 million raise. He’s set to receive $65 million guaranteed over the next two seasons and $95 million through 2024.

Los Angeles announced the extension but didn’t disclose the terms of the deal.

“What’s up this is Aaron Donald. I’m locked back in,” the defensive star said. “Let’s go get us another ring. Why not? At SoFi Stadium, getting the chills just thinking about it. Let’s go to work.”

ODELL BECKHAM JR BEING RECRUITED BY MULTIPLE PLAYERS AND TEAMS

Donald has been one of the best defensive players to take the football field in recent memory.

Defensive end Aaron Donald #99 of the Los Angeles Rams warms up against the Seattle Seahawks at Lumen Field on October 07, 2021 in Seattle, Washington.
(Steph Chambers/Getty Images)

Since joining the Rams in 2014, Donald has played in at least 16 games seven out of the eight years he’s been playing. He won the Defensive Player of the Year award three times and was the Defensive Rookie of the Year in 2014. He’s been named to the Pro Bowl in each of his eight pro seasons.

He contemplated retiring from the NFL after winning the Super Bowl a few months ago. But now, it seems he’s locked and loaded for another potential championship run.