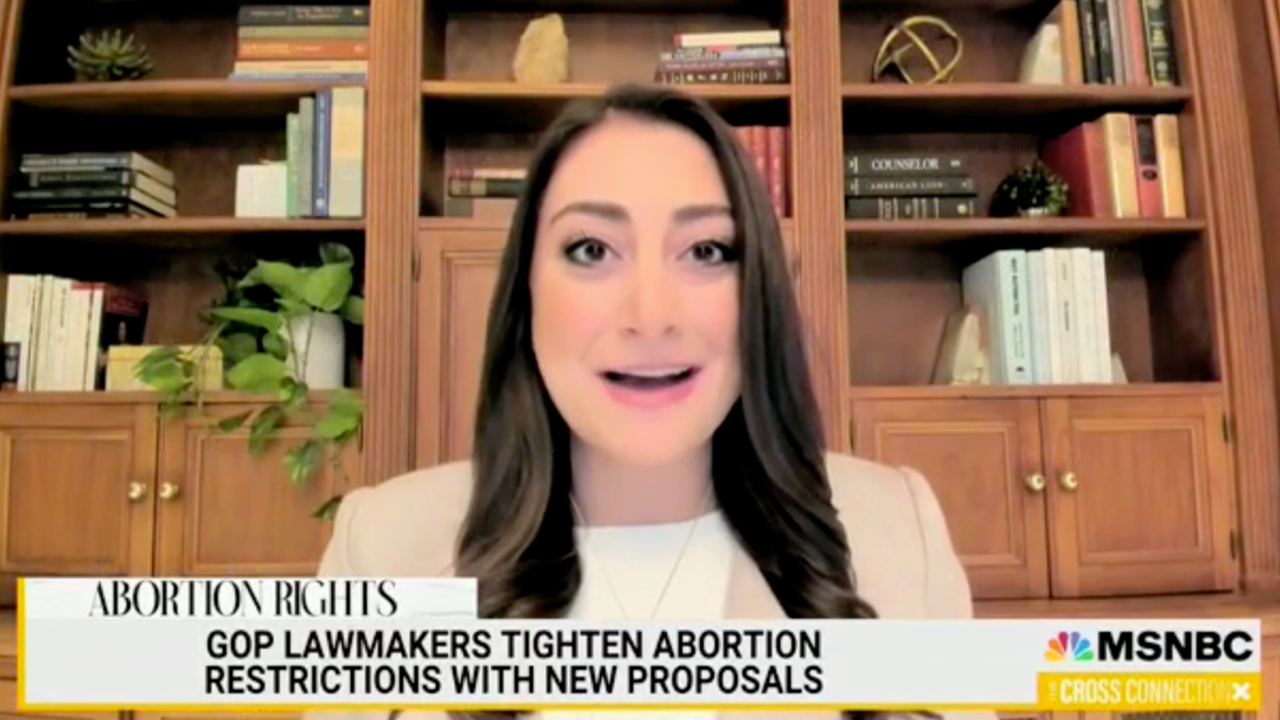 On the latest episode of MSNBC’s “The Cross Connection with Tiffany Cross,” pro-abortion Congresswoman Sara Jacobs, D-Calif., declared that because of various red state abortion bans, “people are going to die.”

Speaking to “Cross Connection” stand-in host Charles Blow on Saturday, Jacobs, who is also co-sponsor of a House bill to codify federal rights to contraception access, stressed the importance of women’s ability to seek contraception and abortion.

She claimed that the danger of losing reproductive rights prompted her arrest at a protest outside of the Supreme Court earlier in the week.

Jacobs was one of 16 Democratic lawmakers, including Representatives Alexandria Ocasio-Cortez, D-N.Y., and Ilhan Omar, D-Minn., that were arrested by Capitol Police outside of the Supreme Court on Tuesday.

Congresswoman Sara Jacobs, D-Calif., tells MSNBC’s “The Cross Connection” that “people are going to die” because of abortion restrictions.

ABC NEWS HAMMERED FOR MAKING IT LOOK LIKE AOC, OMAR WERE HANDCUFFED AT ABORTION RALLY

The members of Congress allegedly disobeyed police orders to disperse from a raucous protest against the Court’s reversal of Roe v. Wade, prompting their escort off the premises by officers. The arrests became a media spectacle as Ocasio-Cortez and Omar were accused of pretending to wear handcuffs.

Jacobs proudly recounted her arrest to Blow, stating, “It was my first time being arrested. And I felt like it was really important because, as a young woman myself, these rights are being taken away from me.”

She added, “This is very personal. And I feel like it’s important that we recognize that this fight is happening on people’s bodies across the country.”

Jacobs then claimed that people are dying because of the reversal of Roe V. Wade. “We are literally already seeing people die because they cannot get access to the health care that they need. And so it only felt right that I too was willing to put my body on the line to make it very clear that we understand the urgency of the moment,” she claimed.

Blow played a clip of Minnesota Republican candidate for Lieutenant Governor Matt Birk questioning the whether it was right to perform an abortion in the case of rape. In the video from June, Birk stated, “Rape is obviously a horrible thing, but an abortion is not going to heal the wounds of that. And two wrongs is not going to make a right.”

Commenting on that statement, Jacobs stated, “I’m horrified that this person is even in a position where they might get into elected office.” She also slammed him for seeking to “control” women.

OCASIO-CORTEZ, OMAR PRETENDING TO BE HANDCUFFED AFTER ARREST AT PROTEST BLOWS UP TWITTER: ‘THIS IS TOO MUCH’

“This isn’t just about abortion. This is about control of women’s bodies, of women’s lives, about our ability to be whole and fully engaged in society and in the workforce and fully equal. That’s what this fight is about right now,” Jacobs insisted.

Later in their discussion, Jacobs again expressed her fear that people “will die” because of pro-life laws.

Speaking of abortion bans enacted in states such as Georgia and Florida, she claimed, “Look, I’m deeply, deeply worried and concerned about what all of these bans mean for people across this country. Because this is about access to basic health care. This is about decisions between you and your health care provider.” Jacobs further declared that “we’re already seeing women bleed out” because their doctors refuse to perform abortions.

She mentioned the danger of women not finding out that they’re pregnant until they’re too far along for abortion. “And so, what we’re talking about is putting people in these really difficult situations where they might not even know they’re pregnant by the time these bans start. Let alone the fact that what happens if there is some medical issue that happens in the 16th or the 17th or the 18th week?” she asked.

She also asked, “What happens if there’s some medical need to do an abortion, and they can’t access abortion care? That’s really problematic. She then declared, “people are going to die.”