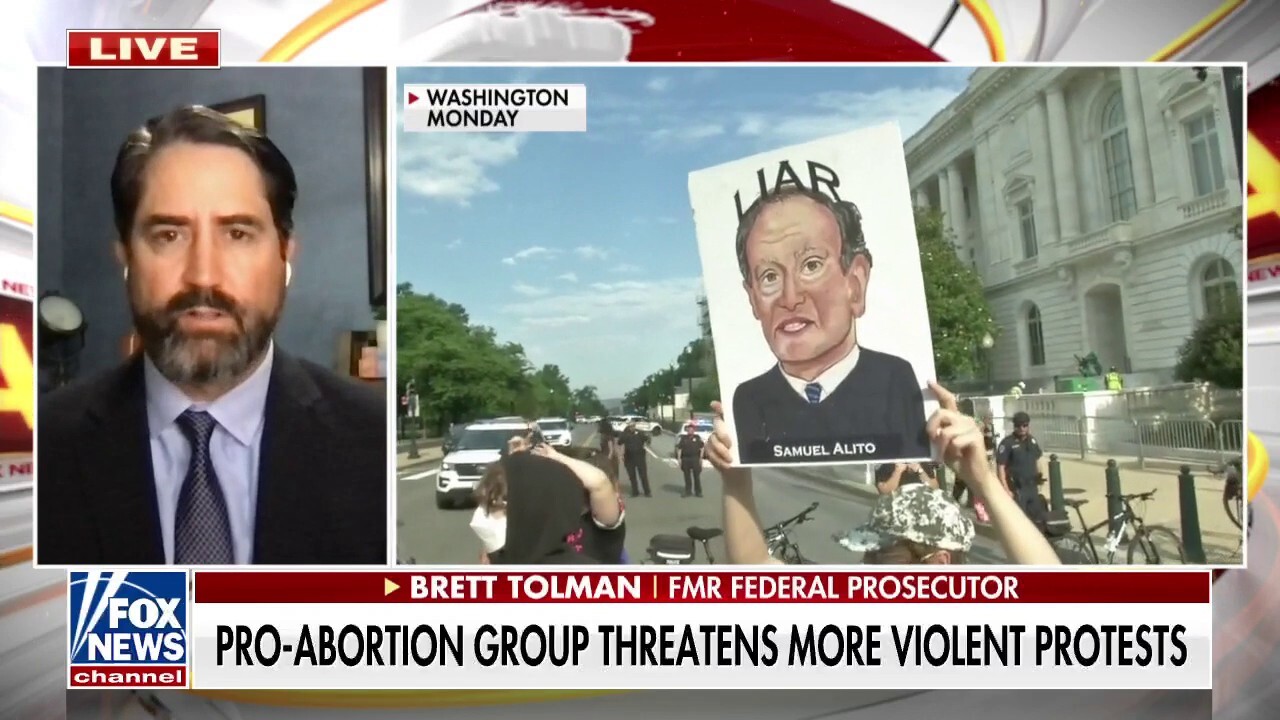 BRETT TOLMAN: It is playing with fire. And the attorney general right now should either resign or enforce the law impartially. And that includes enforcing the statutes that are already in place that prevent individuals from picketing or protesting in front of a justice’s home. That’s there for a reason, to prevent the public from being able to put pressure politically on a Supreme Court justice in order to make them and to their will and to what their beliefs are. That is not the basis of the Constitution or due process rights and the Bill of Rights, and especially the right to exercise your freedom of religion and speech.