Alex Jones could face perjury charges and up to 10 years in a Texas jail after his lawyer mistakenly revealed text messages the Infowars host claimed didn’t exist, legal experts say 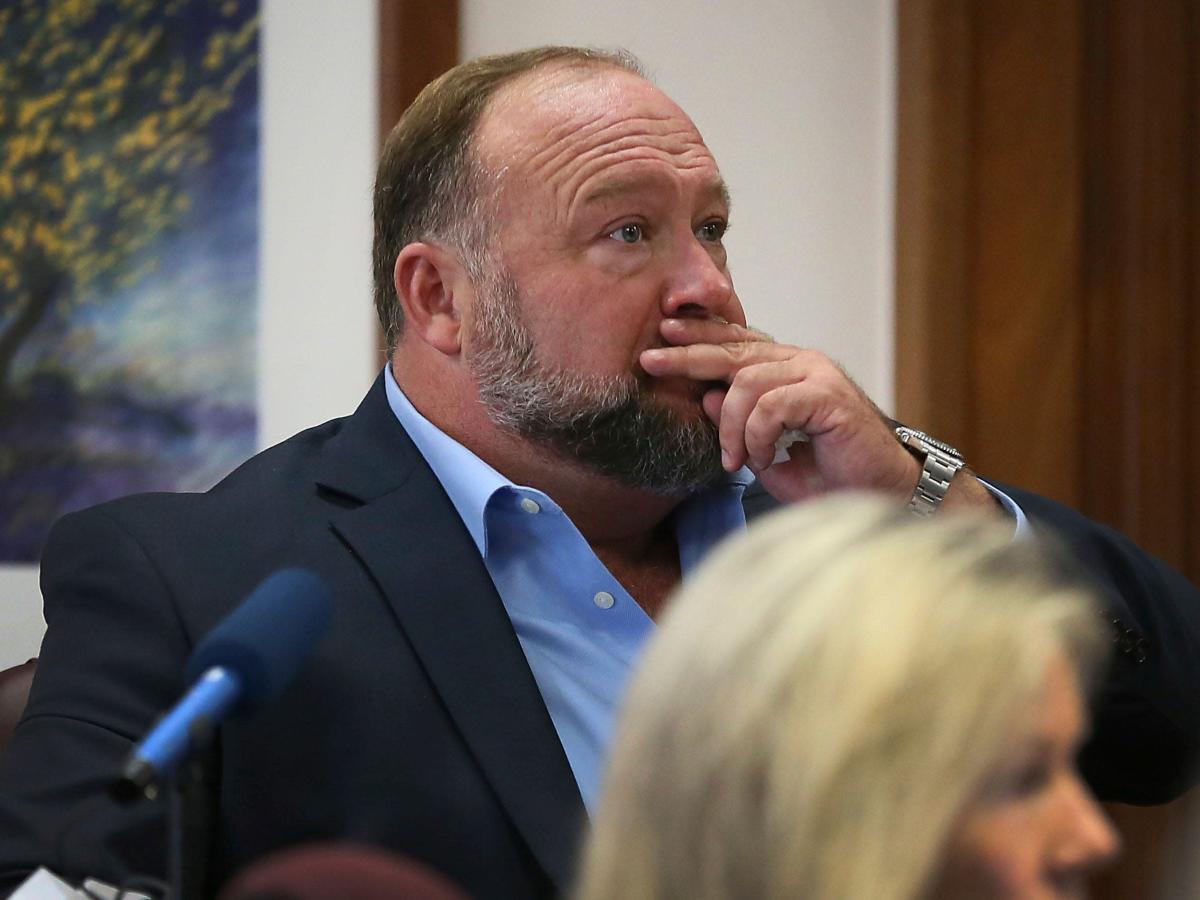 Jones is on trial in Texas after the parents of a boy killed in the Sandy Hook Elementary School mass shooting sued the conspiracy theorist for spreading falsehoods about the Newtown, Connecticut school shooting that left 20 children and six staff dead in December 2012.

Jones has already been found liable for defamation in the case and three other lawsuits in Texas and Connecticut for his depiction of the shooting. The civil trial is the first of three in which juries must determine how much Jones should pay the victims’ families.

The digital copy of Jones’ phone that was shared with lawyers for Sandy Hook parents included a text about the massacre that Jones previously claimed didn’t exist, as well as financial information about Infowars that Jones failed to turn over during deposition.

The 11th-hour gaffe, which attorney Mark Bankston dramatically revealed in court on Wednesday, is almost certain to have an impact on jurors who begin deliberating damages in the case on Thursday.

“This is a bad day in court for Jones.” Matthew Barhoma, a criminal appeals attorney and founder of Power Trial Lawyers and Barhoma Law told Insider. “It’s a bad reflection as to his character and credibility which is especially on the line when you’re on the stand.”

Prior to the start of deliberations, the jury is given a set of instructions that advises that if they believe a person lied about something on the stand, and that piece of information was important, then they are free to disregard his or her entire testimony, Neama Rahmani, a former federal prosecutor and president of West Coast Trial Lawyers said.

“If the jurors believe that Alex Jones has lied about the texts, they’re free to reject everything he’s saying, which is huge,” Rahmani said.

But Wednesday’s courtroom bombshell could also have far-reaching implications beyond current litigation, the legal experts said.

The possibility of perjury

Legal experts told Insider that Jones undeniably opened himself up to potential perjury charges as a result of his lawyer’s error. If Jones did lie about the existence of text messages referring to the shooting, the court would consider it perjury.

A crime like that could easily lead to criminal prosecution against Jones, Rahmani said.

“This is potentially a very big deal,” the lawyer said. “And ultimately, if Alex Jones perjured himself, his legal problems are just beginning.”

An attorney for Jones was not immediately available to comment.

Prosecutors in Texas will ultimately make the final decision on whether or not Jones should be charged. If Travis County District Court Judge Maya Guerra Gamble — who admonished Jones several times during his testimony earlier this week — was to make a referral in the case, prosecutors would be even more likely to pursue a criminal case again Jones, according to Rahmani.

“If the referral happens, it’s very very likely that Alex Jones will be prosecuted,” the lawyer said. And even if it doesn’t, I think this is such an outrageous lie, that it’s a very easy perjury case that I would expect Texas prosecutors to pick up.”

Both elements for aggravated perjury, and the possible decade-long state jail sentence that comes along with it, would seemingly be met in this instance, Rahmani said.

Jones’ legal team’s mistake set the internet aflame on Wednesday, but Rahmani said it’s a gaffe he’s seen happen many times on account of human error. He’s even been on the receiving end of such a mistake, he said.

“It happens when you’re sending so many emails,” he said. “You’re regularly communicating with your opposing counsel. When you’re dealing with lots of text messages, it just happens.”

Rahmani added that as long as Jones’ attorney wasn’t previously aware that the text messages existed and suborned perjury by putting Jones on the stand to lie about their existence, he is unlikely to face legal consequences himself.