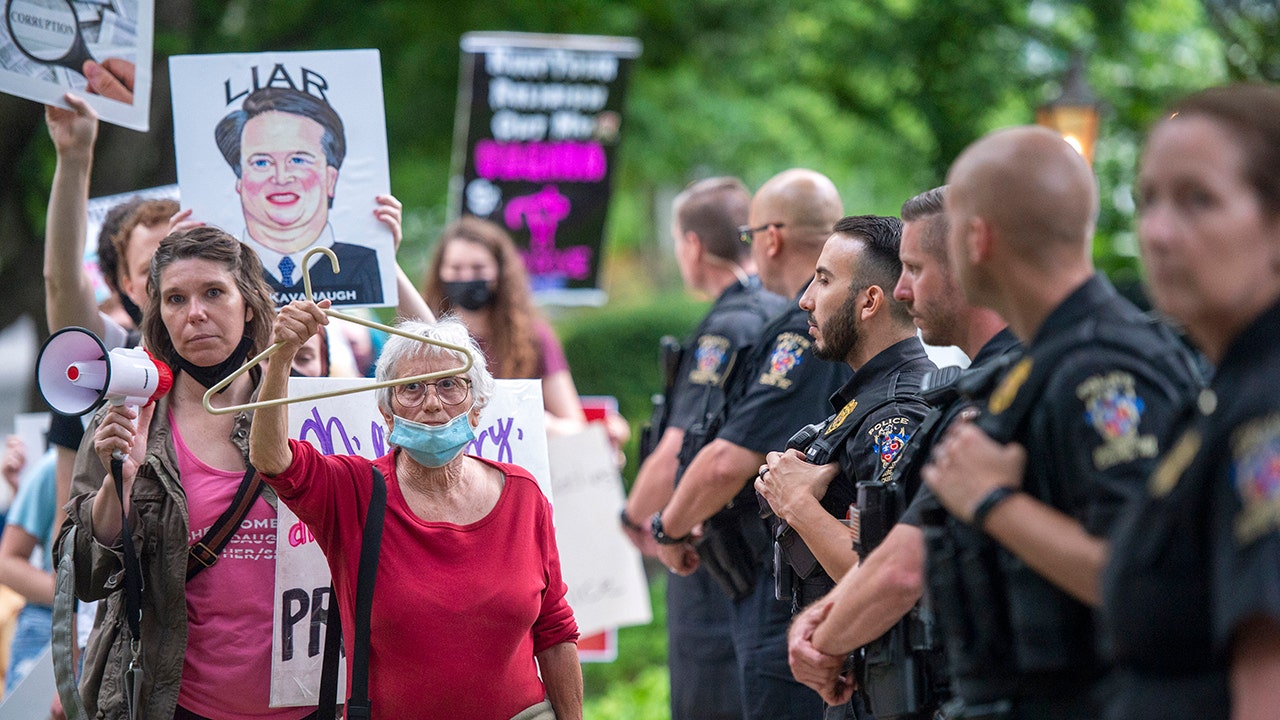 Democrats are being called out on social media for their heated rhetoric following the unprecedented Supreme Court draft opinion leak last month after an armed man who threatened to kill Supreme Court Justice Brett Kavanaugh was arrested outside the justice’s home in Maryland Wednesday.

Nicholas John Roske, 26, of Simi Valley, California, was carrying a gun, ammunition, a knife, pepper spray, a screwdriver, zip ties, and other gear when he was arrested by Montgomery County Police Department officers in the early morning hours Wednesday, according to a criminal complaint.

Roske, who is charged with attempted murder of a federal judge, told police that he was upset about Kavanaugh’s positions on Roe v. Wade and the Second Amendment, the complaint said.

The arrest follows weeks of heated rhetoric from Democrats following the May 2 draft opinion leak that signaled the conservative majority Supreme Court is poised to overturn Roe v. Wade.

Chicago Mayor Lori Lightfoot came under fire last month after she tweeted that the potential overturning of Roe v. Wade was a “call to arms” for those in the LGBTQ community.

Lightfoot later slammed the backlash as “ludicrous” and said her comment wasn’t meant to be taken literally.

Many Democrats, including Vice President Kamala Harris and Hillary Clinton, framed the potential overturning of Roe v. Wade as a literal death wish for women.

“This is the time to fight for women and for our country with everything we have,” Harris said in a statement the day after the leak.

Months earlier, Harris told the San Francisco Chronicle: “I don’t mean to sound alarmist, I mean this: Women will die.”

Clinton tweeted on May 2 that the decision “will kill and subjugate women even as a vast majority of Americans think abortion should be legal.”

“I want to tell you, Gorsuch, I want to tell you, Kavanaugh, you have released the whirlwind and you will pay the price,” Schumer, who was then minority leader, said at the time. “You won’t know what hit you if you go forward with these awful decisions.”

Following the May 2 leak, pro-abortion protesters descended on the Supreme Court, Catholic churches, pro-life organizations, and the justices’ private residences.

Within a week of the leak, vandals targeted at least five pro-life, crisis pregnancy centers (CPCs) across the country.

“More of this. May these people never know a moment of peace or safety until they rot in the ground,” Caroline Reilly, a reporter for Rewire News Group, tweeted after vandals threw a Molotov cocktail into the headquarters of a Wisconsin pro-life organization.

After Roske’s arrest, a pro-abortion group that has coordinated many of the protests, Ruth Sent Us, vowed to protest again “peacefully” outside Kavanaugh’s home Wednesday night.

President Biden, who previously encouraged protests outside the justices’ homes, said Wednesday that he condemned Roske’s actions “in the strongest terms” and supports legislation to fund increased security for the high court and judges.

During a floor speech Wednesday, Senate Minority Leader Mitch McConnell ripped the left’s “unhinged, reckless, apocalyptic rhetoric” and called on Congress to pass a bill that would expand security protection to the immediate family members of Supreme Court justices.

“This is exactly, exactly the kind of event that many feared that the terrible breach of the courts rules and norms could fuel,” he said. “This is exactly the kind of event that many worried the unhinged, reckless, apocalyptic rhetoric from prominent figures toward the court going back many months, and especially in recent weeks, could make more likely. This is exactly why the Senate passed legislation very shortly after the leak to enhance the police protection for justices and their families.”