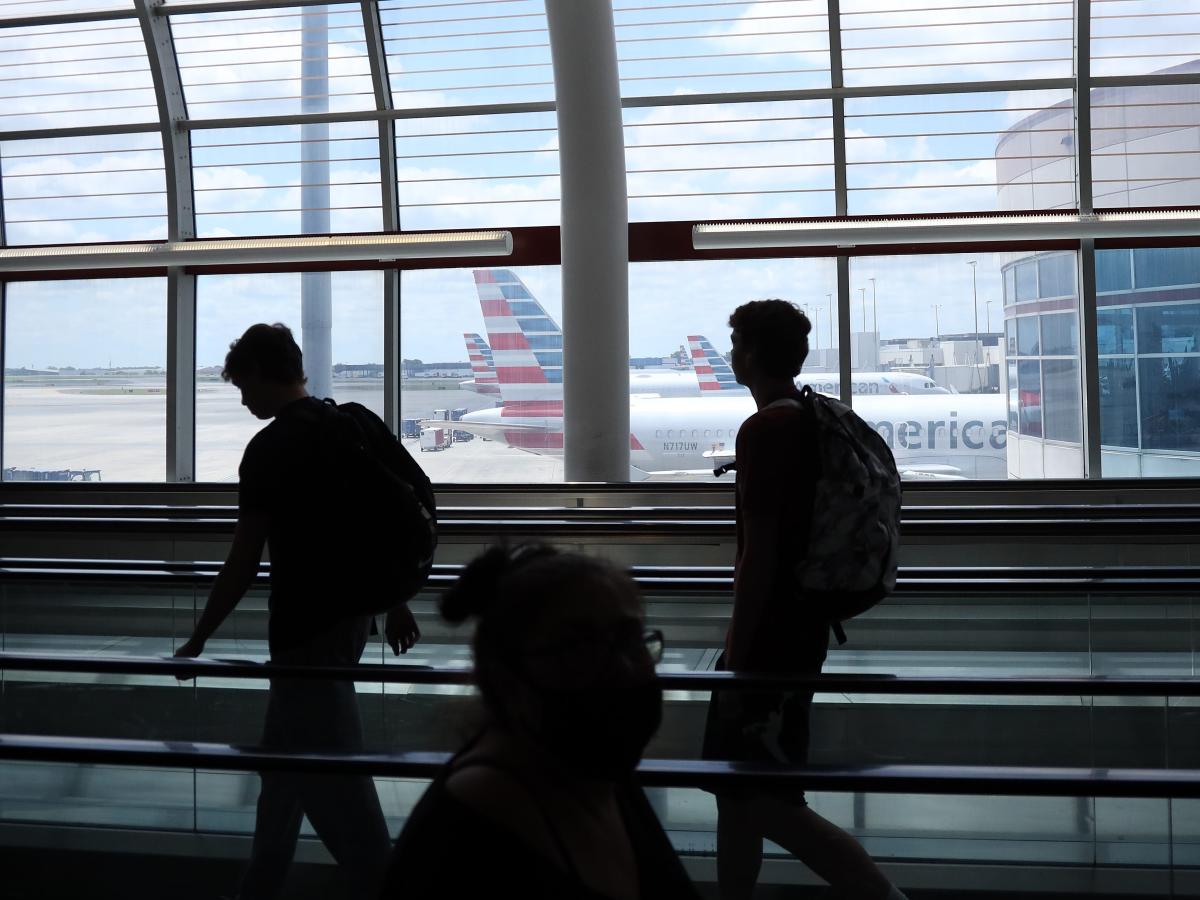 An American Airlines passenger has told Insider that her daughter still hasn’t got her carry-on luggage back two months after she had to check it in on a flight to North Carolina from Arizona.

“We purposely packed carry-on bags because I didn’t wanna have to worry about going through baggage claims and having to get our luggage,” passenger Beth Gill said, echoing sentiments shared with Insider by other travelers.

Gill, her husband, and two daughters spent a two-week vacation in Las Vegas in June, and were set to fly from Phoenix to Charlotte, North Carolina on June 16 with a connection to Raleigh.

But on the first leg of the flight, which was delayed, American Airlines told her husband and their 11-year-old daughter they needed to check their carry-on bags because there was no room in the overhead lockers, she said. Gill claimed that there was space in the lockers at the back of the plane.

“My husband was like, ‘This is ridiculous. They’re gonna lose our luggage,'” Gill said. “He just had a feeling about it.”

Charlotte Airport was in disarray when the family arrived, she said, with passengers running to catch flights and “people everywhere.”

After a number of delays because of a lack of flight crew, American Airlines finally canceled the flight from Charlotte to Raleigh at 1:30 a.m. on Friday morning, around two and a half hours after it was meant to depart, Gill said.

She was told the next available flight to Raleigh — around 160 miles by road from Charlotte — was on Sunday evening. The family wasn’t offered lodging or a rental car because neither was available, Gill told Insider.

She said that she was unable to find a hotel for her family, and they resorted to sleeping in the airport.

Gill said that she and her family slept on window ledges with beach blankets over them, using backpacks as pillows. Her husband went down to baggage claim to collect their luggage based on the advice of staff, but when he got there he was told that there were no staff working at the time who could unload the plane, Gill said.

Her husband was told that baggage reclaim counts as outside the airport, meaning he wasn’t allowed back into the terminal to join her family, Gill said.

Instead of waiting until the flight on Sunday evening, the Gill family caught an early-morning train to Raleigh on Friday. The tickets came to $94.50, a booking confirmation viewed by Insider shows. She also spent around $85 on Uber journeys to and from the train stations.

But there was a catch: Opting to travel by train, rather than waiting until the next available flight, meant that she couldn’t collect the two carry-on bags that had been checked in.

“We were told we couldn’t pick our luggage up from baggage claim in Charlotte until 7 a.m.,” Gill said. “We had to leave the airport without my daughter and husband’s luggage.”

Gill said American Airlines later told her that both bags had been scanned into Raleigh airport.

She said that her husband got his luggage back but that her daughter’s, which had Gill’s name and phone number written on, still hasn’t been returned, two months after her flight. She has been to the airport three times trying unsuccessfully to get help, she told Insider, conceding she didn’t think the bag would ever be found.

Gill said that the family hadn’t received any compensation for the lost luggage, but the family did get $83 each for the canceled leg of their flight.

“Customer service has been nonexistent,” she said. American Airlines didn’t respond to Insider’s request for comment.

Neither Raleigh Airport nor Charlotte Airport immediately responded to Insider’s requests for comment, made outside usual business hours.

Airlines and airports are struggling to increase their staffing to meet soaring summer travel demand. Pandemic layoffs, strikes, and resignations mean that they don’t have as many workers to carry out business as usual, leading to flight delays, cancellations, long lines at security, and lost luggage.

Passenger numbers at Charlotte – one of the busiest airports in the world – are back to prepandemic levels. In June, more than 4.3 million passengers flew to and from the airport, around 40,000 more than during the same month in 2019.