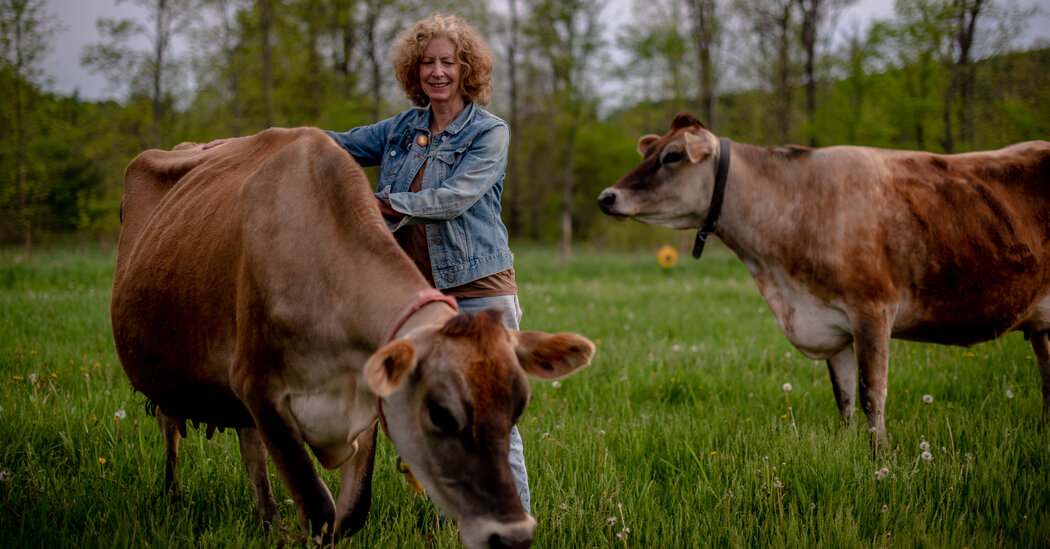 When Ms. St. Clair started Animal Farm in 1999, she knew she wanted to raise Jersey cows. With them came a seemingly endless river of milk that needed a purpose.

“Everyone else in Vermont was doing cheese,” Ms. St. Clair said, “I saw a niche with butter.”

Specifically, the kind of tangy, high-fat, marigold-colored butter she’d eaten in Europe, for which the ultra-creamy milk her Jersey cows produced was perfectly suited. (Most dairy cows in the United States are Holsteins, which yield a larger quantity of milk with a lower fat content.)

Back then, no one she knew in the United States was making small batches of European-style butter from their own cows, and there were no guidelines for how to do it. The nearby Vermont Creamery had started making European-style butter a year earlier, in 1998, but from purchased milk, which, like making wine from purchased grapes, puts the agricultural part of the equation out of the producer’s control.

Relying on out-of-print dairy manuals from the 19th century, she eventually figured out that culturing the cream before churning it, a process also called clabbering, vastly improved both the taste and the texture, making the end result thicker and more pliant, and adding a pleasing nuttiness.

Culturing is a standard practice for premium butter in Europe, and it was in the United States as well before the widespread industrialization of the dairy industry shifted to uncultured “sweet” butter, those pale, bland sticks in the supermarket, because it was faster and cheaper to produce at scale. (The intense labor involved in producing small quantities of handmade butter from Ms. St. Clair’s own Jersey cows, along with high demand from luxury restaurants, accounts for the extravagant price tag.)

Once Ms. St. Clair was satisfied with her experiments, she overnighted a sampler 3,000 miles away to a famous chef she’d never met, along with a handwritten letter requesting his feedback.