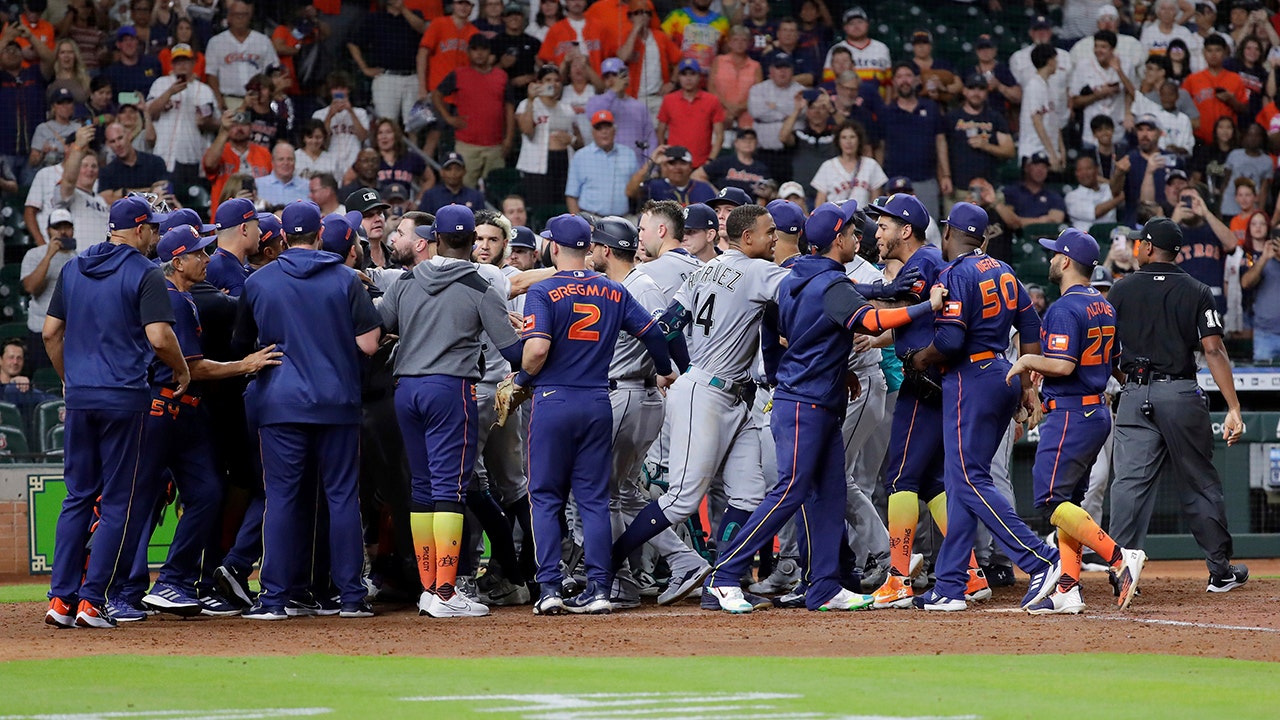 Houston Astros reliever Hector Neris and manager Dusty Baker have been handed suspensions by MLB following Monday night’s face-off between the Astros and Seattle Mariners that saw a bench-clearing brawl.

Both Astros have been fined an undisclosed amount of money. Baker has been assigned a one-game suspension while Neris was hit with four games.

The Houston Chronicle’s Danielle Lerner reported on Tuesday that MLB gave Neris the four-game suspension “for intentionally throwing at Eugenio Suarez of the Mariners in the area of the head while warnings were in place.”

The suspension-triggering incident gradually escalated in the ninth inning. After Mariners infielder Ty France was hit with an errant pitch by Neris, both benches met in the middle for a heated discussion. Mariners manager Scott Servais and Astros staff member Omar Lopez were booted as a result.

Neris, amid warnings from the ump, threw a pitch behind the head of Suarez. Neris and Baker were then ejected from the game.

Seattle Mariners batter Eugenio Suarez ducks a pitch near his head from Houston Astros relief pitcher Hector Neris during the ninth inning of a baseball game Monday, June 6, 2022, in Houston. Neris was ejected from the game for the pitch which happened on the next batter after Neris hit Seattle Mariners’ Ty France, causing both dugouts to empty with ejections on both teams.
(AP Photo/Michael Wyke)

Baker’s suspension will be served Tuesday night as Seattle and Houston face off for game 2 of the three-game series.

“I don’t want to talk about it too much more because I’m already kind of pissed off,” Baker said after Monday’s 7-4 loss.

Neris commented after being ejected from the contest: “[Chris Guccione] couldn’t say if it’s on purpose or not [the pitch to Suárez], but he said after a warning he had to do it.” The reliever did not admit to intentionally throwing the wayward pitches.

Both dugouts empty and umpires try to keep order after Seattle Mariners batter Ty France was hit by a pitch from Houston Astros relief pitcher Hector Neris during the ninth inning of a baseball game Monday, June 6, 2022, in Houston.
(AP Photo/Michael Wyke)

“I don’t have a comment about that,” Neris said on the potential deliberation. He appealed the suspension on Tuesday and will remain on the active roster as a result.