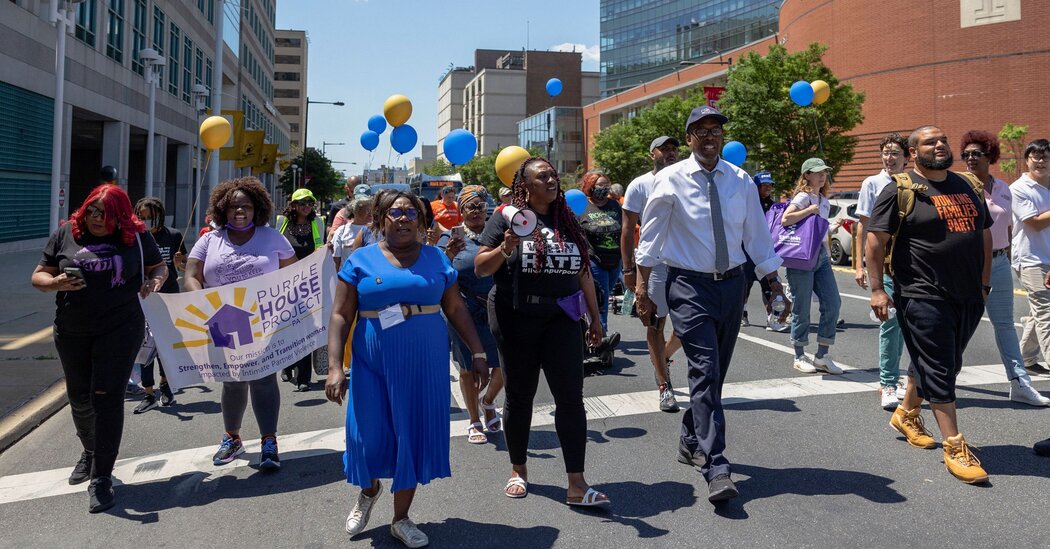 Three people were killed and 11 were injured Saturday night in a shooting in downtown Philadelphia, the authorities said.

Police officers were patrolling South Street, a lively area with many restaurants and bars, when “they observed several active shooters shooting into the crowd,” Inspector D.F. Pace of the Philadelphia Police Department said at a news conference early Sunday.

One of the officers had fired at one of the gunmen, but it was unclear whether the gunman had been hit, Inspector Pace said.

Fourteen victims were taken to a hospital after the shooting, he said, adding that among them, two men and a woman had been pronounced dead upon arrival. Their names have not yet been released.

“You can imagine there were hundreds of individuals just enjoying South Street, as they do every single weekend, when this shooting broke out,” Inspector Pace said.

He said that the investigation was continuing, and that the police would review surveillance footage to help identify the gunmen.

At least two guns have been recovered from the scene, one with an extended magazine, Inspector Pace said, adding that numerous shell casings littered the surrounding area.

The Gun Violence Archive, a nonprofit organization, has counted nearly 240 mass shootings so far this year, defined as one in which four or more people were killed or injured. Shootings in the United States rose sharply during the pandemic.