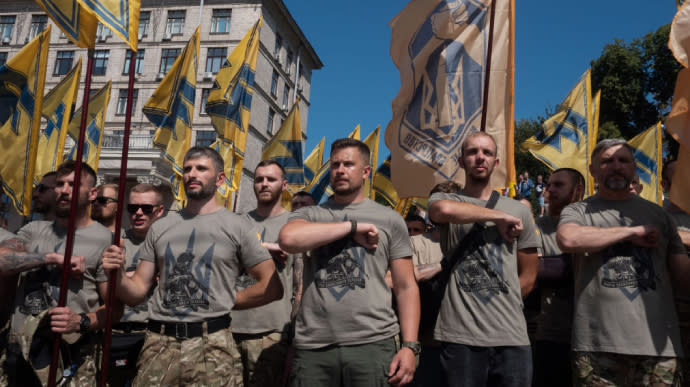 Units of the Azov Regiment announced a hunt for all those involved in the mass murder of Ukrainian prisoners of war in Olenivka on 29 July.

Source: Andriy Biletskyi, founder of the Azov Regiment and leader of the National Corps party, on Telegram

Quote from Biletskyi: “Regarding the attack on the [penal] colony in Olenivka, where our comrades from “Azovstal” are located: last night, the Russians killed some of the captured “Azov” fighters.

The Russian command has framed the mass killing of prisoners as the action of the Ukrainian army. The soldiers of the Azov Regiment had been transferred to a separate building.

It is already obvious that this was a pre-planned act by a country for which the concept of officer’s honour is unknown, much the less compliance with the Geneva Conventions and the rules, laws and customs of war.

I, on behalf of the Azov units, announce a hunt for everyone involved in the mass murder. Every rank-and-file actor and every organiser, regardless of their position and location, will bear responsibility. Wherever you hide, you will be found and exterminated.”

Details: According to Biletskyi, the Ukrainian military is collecting information about the victims and perpetrators of this war crime.

Background: On the morning of 29 July, Russian propaganda sources reported the shelling of the penal colony in Olenivka, Donetsk Oblast, where Ukrainian prisoners are being held. Ukrainska Pravda’s sources have emphasised that the attack on the Ukrainians was inflicted by Russia.

Journalists fight on their own frontline. Become our patron, support our work