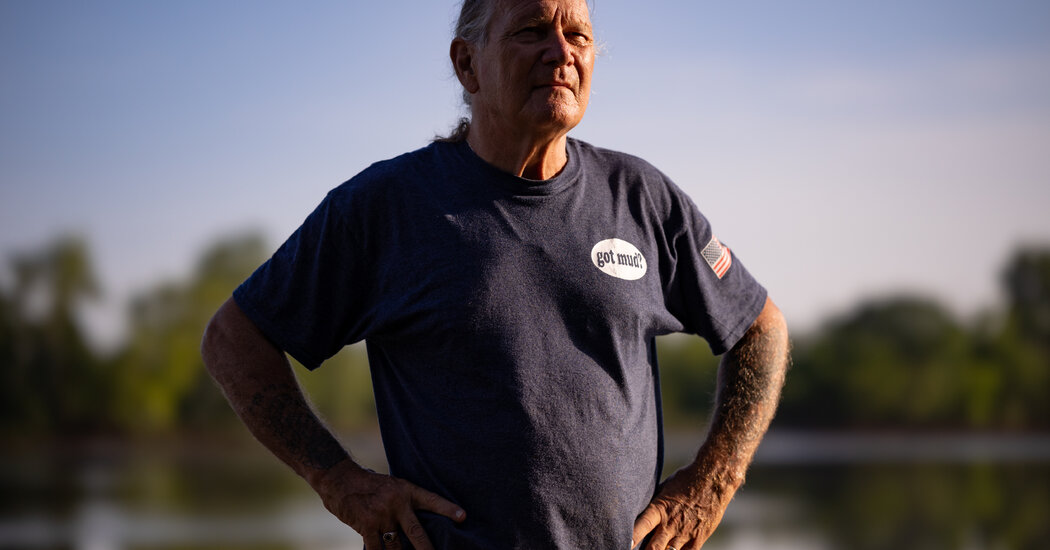 A 45-gallon rubber barrel sits in a cluttered garage along the Jersey Shore, filled waist-high with what looks like the world’s least appetizing chocolate pudding. It is nothing more than icky, gooey, viscous, gelatinous mud.

This particular mud, hauled in buckets by one man — Jim Bintliff — from a secret spot along a New Jersey riverbank, is singular in its ability to cut the slippery sheen of a new baseball and provide a firm grip for the pitcher hurling it at life-threatening speed toward another human standing just 60 feet and six inches away.

Consider what this means: That Major League Baseball — a multi-billion-dollar enterprise applying science and analytics to nearly every aspect of the game — ultimately depends on some geographically specific muck collected by a retiree with a gray ponytail, blurry arm tattoos and a flat-edged shovel.

One hundred million Americans from Arizona to Boston are under heat emergency warnings, and the drought in the West is nearing Dust Bowl proportions. Britain declared a national emergency as temperatures soared above 100 degrees Fahrenheit and parts of blistering Europe are ablaze.

But on Capitol Hill, Republicans were warning against rash action in response to the burning planet.

Few Republicans in Congress now outwardly dismiss the scientific evidence that human activities — the burning of oil, gas and coal — have produced gases that are dangerously heating the Earth.

But for many, denial of the cause of global temperature rise has been replaced by an insistence that the solution will hurt the economy. Delay is the new denial.

Written and narrated by Kasia Pilat

As the number of air travelers rises, returning to near-prepandemic levels, so do questions about flying protocols and rules — particularly what travelers can and cannot take in their carry-on luggage when flying within the United States. For instance: Is guacamole a solid or a liquid? (It’s a gel, which falls under the same restrictions as liquids and is not allowed in your carry-on — unless it’s inside a 3.4-ounce container.)

Here’s a guide to help you navigate the more ambiguous carry-on rules — with some quiz questions throughout to test your knowledge, too.

Julia Whelan is the soothing, assured female voice behind Gillian Flynn’s thriller “Gone Girl,” Tara Westover’s memoir “Educated” and more than 400 other audiobooks, as well as the narrated versions of many articles for New York, The New Yorker and other magazines.

A former child actress, Whelan was 15 when she was cast in the ABC drama “Once and Again,” Edward Zwick and Marshall Herskovitz’s follow-up to “Thirtysomething.” Then as a 30-something herself, Whelan found she could more successfully blend personal happiness and professional achievement if she moved her performances from the stage to the page.

She has emerged as one of Audible’s most popular narrators, said Diana Dapito, the audio company’s head of consumer content. “You have a lot of driveway moments with Julia,” she said, meaning that you can’t turn off the car and stop listening, even once you’ve arrived home.

Written and narrated by Tiffany Hsu

Ted Anderson, a precious metals seller, was hoping to rustle up some business for his gold and silver dealership when he started a radio network out of a Minneapolis suburb a couple of decades ago. Soon after, he signed a brash young radio host named Alex Jones.

Together, they ended up shaping today’s misinformation economy.

Their moneymaking blueprint has been reproduced by numerous other misinformation peddlers.