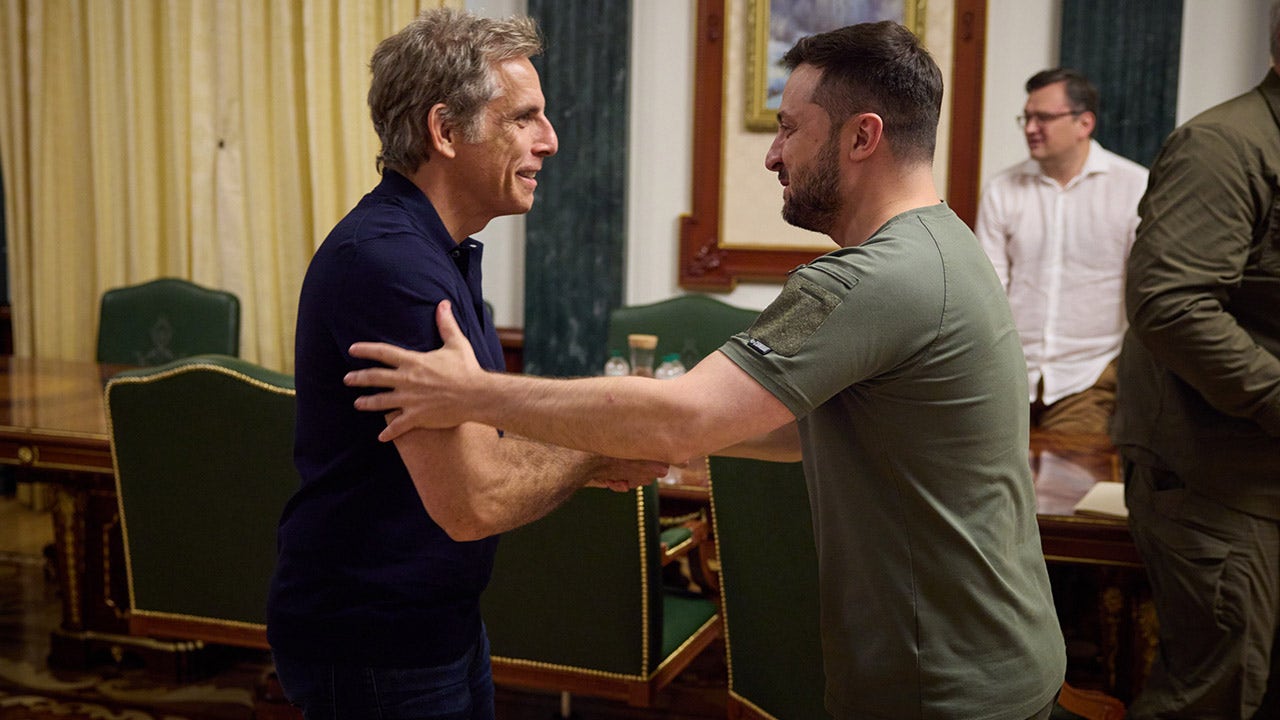 Stiller touring occupied settlements in the Kyiv region of the war-torn country and spoke with survivors of the occupation in Irpin before meeting with Zelenskyy.

“It’s one thing to see this destruction on TV or on social networks. Another thing is to see it all with your own eyes. That’s a lot more shocking,” Stiller said.

“What you saw in Irpin is definitely dreadful. But it is even worse to just imagine what is happening in the settlements that are still under temporary occupation in the east,” Zelenskyy responded.

At one point during the meeting, Stiller told Zelenskyy, “you’re my hero.”

Stiller was joined by UNHCR representative in Ukraine Karolina Lindholm Billing during the visit at the president’s office.

During their meeting, Zelenskyy “emphasized the violation of the rights of Ukrainians forcibly deported to Russia, including children.”

The group also discussed the needs of the people displaced from their homes, including people in Poland.

“It was an honour to meet President @ZelenskyyUa on #WorldRefugeeDay as part of my visit with UNHCR @Refugees to stand in solidarity with people forced to flee in Ukraine and worldwide, and bring more attention to the humanitarian situation,” Stiller tweeted to his millions of fans.

“I’m meeting people who have been impacted by war, and hearing how it’s changed their lives,” he said in a separate video for UNHCR.

“War and violence are devastating people all over the world. Nobody chooses to flee their home. Seeking safety is a right. And it needs to be upheld for every person.”