Biden comeback? Media hypes ‘success’ following Schumer-Manchin deal while Sinema has yet to back climate bill 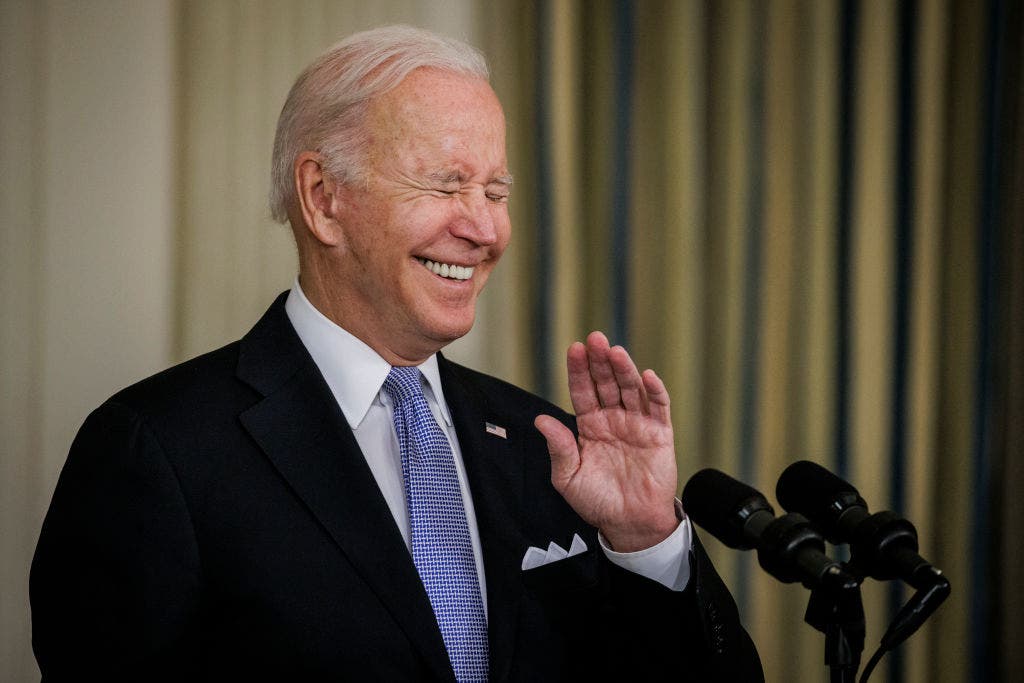 The liberal media is already hyping the political comeback of President Biden based on legislation that does not yet have the votes among Democrats to pass Congress.

Ever since the chaotic military withdrawal from Afghanistan, Biden’s polling has plummeted and issues continued mounting from inflation, soaring gas prices, the supply chain crisis, the baby formula shortage, spikes in crime, the overflow of migrants at the southern border, the lingering COVID pandemic and now a recession all while his progressive agenda had stalled on Capitol Hill.

That is until last week when it was announced that a deal was brokered between Senate Majority Leader Chuck Schumer, D-N.Y., and Sen. Joe Manchin, D-W.V., who progressives have long accused of blocking the president’s ambitious policies.

The roughly $433 billion spending bill, called the Inflation Reduction Act, includes a tax hike on the wealthiest corporations and provides funding for various climate change initiatives. However, some economic experts have said the bill will ultimately increase taxes on most Americans despite Biden’s pledge that no one making under $400,000 will pay more and that despite the bill’s name, it will actually fuel inflation in the short-term before reducing it in the long-term.

Sen. Joe Manchin, D-W.V. and Senate Majority Leader Chuck Schumer, D-N.Y. struck an agreement on a tax and climate bill heralded by the media as a major win for the Biden agenda.
(F. Carter Smith/Kent Nishimura)

With a 50-50 Senate, however, every Democrat must back the bill in order for it to reach Biden’s desk, which means the key vote will come from Sen. Kyrsten Sinema, D-Ariz., who has yet to express support for the legislation.

However, that has not stopped the media from taking a victory lap on behalf of the president.

Politico declared that Biden is “back in the game,” writing “After enduring a brutal year dominated by economic angst, legislative setbacks and sinking approval ratings, the president is suddenly on the verge of a turnaround that, the White House believes, could salvage his summer — and alter the trajectory of his presidency.”

Buried in the 26th paragraph of Politico’s report was the mention that the U.S. economy suffered back-to-back consecutive quarters of negative GDP growth, which has long been the indicator of a recession.

U.S. President Joe Biden speaks during a press conference in the State Dinning Room at the White House on November 6, 2021 in Washington, D.C.
(Samuel Corum/Getty Images)

“That big sound you hear in the background is a sigh of relief for the Democratic Party, that we actually could be able to deliver on some of this stuff,” Jones said to CNN anchor Jim Sciutto on Thursday.

He continued, “Listen, if you just erase the past six months of nutty stuff, it looks like you’ve got a president that can get an infrastructure bill done, get COVID stuff done, get something done for the American people on climate, get something done on CHIPS- that’s a successful presidency, you just have the past six months of nonsense that takes away from it.”

It is unclear what “nutty stuff” Jones specifically alluded to that allegedly occurred over the past six months.

Jones might have meant the ongoing inflation, soaring gas prices, the baby formula shortage, the surge in monkeypox cases, the Supreme Court decision to overturn Roe v. Wade, the rise and fall of the now-defunct “Disinformation Governance Board,” the series of mass shootings across the country, the war between Russia and Ukraine, or how the U.S. economy is in a recession.

CNN contributor Van Jones deemed the Biden presidency “successful” besides the “nutty stuff” that took place over the past six months.
(REUTERS/Mike Segar)

“Real Time” host Bill Maher hyped the Schumer-Manchin agreement as a “big f—in’ deal” for President Biden, referring to Biden’s famous quote from the passing of the Affordable Care Act during the Obama presidency.

“We thought this era was over where people could make deals… this is what mature governing looks like,” Maher said during a panel discussion on Friday, portraying the deal-making as if the deal was bipartisan between both Democrats and Republicans while the Schumer-Manchin agreement is only supported by Democrats.

While the HBO star acknowledged the bill is “not quite signed, sealed and delivered,” Maher suggested that Biden could go from being “dead in the water” a week ago to his presidency being “savable” because of the legislation.

Washington Post columnist Jennifer Rubin, regarded as one of the Biden administration’s biggest cheerleaders, suggested a “remarkable comeback” for the president is around the corner.

“if Manchin really has agreed to a more robust bill (and if @SpeakerPelosi can herd cats in the House) this would be a remarkable comeback – now in a midterm year, allowing Biden and Manchin to both look good. Might be too much to hope for,” Rubin tweeted.

Axios co-founder Mike Allen offered a rosy picture of the Biden administration, blaming its stumbles in part by the president’s ineffective messaging.

In a piece headlined “Biden’s success story,” Allen alleged President Biden “has slowly but substantially re-engineered significant parts of the American economy,” “achievements” which have been “obscured” by the ongoing COVID pandemic, inflation and “broad disenchantment.”

“Love it or hate it, piece by piece, Biden has pumped billions into infrastructure projects, helped revive the domestic semiconductor industry, and accelerated U.S. viral research and vaccine production capabilities. He might be on the cusp of the biggest domestic clean-energy plan in U.S. history,” Allen told readers Sunday.

Allen insisted the Biden agenda has an “America First twist,” pointing to an increase in drilling, improving infrastructure, an increase in U.S. manufacturing jobs and vaccine development.

“Biden hasn’t done a dazzling job explaining this to the public. And it’s possible no amount of explaining can excite people when prices are soaring and viruses are spreading,” Allen wrote. “It’s also clear his early spending binge helped exacerbate inflation — the overshadowing topic of the day.”

The Axios co-founder then listed Biden-era legislative achievements like the CHIPS act that was recently passed in Congress, the $1-trillion infrastructure bill as well as the “another huge win” the president may get with the climate bill.

“These developments required bipartisanship — something Biden promised but gets little credit for, since these thin bands of Republican support look nothing like traditional bipartisanship,” Allen wrote, adding that “the bottom line” is “Not only did Biden land these economic measures and a gun-control bill, but same-sex marriage protection is getting close — baby steps, but in a once unthinkable direction.”

No mention in Allen’s piece was the recession that the U.S. economy is in. Regardless, he appeared on MSNBC’s “Way Too Early” to tout Biden’s “winning streak” and “remarkable record.”