Biden loses control of inflation, and the trust of American people 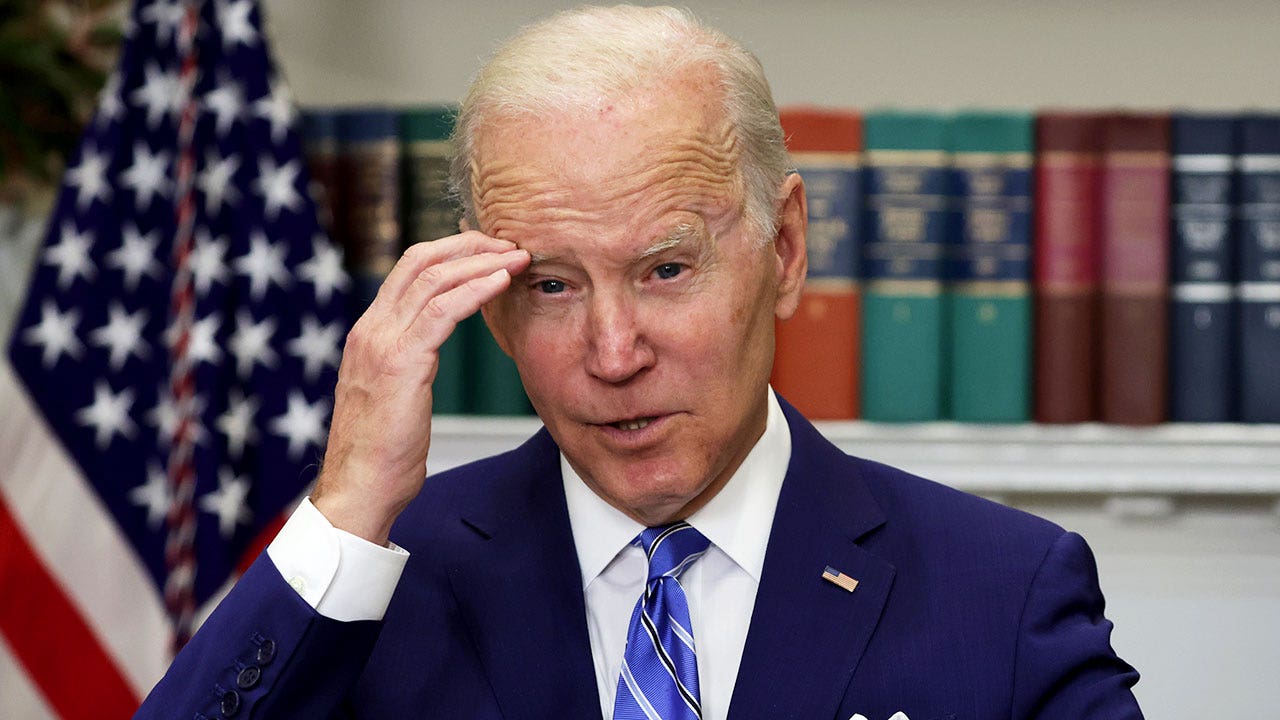 Remember how President Joe Biden wanted to be an historic president — pointedly hanging FDR’s portrait over the fireplace in the Oval Office?

Turns out, as we now officially fall into bear market territory and Americans are getting poorer by the minute, Biden’s dreams are coming true.

For example, consumer sentiment plummeted in June to the lowest level ever recorded in the 70-year history of the University of Michigan index. It is a stunning collapse, not seen even during the darkest days of the COVID-19 scare. The index fell to 50.2 from 58.4 in May – already a recession-level reading – and was far below the 58.1 projected by economists.

Meanwhile, the New York Federal Reserve just reported that consumer expectations for inflation hit a record level in May, as did pessimism about the stock market.

It seems the country has never been so gloomy. Way to go, Joe!

These are remarkable achievements, considering that most people who want a job can get one. Almost half the respondents to the Michigan survey noted gasoline prices or inflation generally as a reason for their pessimism, but clearly there is something else going on.

I call it The Great Distrust. Simply stated, Americans have lost their confidence in our leaders, our institutions (think FBI, Congress, public education, CDC etc.) and, most especially, our president. We are trying to keep our balance on an ever-shakier foundation, trying to move forward as the pillars of our country are eaten away by a rising tide of political discord and dishonesty.

At the heart of that corrosion: President Joe Biden.

Consider Biden’s recent speech at the Port of Los Angeles, where he addressed inflation which he alternately called his “top economic priority” and “Putin’s tax on both food and gas.”

Biden’s speech went way beyond his usual misleading blather about “creating” 8.7 million new jobs since he took office and “cutting the federal deficit by $1.7 trillion.”

It wasn’t the only time:

Things are far gloomier for Americans than the White House pretends.

These are little lies, but Biden’s White House indulges in Big Lies, too. Lies about voting rights and border security and the imminent danger posed by climate change.

But it is lies about the economy that are convulsing our markets and that could well lead us into recession.

First up, is not admitting that spending $1.9 trillion from the Democrat-only American Rescue Plan ignited inflation.

When Biden signed that bill, spewing hundreds of billions of dollars to Americans sitting on $2.5 trillion in excess savings, the country was growing at six percent and recovering rapidly from the COVID-19-induced downturn. Biden claims the economy was on the brink of recession when he took office and required the lavish handouts; that is not true.

Not being honest about the source of inflation — excess spending — means Biden can continue to pretend that his Build Back Better program, realistically estimated to cost $3-$5 trillion, would reduce inflation. Nobody believes that, including those 17 Nobel laureates the president often cites as having endorsed the giant bill.

The Washington Post did a survey of those academics and, no surprise, many backtracked from the assertion that BBB would lower prices.

Americans no longer believe in Biden. When Biden was inaugurated, 47 percent of Americans considered him honest, while 36 percent did not; today, he is underwater by roughly six points.

The turn came when he misled Americans about the disastrous pull-out from Afghanistan, which left 13 service members dead. He said he hadn’t been warned about the risks of a hasty departure; in an extraordinary breach of decorum, his most senior military officials, including Defense Secretary Lloyd Austin and Chairman of the Joint Chiefs Mark Milley disputed that claim.

A president who loses the trust of his country will pay a hefty price, but so do his constituents. We are witnessing that today, as stock prices crash.

Investors are not just responding to lower earnings estimates and higher interest rates; they are also selling assets because they have zero confidence that this White House and this president have any idea how to put our economy back on a sounder path.

After dismissing rising alarms about inflation, and then fabricating endless excuses as to why they were not responsible, the people in charge have ceded their credibility.

His advisors, including Treasury Secretary Janet Yellen, have shown themselves to be shills for Democrats’ big spending agenda, not thoughtful stewards of our economy.

Biden and his team advocate for proposals that are an unwelcome reversion to Obama-era anti-business policies, which caused the slowest-ever recovery from a recession.

They argue it wasn’t higher taxes and increased regulation that sapped business confidence and stalled investment after the Great Recession, but rather that the amount of stimulus money shelled out to stimulate the economy was too small. After spending more in the past three years than was sent went to wage World War II, we are seeing the danger of such an approach.

Most crazily, Biden continues to plug for the Green New Deal and renewable energy, refusing to unleash the greatest of all American comparative advantages — our huge oil and gas reserves. This, even as polling shows Americans frantic about the soaring price of gas at the pump and blaming Joe Biden for the increase.

Can anything turn around Joe Biden’s sinking fortunes and revive America’s innate optimism? He could start by being honest — about our problems and about possible solutions.

That seems a long shot.

Liz Peek is a Fox News contributor and former partner of major bracket Wall Street firm Wertheim & Company. A former columnist for the Fiscal Times, she writes for The Hill and contributes frequently to Fox News, the New York Sun and other publications. For more visit LizPeek.com. Follow her on Twitter @LizPeek.