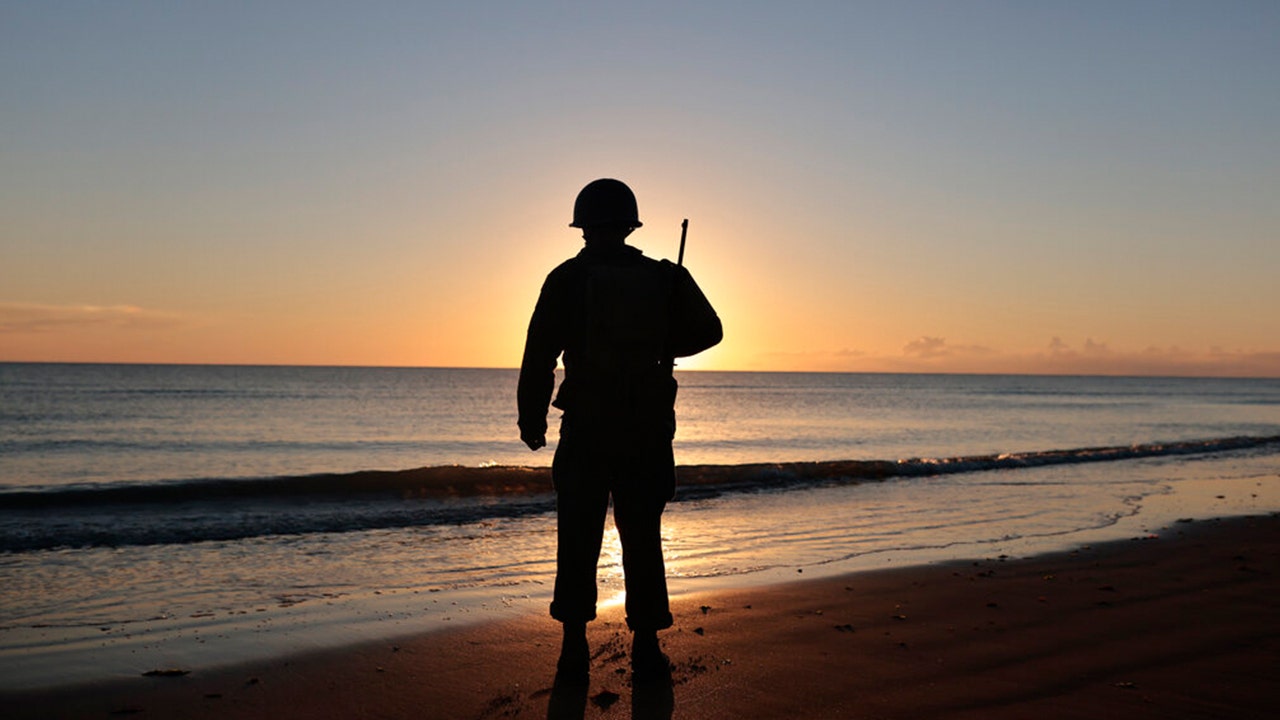 With the 78th anniversary of D-Day nearly over, President Biden has so far failed to issue a statement on the historic day that was widely regarded as a decisive turning point during World War II.

The snub marked the second year in a row the Biden White House failed to issue any kind of statement on the anniversary.

The nearest military-related tweeted on the president’s Twitter feed includes a shout-out to Admiral Linda Fagan, the first woman to serve as Commandant of the Coast Guard, and the first woman to lead any branch of the Armed Forces.

Another recent tweet from the president included his meeting with K-pop band, BTS, with whom he discussed anti-Asian hate crimes.

Biden did send Army Gen. Mark A. Milley, chairman of the U.S. Joint Chiefs of Staff, to Normandy, where he likened the Normandy invasion to Ukraine’s fight against Russia.

A woman holds a bouquet of roses during the 78th anniversary of D-Day ceremony, in the Normandy American Cemetery and Memorial of Colleville-sur-Mer, overlooking Omaha Beach, Monday, June, 6, 2022.
(AP Photo/ Jeremias Gonzalez)

“The fight in Ukraine is about honoring these veterans of World War II,” Mark Milley said at the American Cemetery of Colleville-sur-Mer, overlooking Omaha Beach in Normandy. “It’s about maintaining the so-called global rules-based international order that was established by the dead who are buried here at this cemetery.

Milley said the world is “again seeing death and destruction on the European continent.”

Fox News has reached out to the White House for comment but did not hear back before publication.

Former Presidents George W. Bush, Barack Obama, and Donald Trump all acknowledged the anniversary of D-Day in some capacity during their first year in office. President Ronald Reagan delivered one of his most famous addresses on the D-Day anniversary in 1984.

Thus far, Biden’s tenure as commander in chief includes the widely panned disastrous retreat from Afghanistan which he wanted timed to mark the 20th anniversary of the 9-11 attacks, which were largely planned in that country.

Fox News’ Brooke Singman and The Associated Press contributed to this report.