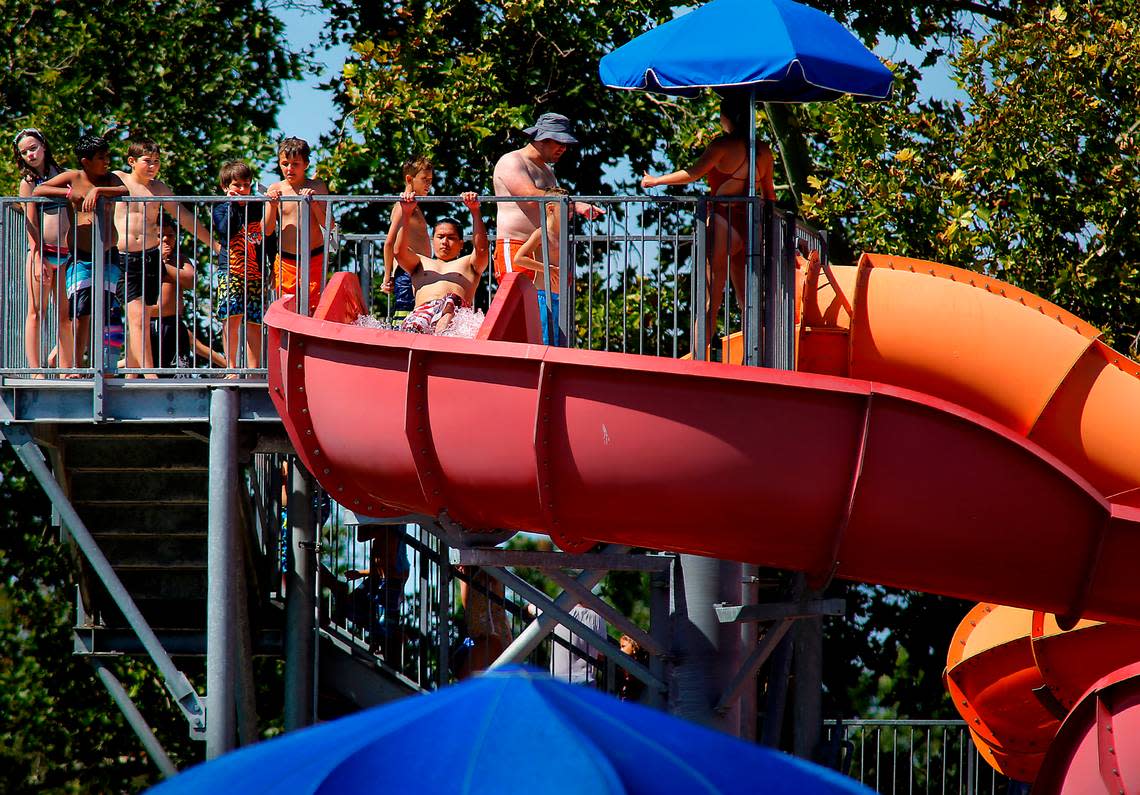 At least eight days of sweltering, triple-digit temperatures in the Tri-Cities are forecast to start at least by Monday.

It predicts the hottest days of the week will be Wednesday through Friday, with temperatures of 109 Wednesday and Thursday and 108 on Friday.

The Weather Channel predicts the hottest day will be Friday, with a high that reaches 114.

Temperatures will be dangerously high, particularly because of limited cooling at night, says the weather service.

Overnight lows will drop no lower than the 70s from Monday night until at least Friday night, with a low of 75 forecast for Wednesday night, according to the weather service.

“Be prepared to drink plenty of fluids, stay in an air-conditioned room, stay out of the sun and check up on relatives and neighbors,” says the weather service.

Car interiors will reach lethal temperatures in a matter of minutes, it said, warning against leaving children and pets in parked cars.

The Port of Kennewick has canceled a ribbon cutting Friday for the second phase of Columbia Gardens Urban Wine and Artisan Village because of the forecast heat.

The weather service forecast a high of 98 for Sunday July 24, climbing to the low 100s Monday and Tuesday.

The Weather Channel, which releases a two-week forecast, predicted that the stretch of triple-digit highs would start Sunday July 24, with the high not dropping back into the 90s until Tuesday Aug. 2.

It puts all three days of Water Follies weekend July 29-31 in the Tri-Cities at more than 100 degrees, although highs should drop from 114 Friday to 106 Saturday and 103 Sunday.

The weather service’s excessive heat watch stretches across much of Eastern Washington, including west to Ellensburg and north to beyond Spokane and as far south as La Grande, Ore.

Accuweather says temperatures for all of Oregon and Washington and much of Idaho will be 10 to 15 degrees above normal for most of the week.

Normal average highs for the Tri-Cities in July are 93 and normal average lows are 57. It’s usually the hottest and driest month of the year, with normal precipitation of 0.15 inch.