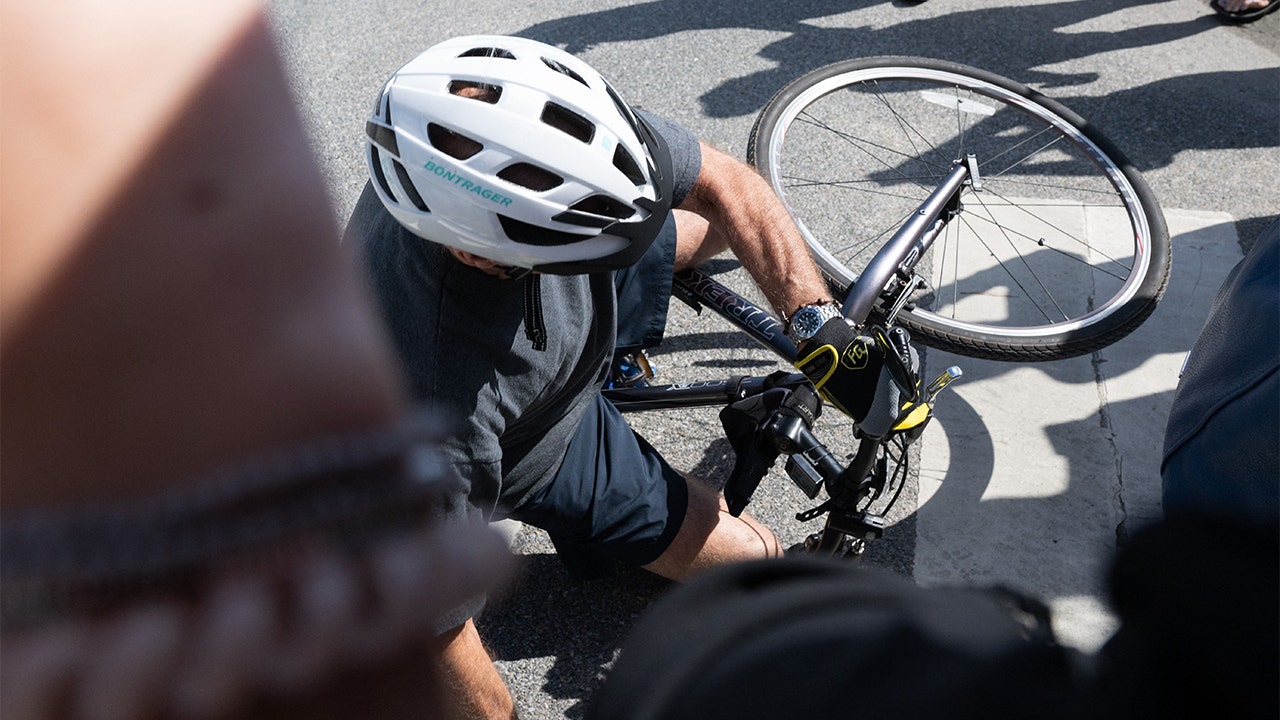 The site in Cape Henlopen State Park, Del., where President Biden paused to speak with passers-by and fell off his bicycle in June was briefly added as a landmark on Google Maps before it disappeared again late Tuesday.

Around the same time, House Transportation Committee member Troy Nehls, R-Texas, highlighted several blown-up photos including one featuring the Easter Bunny to question USDOT Secretary Pete Buttigieg on his opinion of invoking the 25th Amendment to remove the president.

While it had disappeared by Tuesday night, a pin appeared at the junction of the entrance road to the Gordon’s Pond area of the state park, with the address of “Brandon Falls; Lewes, DE.”

The spot was at or near the point where Biden took a tumble when stopping to chat with pedestrians – which the president later chalked up to getting his foot caught in a bike pedal’s toe clip.

The “Brandon” reference stems from a chant at a 2021 NASCAR Xfinity Series race at Talladega Superspeedway in Alabama, wherein NBC Sports reporter Kelli Stavast told race winner Brandon Brown that fans were cheering “Let’s Go Brandon” – when in reality the crowd on the frontstretch was actually chanting “F— Joe Biden.”

Before it was taken down, the new coastal “tourist attraction” had roughly a 4.9 out of 5-point rating and several politically charged “reviews” lampooning the president and his administration.

“Meanwhile, more and more Americans are now raising serious questions about the president’s mental fitness,” he added, while noting how Nehls had grilled Buttigieg on Biden’s mental fitness.

Nehls went on to tell Hannity that after 18 months in office, Biden has been “shaking hands with Casper” – in reference to the cartoon ghost – and had allowed the White House’s Easter Bunny to goad him away from reporters earlier this year.

During the hearing, an agitated Buttigieg shot back at Nehls, criticizing Trump in the process: “First of all, I’m glad we have a president who can ride a bicycle – and I will look beyond the insulting nature of your question.”