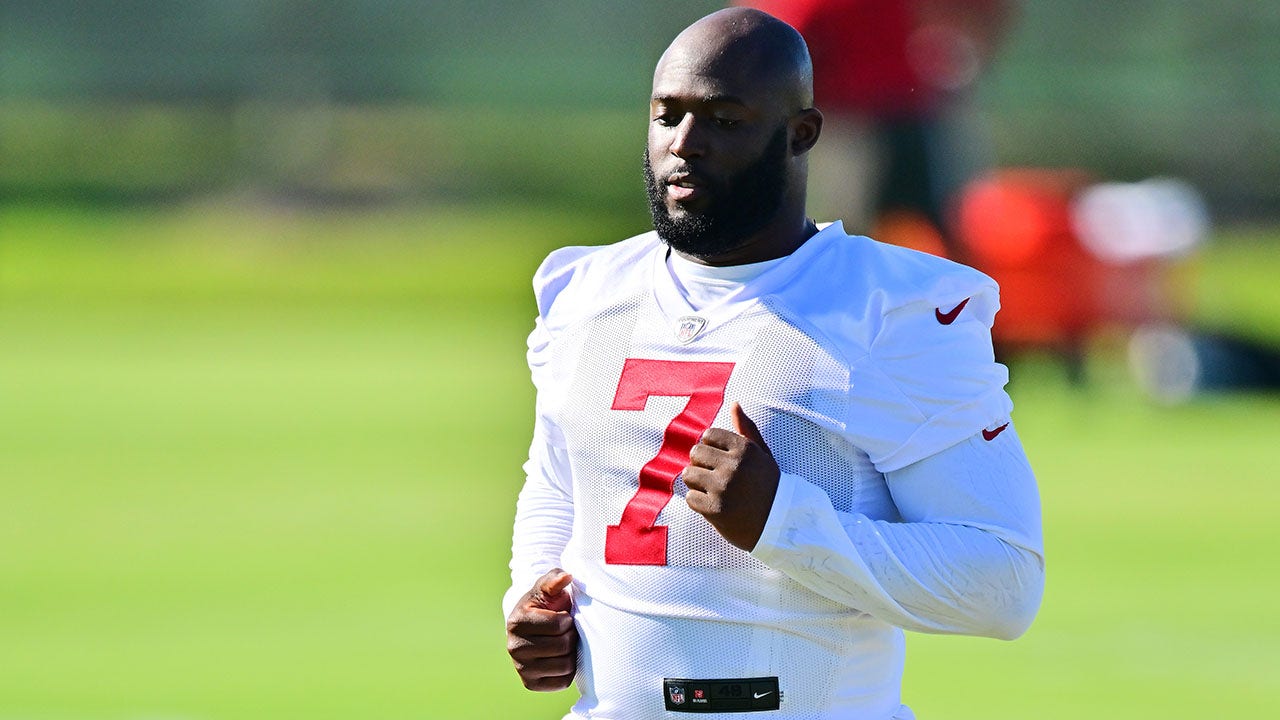 Tampa Bay Buccaneers running back Leonard Fournette is apparently in some hot water with the team.

The talented running back reportedly showed up to mandatory minicamp weighing roughly 260 pounds. That’s a noticeable amount more than 228 pounds he was in 2021, and coaches were “not happy,” according to Rick Stroud.

Tampa Bay Buccaneers running back Leonard Fournette (7) before the NFC Divisional playoff game between the Los Angeles Rams and the Tampa Bay Buccaneers on January 23, 2022, at Raymond James Stadium in Tampa , FL.
(Photo by Jordon Kelly/Icon Sportswire via Getty Images)

“Coaches were not happy, and that’s an understatement, when he didn’t participate in the OTAs, but then he shows up at the mandatory minicamp weighing damn near 260. And that’s not a good sign for a guy that you just spent a three-year contract on,” Stroud explained on his podcast, according to the New York Post.

To be clear, the start of the NFL season is still more than a month and a half away. That means Fournette has time to get in game shape.

It’s not unheard of for players to get a little loose with their workout routines during the offseason. You see it in sports all the time.

However, reportedly showing up to minicamp weighing 30 pounds more than last season is a major red flag.

Leonard Fournette #7 of the Tampa Bay Buccaneers works out during the Buccaneers mini-camp at AdventHealth Training Center on June 07, 2022 in Tampa, Florida.
(Photo by Julio Aguilar/Getty Images)

Fournette is a talented runner. That’s just a fact, but he’s also getting older. He’s currently 27. As any dad who enjoys beer will tell you, the older you get, the harder it is to lose weight.

It makes sense for coaches to be frustrated with one of the biggest parts of the offense reportedly ballooning.