Can Eating Carbs and Sugar Cause Headaches? 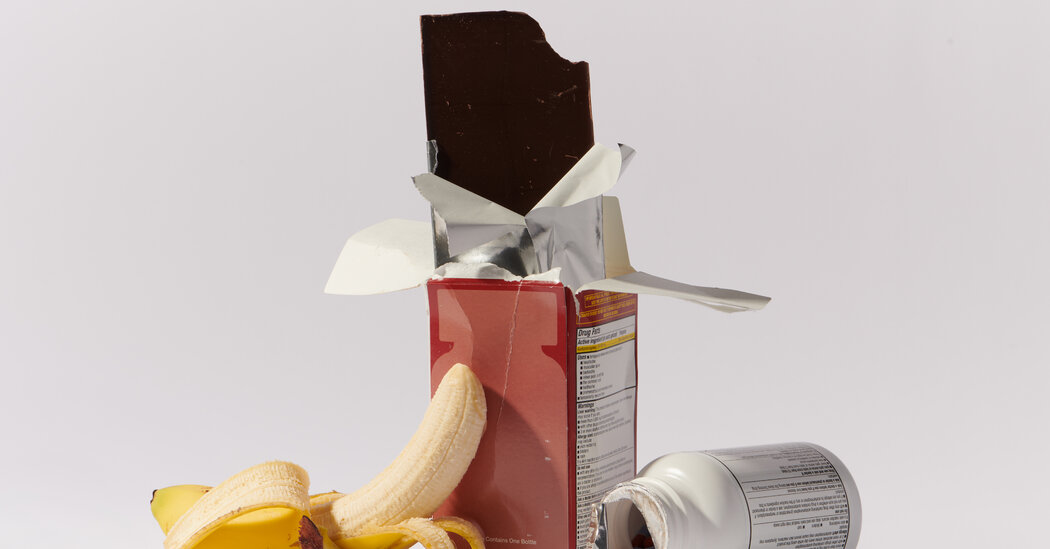 During this time, he added, brain imaging studies have shown that the hypothalamus, a region of the brain that regulates hunger, is activated, causing people to want — and eat — certain foods. “It is pretty clear that this area is changing in its activity before the pain starts,” he said. What a person reaches for in response is often carbohydrate-rich and highly palatable, though the exact food varies from person to person. Some people want savory or salty snacks, while others crave sweets and chocolate, Dr. Goadsby said.

Then, after they’ve indulged their craving and the headache phase of the migraine begins, it’s natural for people to wonder if something they ate contributed to the pain, Dr. Halker Singh said. “Sometimes people come in and tell me, ‘I had some chocolate, and soon after that, my migraine attack started,’” leading them to guess that the chocolate itself triggered the headache. But what also could have happened, she said, “is that maybe the craving for chocolate was actually the start of the migraine.”

Chocolate is among the most reported food triggers for migraines, but in one review of studies published in the journal Nutrients in 2020, researchers concluded that there wasn’t enough evidence to say that chocolate can cause migraines. In the above scenario, Dr. Goadsby said, the person would have probably gotten a headache whether they ate the chocolate or not. So if you’re craving a treat during the early stages of a headache, he said, it’s fine to enjoy it.

If you often get food cravings before migraine headaches, it’s still a good idea to take note of them, along with other prodrome phase symptoms, so you can prepare for what’s coming. You might use that time to find your migraine medication and opt for an early bedtime, for example, rather than going out for drinks, Dr. Goadsby said. “If people understand their disorder better, they can adjust what they’re going to do so they don’t set themselves up for a crash,” he said.