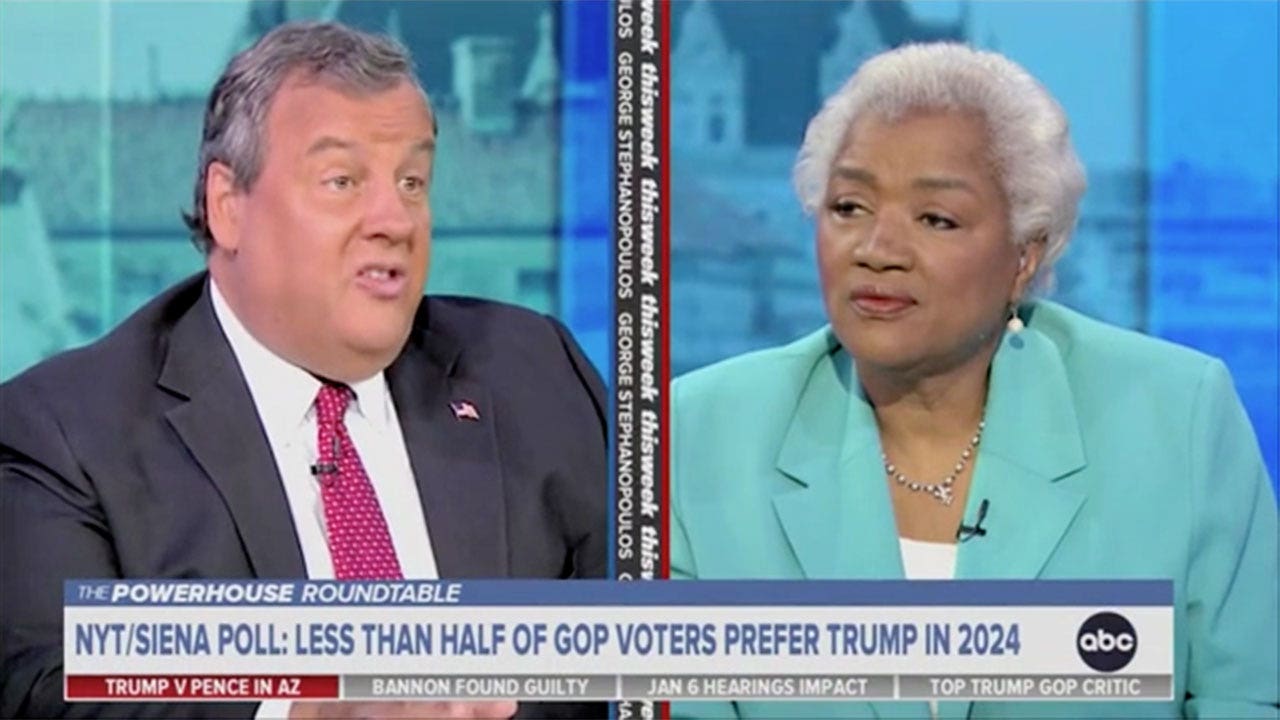 Former New Jersey Gov. Chris Christie said that President Biden was in “no man’s land” on Sunday during ABC’s “This Week,” and added that he can’t keep progressive or moderate Democrats happy.

ABC’s Jonathan Karl brought up a New York Times poll that showed that less than half of Republican voters prefer former president Donald Trump as the party’s candidate in 2024.

Karl also noted New York Times polling that found that 64% of Democrats would prefer a different candidate in 2024.

Former DNC chair Donna Brazile said that the poll showed frustration among Democrats and a generational shift but also contended that Biden was fighting for them.

President Joe Biden speaks during a Fourth of July celebration for military families on the South Lawn of the White House, Monday, July 4, 2022, in Washington.
(AP Photo/Evan Vucci)

“I saw that poll and I said, you know what, that poll reflects a lot of the frustrations that Democrats are feeling right now it’s not just gas prices and what’s happening when you go to the grocery store it’s a generational shift that you’re seeing, the Democrats want somebody different,” she said, adding that Biden has been standing up for “basic rights” and that he was leading through a difficult time.

“Donna’s doing her best, and I appreciate that, you are, you’re doing your best but when 64% of your party says a year and a half into your presidency thanks but no thanks that does reflect, I agree with you, the frustrations of Democrats, some because they don’t think he’s done enough and some because he’s done too much,” Christie said.

“Joe Biden is in no man’s land,” he said. “That’s an awful place to be as an office holder when you don’t have anybody.”

Lucey noted that many Democrats were concerned with the president’s age as they look ahead to 2024.

Karl asked if the expectation among members of the party was that Biden is going to run again.

ABC’s congressional correspondent Rachel Scott said that it depends on who they ask.

“Privately, when you talk to a lot of aides in the Democratic Party, a lot of members privately, they have some concerns about whether or not he is going to run, how quickly he’s going to make that decision possibly, if he ends up being on the fence and who maybe would step into that place,” she said.

The New York Times reported in June that Democrats were concerned with Biden’s leadership ability and wondered if he should be “cut loose” in 2024.

David Axelrod told the outlet that while he thinks Biden doesn’t get the credit he deserves with regard to certain things, “the president would be closer to 90 than 80 at the end of a second term, and that would be a major issue.”

Hanna Panreck is an associate editor at Fox News.