Comics That Read Top to Bottom Are Bringing in New Readers 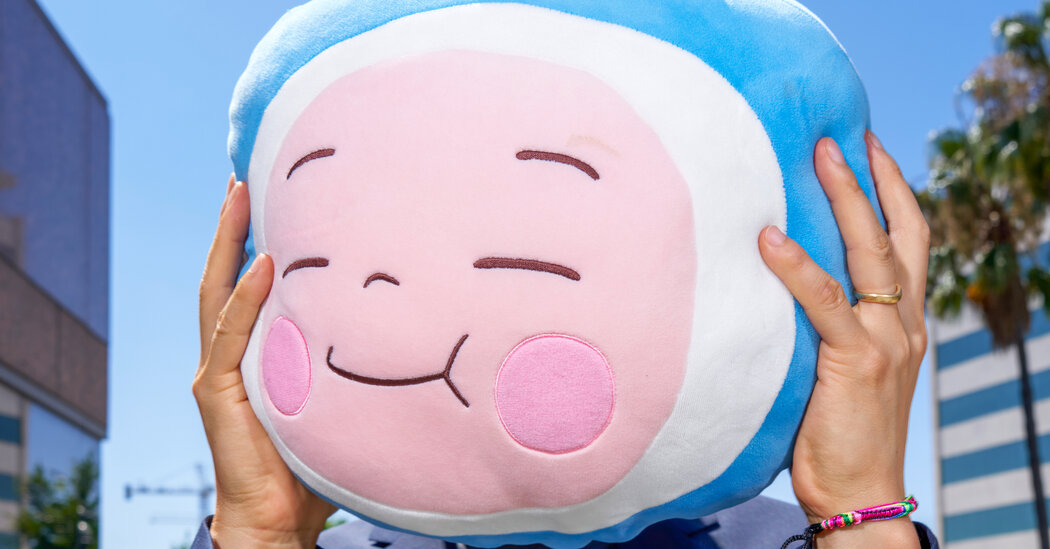 For decades, the fans who powered the comic book industry made weekly pilgrimages to their local comic shops to buy the latest issues about their favorite caped-and-cowled adventurers. These Wednesday Warriors, named for the day new installments typically land on shelves, still do. Voracious readers of printed comics, they skew older — and are mostly male.

But now all it takes is a smartphone, as the world of comics is reshaped by the kind of digital disruption that has transformed journalism, music, movies and television. Web comics have exploded in popularity in recent years, in part by tapping into an audience the industry had long overlooked: Gen Z and Millennial women. The stories they offer — of a young woman battling sexism in the world of e-sports or a romance-focused retelling of Greek myth — are mostly free and scroll vertically on smartphones, where readers under 25 live.

And they have minted stars from a new generation of creators.

“Even 10 years ago, I wouldn’t be doing this,” said Kaitlyn Narvaza, 28, of San Diego, who is known as instantmiso on Webtoon where her series “Siren’s Lament” has drawn more than 430 million views. “We have these opportunities to share these romance stories as American creators — as American women authors and comic artists. We didn’t have those opportunities before.”

Webtoon, which originated in Korea in 2004 and is the world’s largest digital comics platform, said more than half of its 82 million monthly users are women.

The platform has attracted readers with hits that are a departure from traditional tales of good versus evil. In “Lookism,” a young, friendless man wakes up in a tall, handsome body; “The Remarried Empress” features a protagonist who is, well, remarried; “unOrdinary” centers on a teenager with a secret past that threatens to bring down his high school’s social hierarchy. (“Frenemies,” the description warns, are “around every corner.”)

“Let’s Play” is about a young woman who wants to design video games. “It is a gaming comic with romance or a romance comic with gaming,” said its creator, Leeanne Krecic, who quit her job in I.T. a few years ago to focus on comics. She thinks readers relate to the main character’s struggles with career and dating.

“The majority of American comics have been the hero story, which is great, nothing wrong with that,” she said. But “in Korea and Japan, they’ve been telling the romance story, the high school story.”

Traditional publishers have noticed the success of these digital platforms. Marvel and DC and Archie Comics have struck deals with Webtoon to produce original digital stories featuring some of their biggest characters.

Webtoon alone grossed $900 million in on-platform sales in 2021, up from $656 million in 2020, the company said. Because reading the comics is free, most of the revenue comes from advertising and selling fanatic readers early access to their favorite series.

But print comics are far from dead. In fact, their sales exploded during the pandemic, with so many people bored and stuck at home. Experts estimate that total North American comics and graphic novel sales were approximately $2.08 billion in 2021, a figure that includes the combined revenue of multiple legacy publishers, as well as their digital sales, which together totaled only $170 million.

While the new adventures have been embraced by many, some fans have complained about “wokeism” in the comics world. That hasn’t stopped traditional publishers from trying to capture a bigger piece of the new readership with more modern story lines, even with some of their most famous characters.

Last year DC Comics had its new Superman, Jonathan Kent — the son of Clark Kent and Lois Lane — begin a romantic relationship with a male friend, and Batman’s sidekick, Robin, recently acknowledged his own bisexuality.

The older brands are also experimenting with online offerings. Marvel has developed its own “digital first” stories, including its Infinity Comics, which uses a vertical scroll. A recent comic about the gay mutant Iceman focused on his romantic life as much as his heroic one. Executives at Marvel said they plan to expand Infinity Comics with a focus on creators and characters from diverse backgrounds, which the company hopes will help reach new readers.

The popular franchise of superhero films and TV series continues to expand.

DC Comics has also produced “digital first” comics and, within the last year, collaborated with Webtoon on the series “Batman: Wayne Family Adventures.” The series has served up stories quieter than crime-fighting: about dating, family dynamics, fitting in at school and the post-traumatic stress of a hero.

Tapas Media, another major web comics platform, says that more than 80 percent of its readers are between 17 and 25 and roughly two-thirds are women.

Some of its most popular series revolve around topics the current generation of young readers can directly relate to. Michael Son, Tapas’s vice president of content, pointed to “Magical Boy,” a series featuring a transgender teenager discovered to be a descendant of a goddess. “Sailor Moon meets Buffy,” he said.

“We wanted to get rid of gatekeepers,” he said. “The readers really directed what content directions we were taking. What organically popped up was a very young, very female-centric readership that was also reflected in the creator base.”

Digital comics companies have expanded their presence at Comic-Con International at San Diego, one of the industry’s oldest and most important conventions, which runs through Sunday. Webtoon, which has had a significant presence since 2018, saw Ms. Smythe’s “Lore Olympus” receive this year’s Best Webcomic Eisner Award, and Tapas appeared this year for the first time.

Vincent Kao, 30, who is known as “The Kao” on Tapas, is the creator of “Magical Boy.” He read Japanese comics and graphic novels growing up, drew his own comic in college, and got a degree in illustration, but had always assumed drawing comics would remain a hobby.

Then he posted a slice-of-life comic on Tapas, where it gained traction. He pitched “Magical Boy” after seeing a call for submissions.

“When I’m looking at American comics, I’m always like, ‘There’s not enough gay stuff — where’s my representation?’” he said. But, he added, artists are often warned it’s hard to make money in comics, and that publishing L.G.B.T.Q. content is likely to be even tougher.

When he pitched “Magical Boy,” about a trans man, “it blew me away that it was something a company would be backing and funding,” he said.

Before Elliot Basil, 22, a trans man in Ohio, discovered “Magical Boy” he felt he could only relate to characters in comics “in a roundabout way,” he said.

But in Max, the main character of “Magical Boy,” Mr. Basil finally found a character that struck close to home. He said that seeing Max “try to make a stand for himself, and find people who will stand up for him, really is something that I wish I had when I was that young.”

Digital platforms offer creators new paths to publish, sometimes with ownership of most — if not all — their intellectual property. (The battles between comics creators and traditional publishers date back to Superman’s arrival from Krypton: Jerry Siegel and Joe Shuster sold their rights to the Man of Steel for $130 in 1938, and then fought for decades for restitution.)

The money today’s creators make is often modest — Webtoon said it paid more than $13.5 million to its roughly 1,500 English-language creators in 2021, meaning most are in no position to quit their day jobs. But the most successful can do well: Webtoon said its top Korean creators can make in the range of $250,000 a year.

Still, industry veterans warn young up-and-comers to proceed with caution. Contracts should be carefully vetted before signing. And the weekly publishing schedule can be punishing for creators.

Webtoon came under fire in June for an ad campaign that boasted: “Comics are literature’s side-hustle.” Creators were furious. The company apologized.

And some creators have not found digital platforms as good a fit. The veteran cartoonist Dean Haspiel, 55, published his comic “The Red Hook,” about a Brooklyn superhero, on Webtoon in 2016. The series continued for more than four seasons but “didn’t get the kind of response that we wanted,” he said.

“Ultimately I started to understand that the Webtoon reading audience is a very different audience than the kind of comics I would produce,” he said.

But many new creators are delighted to have a way to reach that audience.

“I’ve always been like, ‘The money is there, the readership is there, we are just tapping into it,’” Ms. Krecic, the “Let’s Play” creator, said. “We found a gold mine.”