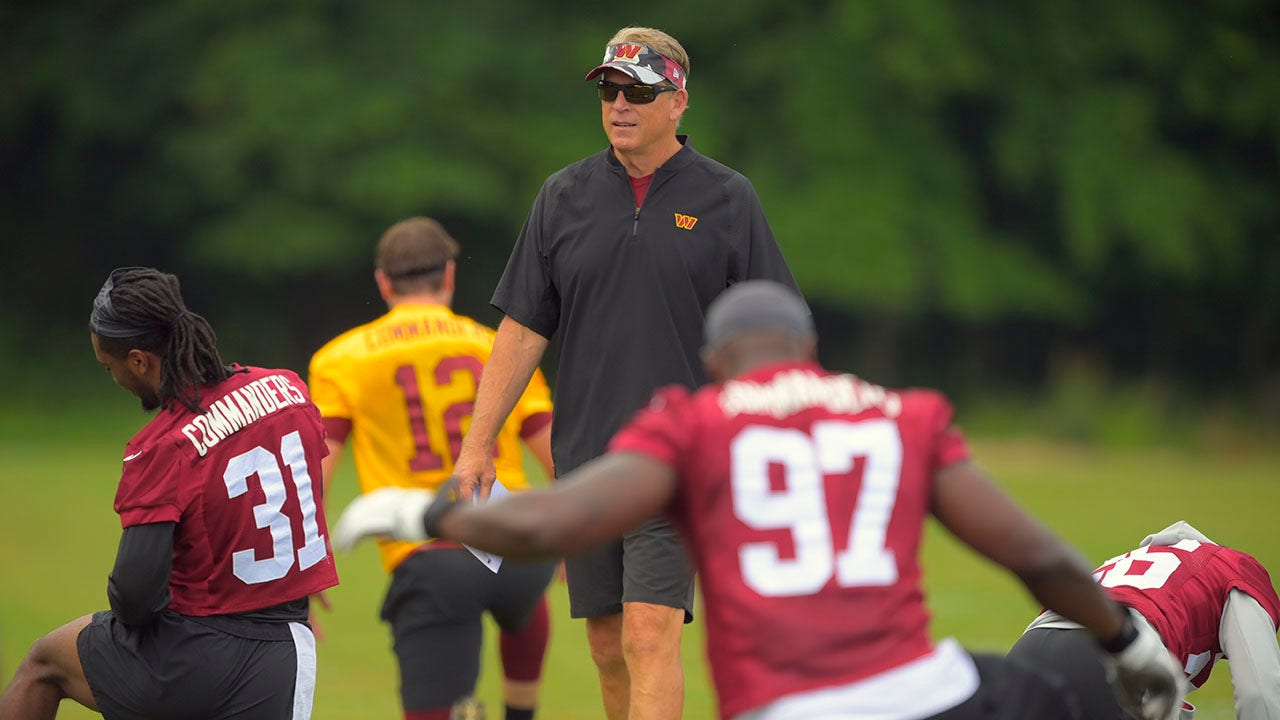 “This morning, I met with Coach Del Rio to express how disappointed I am in his comments on Wednesday,” Rivera said in a statement. “His comments do not reflect the organization’s views and are extremely hurtful to our great community here in the DMV.

“As we saw last night in the hearings, what happened on the Capitol on Jan. 6, 2021, was an act of domestic terrorism. A group of citizens attempted to overturn the results of a free and fair election, and as a result, lives were lost and the Capitol building was damaged.

“Coach Del Rio did apologize for his comments on Wednesday, and he understands the distinction between the events of that dark day and peaceful protests, which are a hallmark of our democracy.”

Del Rio did issue an apology on Wednesday, which Rivera acknowledged in Friday’s statement, but Rivera said that “words have consequences” and fined Del Rio $100,000.

“I want to make it clear that our organization will not tolerate any equivalency between those who demanded justice in the wake of George Floyd’s murder and the actions of those on Jan. 6 who sought to topple our government,” Rivera’s statement continued.

“After reflecting on the situation and circumstances, I have decided to fine coach Del Rio $100,000, which the team will donate to the United States Capitol Memorial Fund.”

On Monday, Del Rio responded to a story on Twitter about the upcoming Jan. 6 committee hearings.

“Would love to understand “the whole story ” about why the summer of riots, looting, burning and the destruction of personal property is never discussed but this is ???” Del Rio wrote on Twitter.

On Wednesday, Del Rio explained his tweet to reporters, video of which made its rounds on social media.

Del Rio joined the Commanders as defensive coordinator in 2020.