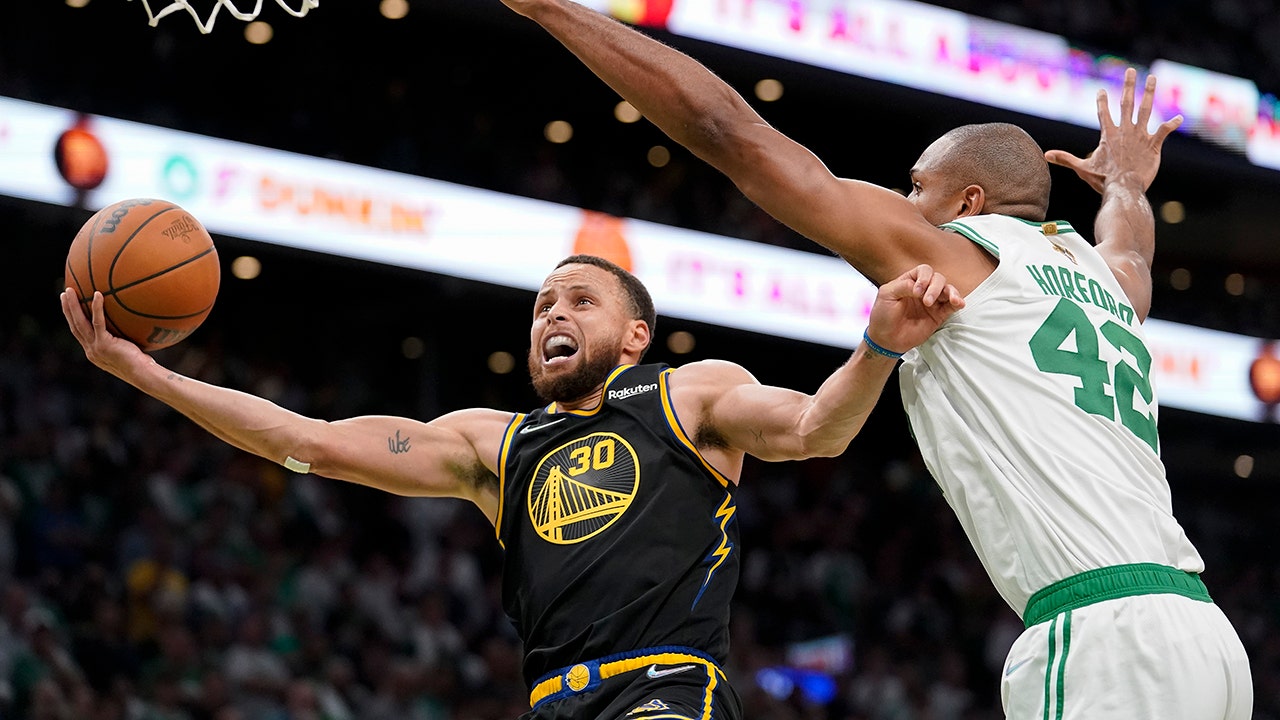 Stephen Curry scored 43 points to lead the Golden State Warriors to a 107-97 victory over the Boston Celtics in Game 4 of the NBA Finals on Friday night, sending the series back to San Francisco knotted at two games apiece.

Curry added 10 rebounds and made a pair of baskets during a 10-0 fourth-quarter run that turned a four-point Boston edge into a 100-94 Golden State lead. The Celtics missed six straight shots during that span.

Andrew Wiggins had 17 points and 16 boards for the Warriors, who will host Game 5 on Monday night. They would also hold the home-court advantage in a seventh game, if necessary.

Jayson Tatum had 23 points and 11 rebounds, but managed just one basket while playing the entire fourth quarter. Jaylen Brown scored 21 points and Robert Williams III had 12 rebounds for Boston.

Fans arriving at the TD Garden for what could have been the final time this season found a T-shirt draped over their seats with the 17 NBA championship banners lined up on the front. There was a blank rectangle where the 18th would go.

Now the Celtics would need to win at least one more time in San Francisco to fill in the blank.

The amped-up crowd spent much of the game booing Warriors big man Draymond Green, chanting an obscenity at him that is usually reserved for Bucky Dent, and jeering his many misses. The four-time All-Star shot 1 of 7 but finished with nine rebounds and eight assists to go with two points.