Dana Perino: We’re all living with the consequences of Biden’s policies 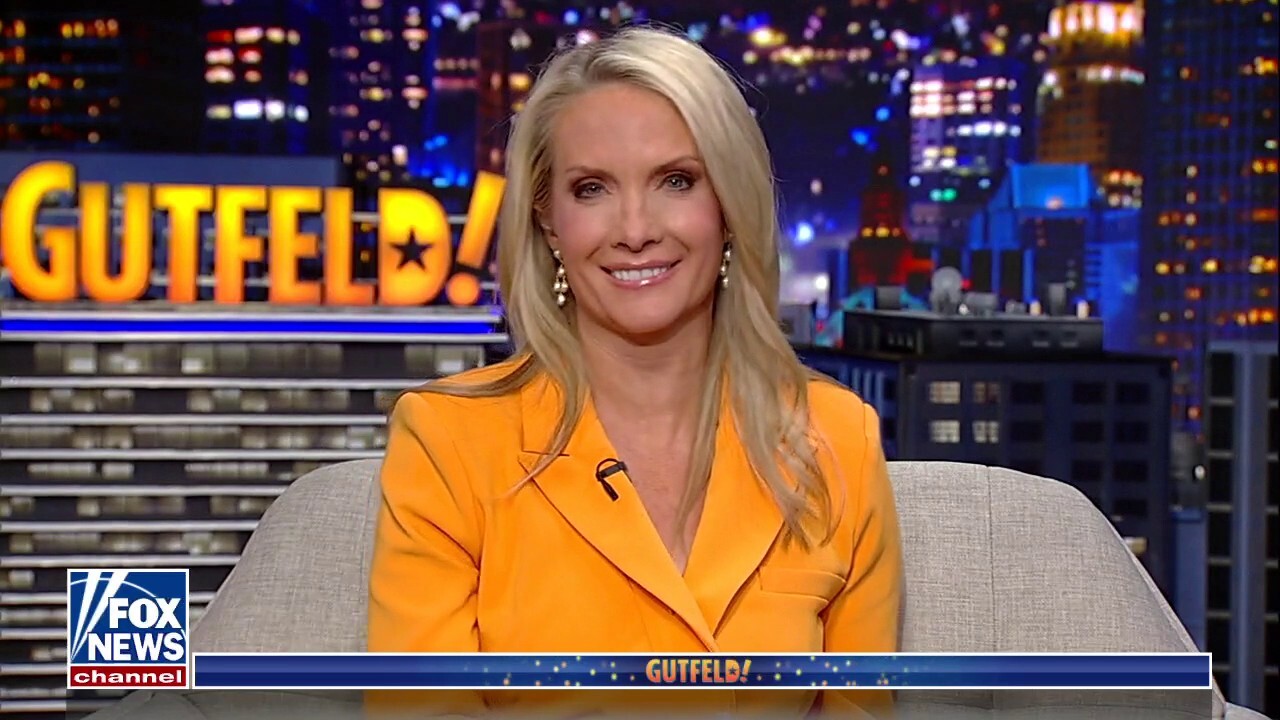 Who knew that I could stay up later than most children in America? It’s true. I can. It’s fun to see exclamation points everywhere around this set. They’re on the posters, on the name and also on the “Please Laugh” signs. I didn’t know that he had those, but that actually probably helps the show a little bit. The set staff was pleased because Greg and I share the same size booster seat and the same size shoes.

All right. Look, for anyone battling addictions or lots of big, thorny problems in their lives, the first step to recovery is admitting you have a problem. And that’s not easy to do.

Then you have to accept that you have to get up off your duff and commit to making things better. That’s right, I said duff. And that’s the kind of salty language language you will get from Dana Perino after dark.

So here’s what you do. You make a plan, you tackle the issue, you try to change your circumstances, you get better results and solve your problem. You can’t just sit back, blame others and expect everything to be okay. Or can you? Let’s see how the leader of the free world is approaching his set of problems.

The one thing he’s been able to do is bring everyone together on one question. A whopping record 74% of people surveyed in a recent poll believe the country is on the wrong track. They’ve even broken the record for audacity. I mean, you cannot help but laugh at what the president thinks should get glowing coverage. The historic airlift from Afghanistan, the historic shipments of baby formula from Europe. The historic release from our Strategic Petroleum Reserve. And he sounds like a broken record as he tries to blame everyone but himself.

PRESIDENT BIDEN: This is outrageous what the war in Ukraine has cost.

We’ve never seen anything like Putin’s tax on both food and gas.

Exxon made more money than God this year.

Why aren’t they drilling? Because they make more money, not producing more oil.

My Republican colleagues say these programs to help the working class and middle-class people, they say that’s why we have inflation. They’re dead wrong. Under my predecessor, the great MAGA king, the deficit increased every single year he was president.

He even has decided to blame his most loyal remaining friends, the media.

PRESIDENT BIDEN: And look how the press has changed.

Even the really good reporters, they have to get a number of clicks on the nightly news. So instead of asking the question… anyway, everything gets sensationalized.

Anyway, it got so bad that a couple of weeks ago, after going about 120 days without doing a single interview with any reporter, he sauntered back to the press cabin on Air Force One to complain about his press coverage. And get this, it was off the record. Even the reporters were taken aback.

The Biden cabinet and his communications team, well, they have picked up on this. Don’t blame us. Blame yourselves media. Which is strange to me, because I know political communications very well. I mean, has anyone in this room ever heard that I was the White House press secretary to President George W. Bush? I’m sure you’ve heard it. I started out as a young Hill staffer.

Well, I don’t get applause. I just thought it was funny. I also say it way too much and everybody certainly knows.

But anyway, I didn’t start out as White House press secretary. I was a young staffer on the Hill. I had all this optimism. I’m super excited to work with the Fourth Estate on making sure that the issues were covered fairly and that my Republican congressman could get a fair shot in the press. Oh, how innocent I was. It lasted like four days.

You see, the easiest job in Washington is a Democratic communications staffer. The hardest job repairing the teleprompter after Kamala goes off script. Think about it. The reporters write what you want written. They agree to keep your comments to a staffer more anonymous than a list of men who watch “The View.” They run cover for you. Even the press will write that it’s not just Boudin’s fault that in San Francisco there’s either fecal matter or mass looting on every street corner.

In fact, there are several jobs harder than a Democrat communications staffer: Matchmaker for Channing Tatum, Dwayne Johnson’s personal trainer and snack wrangler for Brian Stelter and Greg’s personal shopper, of course.

And then the comms staffers will laugh behind the reporter’s back knowing that they’ve used them to meet their goals. But I do feel for the comms staffer in a way, because here’s a Perino rule. Whenever you hear that someone has a communications problem, say immediately, no. Communications problems are caused by fact problems, by policy problems and no policy problem in the history of the world was ever solved by a change in messaging. Believe me, I’ve tried. Larry, will remember that.

KARINE JEAN-PIERRE: Understand that prices, these gas prices including food prices, in particular those two things. As we look at inflation and trying to make sure that we’re fighting inflation in every way that we can, is hurting families, is hurting families, especially as they sit around their kitchen table. But we’re going to continue to do everything that we can. I don’t have anything to preview for you.

They’re also living with the consequences of Biden’s policies. We all are, and we’re reminded of it left and right. Gas, groceries, baby formula. The list goes on. Now, how hard is it to figure out that you can’t message inflation away.

Anyways, let’s just say, though, that the administration watches “Gutfeld!” Let’s say they do. They take my advice and they start to admit that they have a problem and they start to try to solve them. The last step to recovery would be next and that is admitting your wrongs and making amends to the American people. It’s unlikely that the president will be doing that. So it’s every man for himself and at least we have each other.