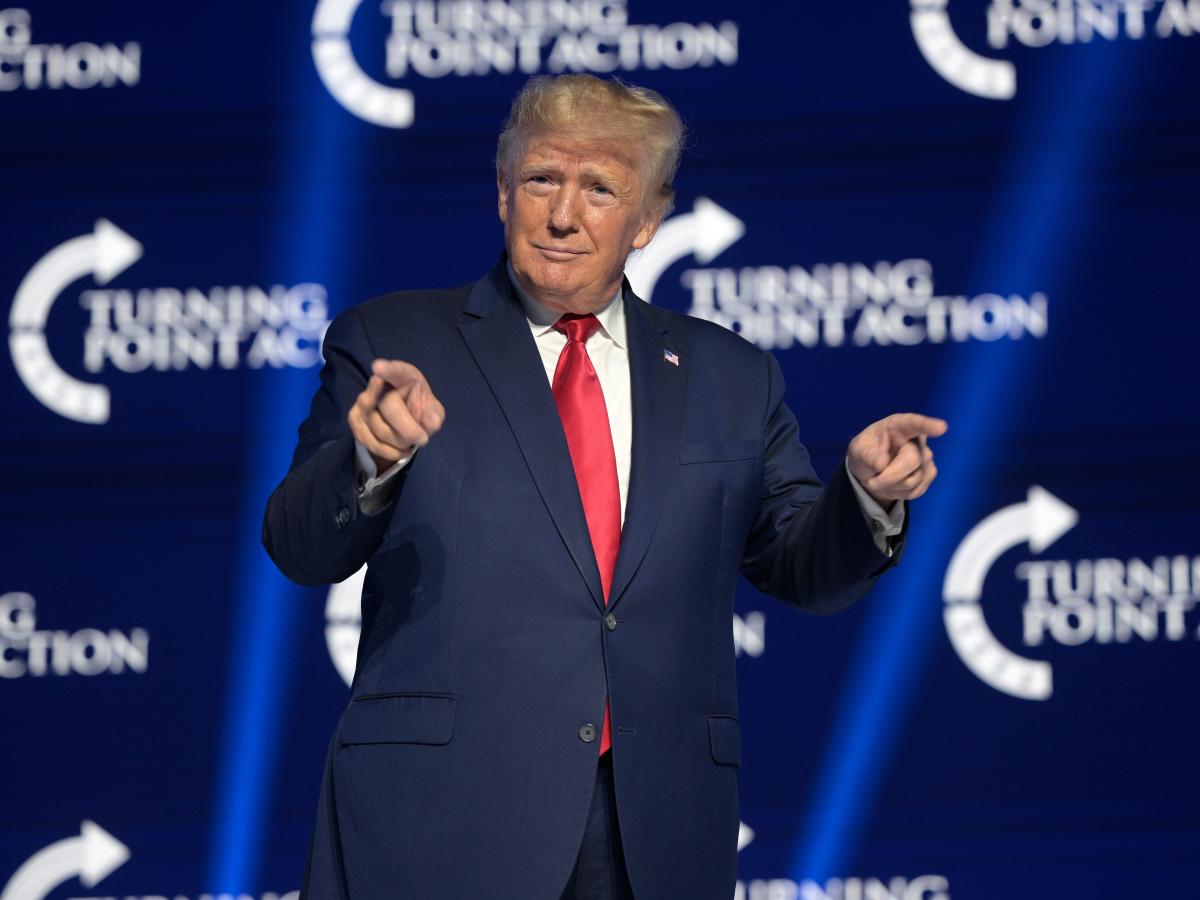 The Democratic National Committee trolled former President Donald Trump on Saturday by greeting him outside a conference center ahead of a speech, with a provocative mobile billboard campaign.

Videos flashed on a large screen attached to a truck across the street from the Tampa Conference Center ahead of Trump’s speech at the Turning Point USA Student Action Summit, DailyMail.com reported.

The mobile billboard also circled the city of Tampa, according to a press release by the DNC, to remind people of the 2020 election results.

The videos showed graphics highlighting Trump’s election loss in November 2020 and the number of votes won by President Joe Biden.

Trump is said to have been furious with how Fox News covered Biden’s victory on Election Night 2020. According to “Landslide: The Final Days of the Trump Presidency” by Michael Wolff, he was enraged when the news station announced Arizona for Biden.

He reportedly shouted, “what the fuck?”  and accused the Murdochs of “always” being out to get him, per the book.

The campaign, DNC spokesperson Ammar Moussa said in a statement, is “here to remind the disgraced former president that his MAGA agenda is wildly unpopular with the American people, no matter what tall tales he wants to tell.”

Moussa said that the campaign comes at a time when Americans are reflecting on Trump’s refusal to accept electoral defeat.

“Over the last few weeks, we’ve learned just how deep Donald Trump’s conspiracy to overturn the will of 81 million Americans and stop the peaceful transfer of power went,” Moussa said.

Revelations from the House panel investigating the Capitol riot on January 6, 2021, have zeroed in on Trump’s actions— and inaction — during the period in which his supporters stormed the US Capitol.