Deputies: 2 arrested in the fatal beating of 43-year-old man 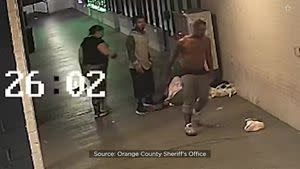 The Orange County Sheriff’s Office said it made an arrest for the death of 46-year-old Joseph Rohl on July 21.

Orange deputies responded to the 2000 block of North Hiawassee Road, on July 21 around 4 a.m.

When deputies arrived at the shopping complex, they found Rohl on the ground.

Rohl was taken to the hospital, where he died.

The two men are expected to see a judge Tuesday. Deputies had no additional details to provide.