Did Nature Heal During the Pandemic? The Week in Narrated Articles 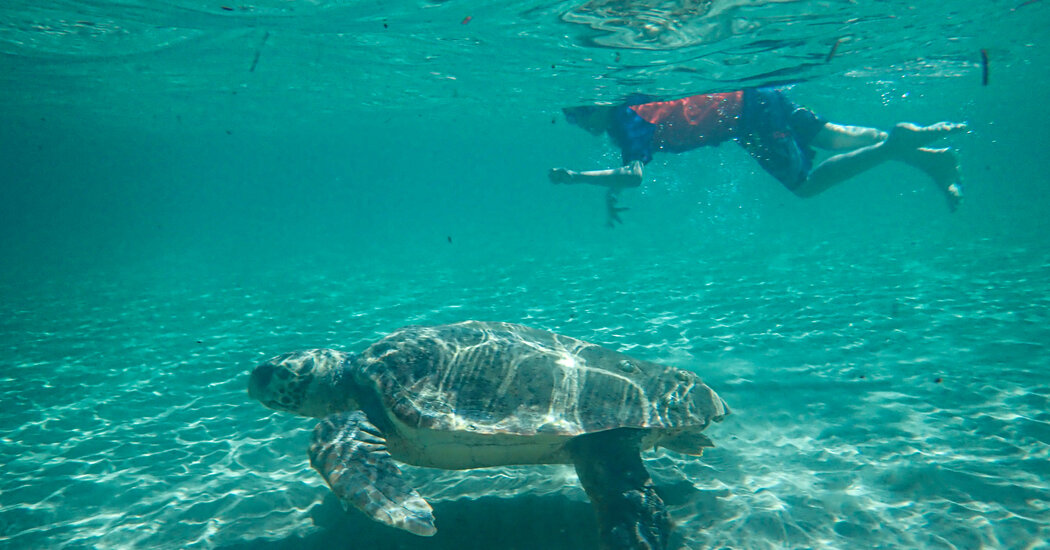 The Covid-19 pandemic was, and remains, a global human tragedy. But for ecologists, it has also been an unparalleled opportunity to learn more about how people affect the natural world. They have documented what happened when we abruptly stepped back from it.

A growing body of literature paints a complex portrait of the slowdown of human activity that has become known as the “anthropause.” Some species clearly benefited from our absence, consistent with early media narratives that nature, without people bumbling about, was finally healing. But other species struggled without human protection or resources.

Even the newest of correspondents knows not to go into a war zone without the right training, the right gear and the right exit plan. But some seasoned reporters have learned that they need something more to sustain them through the bleak days and nights of carnage — something to remind them of the humanity beneath the inhumanity. For some, it is poetry.

Few correspondents are more seasoned than Alissa J. Rubin, who in 15 years at The New York Times has served as a bureau chief in Baghdad, Kabul and Paris and before that covered conflict in the Balkans. Here, she talks about what she reads when her job brings her to the battlefield.

Written and narrated by Chris Vognar

In late 2012, the best-selling author and journalist Michael Pollan was at a dinner party. Among his fellow diners was a prominent developmental psychiatrist in her 60s, who spoke at some length about a recent LSD trip. This pricked up Pollan’s ears.

His first thought was, as he shared during a recent video interview: “People like that are taking LSD?” The psychiatrist went on to explain that the drug gave her a better understanding of the way children think.

Pollan had already heard about clinical trials in which doctors were giving cancer patients psilocybin to help them deal with their fear of death. Now, he was really curious about psychedelic therapy. That curiosity became an article in The New Yorker, “The Trip Treatment” (2015). The article became a book, “How to Change Your Mind” (2019).

And now the book has become a four-part Netflix series of the same name for which Pollan is the primary on-camera presence and an executive producer (along with the Oscar-winning filmmaker Alex Gibney).

Written and narrated by Eric Kim

The sound of people eating, chewing and enjoying food makes Eric Kim sleepy, and it has for as long as he can remember.

“It could have been anything: my father’s snacking on salted peanuts while watching the Golf Channel; a classmate’s opening a bag of chips in the library, crinkling the crispy polypropylene,” he explains.

He didn’t know it at the time, but the sounds gave him an auditory-tactile synesthesia that scientists call A.S.M.R., or autonomous sensory meridian response.

Later, when he could name the sensation, Eric would go on to create A.S.M.R. videos as a part of a small group of anonymous “A.S.M.R.tists.” Among them, Lizzy, known to thousands as SassEsnacks, was the queen.

Eric became internet friends with Lizzy after finding her channel in 2014. In 2019, she died of pancreatic cancer, and Eric developed a chocolate-cake recipe in honor of her.

Written and narrated by Jason Zinoman

“Why isn’t there a stand-up-special equivalent of a beach read?” Jason Zinoman, The Times’s comedy columnist, asks.

End of the Zoom boom? Analyst cuts stock to a rare 'sell' rating

End of the Zoom boom? Analyst cuts stock to a rare 'sell' rating