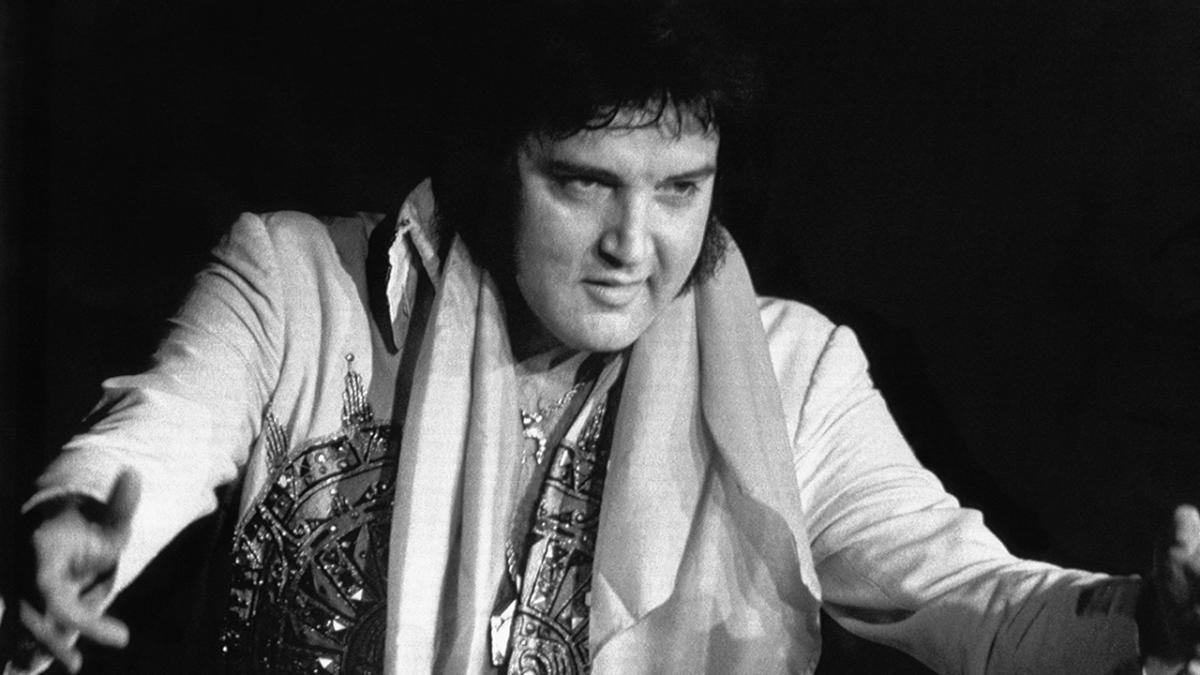 During the final months of his life, Elvis Presley was said to be in a lot of physical pain.

The singer, who made teenage girls hysterical with his movie star looks, catchy songs and gyrating pelvis during the ‘50s, was suffering from declining health in the ‘70s. Elvis had divorced his wife Priscilla Presley in 1973, and developed a dependence on prescription drugs to get through the day, all while maintaining a grueling schedule. He turned to food for comfort and had gained a considerable amount of weight. His body was swollen, he struggled to sleep, he was said to be constipated and everything just hurt.

Presley knew there was something wrong with him.

“It’s hard for us to imagine [that he was in physical pain] because he once appeared so perfect on the outside that he couldn’t have been flawed on the inside,” author Sally A. Hoedel told Fox News Digital.

“[Those health] issues become more difficult to live with the more he tours, and he toured a great deal in those last several years. That added a lot of strain to this health.”

ELVIS PRESLEY BECAME A ROCK ‘N’ ROLL ICON WITH THE HELP OF MEMPHIS CLOTHIER: ‘THAT CHANGED EVERYTHING’

On August 16, 1977, Presley was found unconscious in his Graceland mansion. He was rushed to the hospital, where he was pronounced dead at age 42. In 2020, Hoedel wrote a book titled “Elvis: Destined to Die Young,” which explored the late music icon’s health history and what contributed to his early demise. Her new book, which comes out on September 15, is titled “Destined to Fly: The Story of Pilot Ron Strauss – From Iowa to Elvis,” which tells the little-known tale of Presley’s pilot.

To coincide with the commemoration of Presley’s passing, Hoedel will be in Memphis to participate in several events and will be traveling to the UK for the “Strictly Elvis Festival” from Sept. 10 to 17.

For “Elvis: Destined to Die Young,” Hoedel said she spoke to numerous sources who knew and befriended Presley over the years, and “had the privilege to see documents that people have not seen and used those for research aspects of this book.”

In the book, Hoedel described how Presley would confide in backup singer Kathy Westmoreland and said his “eyes were a constant source of pain along with other ailments.” He would ask her, “Would you rub my legs? They’re killing me.” He would also often say “God, I hurt all over.” Presley’s physician, George Nichopoulos, or “Dr. Nick,” said Presley “suffered from chronic pain from degenerative problems in his back and neck as a result of severe arthritis.”

“Elvis knew there was something terribly wrong with his body, something more than the colon, the liver, the medication,” said Presley’s hairstylist Larry Geller.

Hodel claimed that Presley continued to use medication to not only provide him relief but also to function.

“Elvis was a strong individual,” stepbrother Billy Stanley reflected. “He believed he could conquer all his problems himself. He once told me, ‘You never hear Superman asking for help.’”

“The touring is difficult,” Hoedel explained. “We see that when he tours, he takes more medication than when he’s not touring. So we know that it’s physically hard on his body and that’s why he’s taking more medication when he’s on the road. The touring doesn’t help. And he does that in the last several years of his life.”

“Everything with Elvis has to be looked at through a historical lens,” Hoedel continued. “In 1956… they didn’t understand that these pills could become addictive. And by the ‘70s, he’s an insomniac. By then, he really needs a lot of medication to achieve any form of sleep… And he’s taking things like Valium to achieve sleep because he literally cannot sleep any other way. His doctor tried at one point to see if he could sleep without anything. I think he was awake for three days. They finally had to give him medication just so he could sleep.”

However, as Presley’s body was slowing down, Hoedel said his determination to hit the road endured.

“Elvis had an incredible work ethic,” she explained. “When he played Vegas, he played two shows a day for 30 days – that’s 60 shows. But his immune system wasn’t fighting off infection as it should have. He was often getting fevers and flu-type symptoms. People assumed, ‘Well, that’s just an excuse to get medication.’ But he really was having this problem with fighting infection. And there’s evidence of that time and time again.”

In the year that Presley died, he had a fourth tour scheduled on May 20. Hoedel claimed that those who knew Presley were worried about how much physical anguish and stress he was enduring to keep up with a non-stop schedule. The book alleges that during the second show of that fourth tour, Presley, who was semiconscious, had his head dunked in a bucket of ice water. His manager, Colonel Tom Parker allegedly shouted, “The only thing that’s important is that he’s on that stage tonight!”

Hoedel said Presley was “worried” about his health deteriorating.

“In the last few years of his life, he was very aware of how ill he was,” she said. “And he wasn’t honest with everyone about that… he was also surrounded with a lot of ‘yes’ people. And you have to remember, this was a time when people really didn’t talk about their health like they do now. And he’s the head of his whole organization. No one was going to question him. He also worked really hard to hide it. He was only honest with a few people about it.”

“It’s been documented that right before he went on his last tour, he had phone conversations with several people where he said, ‘I just don’t feel good,'” she shared. “He was encouraged to cancel the tour. And he would say, ‘I can’t. Everyone’s relying on me. I have to make payroll, you know?’ He had such an obligation as a provider. He pulled his whole family out of poverty. That always stayed with him. He felt the pressure. So when he was sick, he didn’t stop as he should have. He just took more medication to keep going.”

The fifth tour of the year, comprised of 10 cities, 10 shows in 10 days, began on June 17 and ended on June 26. At his last concert, which took place in Indiana, Presley was quoted as saying, “My body really hurts, but no matter what I’m going out there tonight and giving everything I have… no matter what.” Westmoreland said she was horrified to hear that even in his condition, Presley was already gearing up for another tour. He allegedly told her, “I can’t baby, I can’t stop right now. The Colonel owes a lot of money in gambling debts and some of the guys will be in bad financial shape if I don’t keep working. They have families to look after.”

On the day that Presley died, The Colonel was already planning the start of his next tour. It never came to fruition.

At some point, Presley headed to the bathroom where he experienced a cardiac event. When his body was discovered, attempts were made to revive him and his father, Vernon Presley, begged his son not to go. He was later pronounced dead at Baptist Memorial Hospital.

He was buried on the grounds of Graceland in Memphis, Tennessee.

Today, Hoedel hopes her book will encourage readers to take a look at the “human” side of Presley, a figure who was put on a pedestal for his talent and then gawked at as he tumbled.

“Elvis’ story is long told as one of self-destruction,” said Hoedel. “[I see it as] a story of survival. He had to survive extreme poverty, and then he had to survive extreme fame. And then it became about his health… He achieved the American dream, but he was also human. He had weaknesses. I think it’s important to take a real honest approach to his humanity. And I believe the explanation in this book is as close as we’ll get to fully understand what was going on in his life – and what led to his death.”