Exclusive: Steph Curry On Brittney Griner’s Sentencing — ‘Today Is Not A Great Day’ 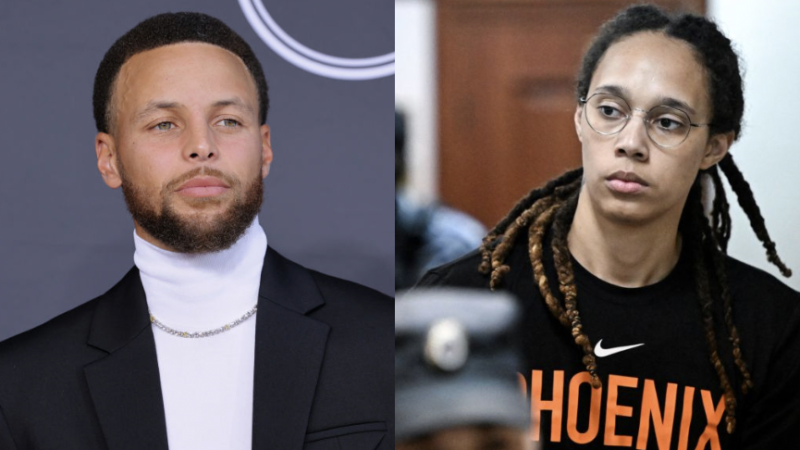 On Aug. 4, WNBA star Brittney Griner learned her fate after spending nearly six months in a Russian prison, following accusations that she had smuggled drugs into the country. The 31-year-old was found guilty of smuggling drugs with criminal intent and sentenced to nine years in prison, as well as fined 1 million rubles ($16,590).

Now that Griner’s verdict has officially been handed down, more athletes are speaking up.

Blavity got the opportunity to speak with Steph Curry, who took a break from his annual Curry Camp in San Francisco to share a few words of encouragement following the sentencing.

“It’s beyond the sports world at this point, but myself and all of [Griner’s] colleagues have spoken very loudly that we need to continue to keep her name in the media and make sure that she feels loved and supported,” Curry told Blavity in an exclusive sit-down.

“Unfortunately, it’s such a helpless situation when you think about all the details of what’s happened. Today is not a great day, obviously, but I think that there are other conversations that are going on and hopefully we will still have a safe and speedy return for her. The right people are feeling the pressure and I’m hoping that it works out right for BG,” he continued.

Throughout the months-long ordeal, several celebrities and athletes have also spoken out in support of Griner, campaigning for her safe return home.

“How can she feel like America has her back?” LeBron James asked in a clip from HBO’s The Shop: Uninterrupted after the WNBA star had spent over four months in Russia. “I would be feeling like, ‘Do I even want to go back to America?’”