Fiber in Fruits and Grains Protects Against Diverticulitis 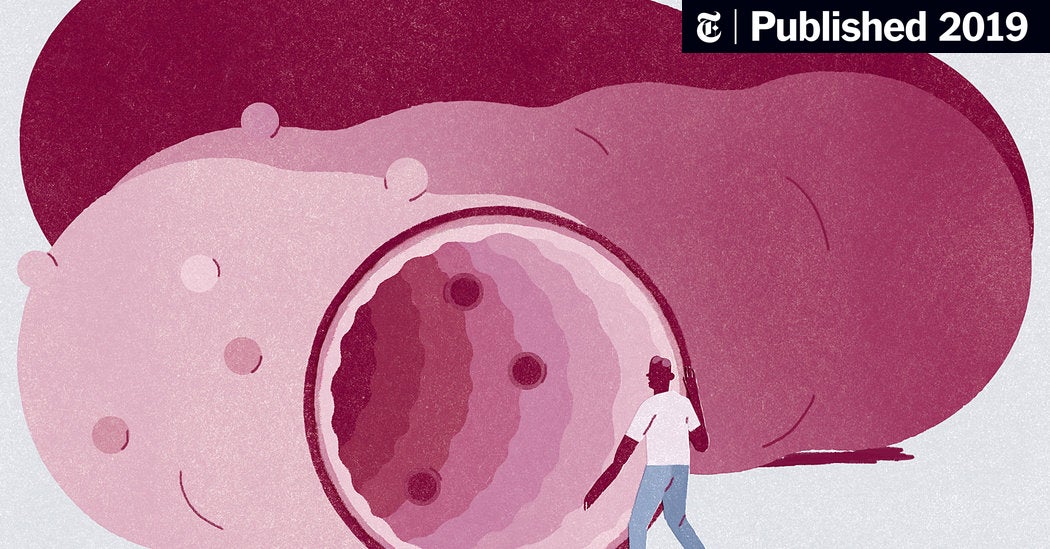 About a decade ago, Michael Valenti of Woodstock, N.Y., suddenly developed severe pain in the lower right side of his abdomen. He had a slight fever and thought he had appendicitis. So did his doctor, who sent him to the emergency room, where an M.R.I. revealed not appendicitis but diverticulitis, an infection in an outpouching of his colon he never knew he had.

The attack came “out of the clear blue,” Mr. Valenti told me, and was especially confusing because the vast majority of diverticular pouches and resulting infections develop in the sigmoid colon located in the left lower abdomen.

Diverticulosis, as the diverticular pouches are called, is very common in Western countries, where the typical overly refined diet is low in fiber, and the risk of developing it increases with age, reaching 60 percent by age 70. Unless the pouches are discovered in the course of an unrelated exam, like a colonoscopy, most people with diverticulosis don’t know they have it.

However, the pouches can trap food residue as it passes through the colon and become perfect breeding grounds for bacteria. As a result, about 20 percent of people with diverticulosis will develop diverticulitis, an inflammation and infection that if not adequately treated can result in dangerous abscesses, perforation of the colon and peritonitis.

Some people with diverticulosis also have chronic repeated bouts of gastrointestinal symptoms like abdominal pain, bloating, constipation and diarrhea, symptoms that mimic those of irritable bowel syndrome.

For Mr. Valenti, who said he had no prior intestinal symptoms, a potent antibiotic and days on nothing but clear liquids cleared up the infection, and he was told at the time to avoid eating nuts, seeds and foods like blueberries, strawberries and crackers with seeds. One-quarter to one-third of patients with diverticulitis have recurrent episodes, and two years ago Mr. Valenti became one of them. Again, he recovered on antibiotics and clear liquids.

Then last spring he had a third attack. In between the last two episodes, the advice to avoid nuts and seeds was debunked. This time the doctor advised Mr. Valenti to increase his intake of fiber, but failed to tell this 69-year-old meat-and-potatoes lover what he should eat to avoid yet another attack and its potentially serious complications.

Hearing this, I sent Mr. Valenti a recently published article documenting the dietary habits and risk of diverticulitis among more than 50,000 midlife women in the Nurses’ Health Study who were initially free of intestinal disease and were followed for two dozen years. During that time, 4,343 of the women developed diverticulitis, with the highest risk of the disorder occurring among those who consumed the least amount of dietary fiber.

Most protective, the study found, was fiber from fruits and cereals. Eating more whole fruits (as opposed to sauces and juices) and especially apples, pears and prunes resulted in the lowest risk of developing diverticulitis. Fiber from vegetables, beans and lentils was also associated with a reduced risk of the infection.

Each additional daily serving of whole fruits lowered the risk by 5 percent, and women who consumed nearly 10 grams of cereal fiber each day were 10 percent less likely to develop diverticulitis than those who ate the least, about 3 grams. A half-cup of Kellogg’s All-Bran cereal, for example, has a whopping 10 grams of fiber, whereas three-fourths cup of cooked oatmeal has only 3 grams, and a cup of Cheerios, Mr. Valenti’s favorite, also has 3 grams of fiber.

In the Nurses’ Health Study, insoluble fiber, such as that found in bran cereal, was more protective than soluble fiber in foods like black beans. Avocados, sweet potatoes and broccoli are good sources of both kinds of fiber.

In an earlier study among nearly 44,000 male health professionals, fiber from fruit and vegetables, but not cereal, was linked to a reduced risk of diverticular disease.

Mr. Valenti, who admitted that “I don’t eat as much fruit as I should,” said he now knows he must do better if he wants to remain healthy.

Meanwhile, his wife, Linda Brewer, who also hopes to head off yet another attack and who recently learned she had borderline diabetes, has adapted the couple’s at-home menu to include plenty of fiber-rich whole grains and more salads, vegetables and legumes. White rice, white pasta and white bread are no longer served and rarely eaten.

Low-fiber diets reduce the volume and water content of the stool. This predisposes to constipation that in turn increases pressure within the colon that can weaken the muscles of the colonic wall, resulting in a herniation, or diverticular pouch.

An imbalance in the bacterial population of the colon may account for the influence of dietary fiber on the risk of chronic inflammation in the colon even without the development of diverticulitis, researchers at Yale University School of Medicine suggested. They reported in Therapeutic Advances in Gastroenterology in 2013 that a low-fiber diet changes the composition of bacteria in the colon, resulting in a significant increase in anaerobic microorganisms. They suggested that probiotics may help to restore a healthier population of bacteria in the gut.

Ideally, the benefits of dietary fiber in preventing diverticular disease and resulting infections should be tested in well-designed clinical trials, which are unfortunately too costly and difficult to perform.

In lieu of a more definitive study, the wise consumer would act on the basis of existing evidence from extensive epidemiological research. Decades of studies have suggested that we should all be consuming a fiber-rich diet, and not only for intestinal health.

A high-fiber diet can help reduce the risk of heart disease and diabetes and make it easier to maintain a healthy weight. The soluble fiber in beans and oats, for example, may help to lower blood levels of artery-damaging LDL cholesterol. In people with diabetes, soluble fiber helps to control blood sugar levels. And because fiber-rich foods are more filling than low-fiber ones, they can enable you to eat less and stay satisfied longer. They also tend to have fewer calories than in the same volume of low-fiber foods.