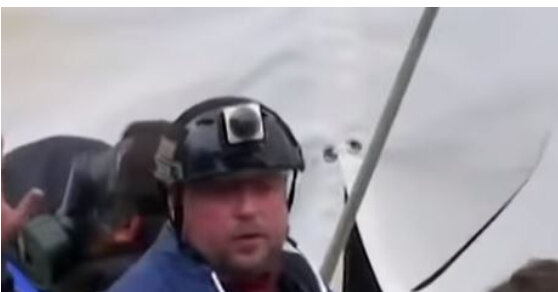 WASHINGTON — A federal judge on Monday sentenced Guy Wesley Reffitt, the first defendant to go on trial in the Justice Department’s sprawling criminal inquiry into the Jan. 6 attack, to more than seven years in prison, the longest sentence to date in a case stemming from the Capitol riot.

After a nearly six-hour sentencing hearing, Judge Dabney L. Friedrich handed down a sentence at the low end of the sentencing guideline range. She noted that was still significantly longer than any given so far to any of the more than 800 people arrested in connection with the riot, many of whom have struck plea bargains.

A jury found Mr. Reffitt guilty on five counts in March, including obstructing Congress’s certification of the 2020 presidential election and carrying a .40-caliber pistol with him during the riot. Unlike others who breached the building, Mr. Reffitt did not go inside.

The sentencing capped a trial that was seen as an important test for the Justice Department, which is only beginning the marathon process of trying what could be scores of rioters. In particular, prosecutors and defense lawyers had been watching to see how the obstruction charge, a rarely used count central to many of the cases yet to reach trial, would hold up in court.

But Judge Friedrich described Mr. Reffitt’s case as somewhat unusual on account of threats of violence he also made against his children when he discovered he might be swept up in the federal investigation after the riot. In March, Mr. Reffitt’s son, Jackson Reffitt, took the stand to testify that his father had become radicalized in the months leading up to the attack, and threatened both him and his sister in an attempt to dissuade them from speaking to authorities.

Before Monday, the longest sentence in a case related to the attack on the Capitol was just over five years, given last year to a man who pleaded guilty to assaulting an officer with a fire extinguisher. But because Mr. Reffitt did not plead guilty like hundreds of others arrested in connection with the attack and went to trial, Judge Friedrich said, his sentencing guidelines were two years higher than if he had reached a plea deal.

After briefly appearing hesitant to address the court on Monday, Mr. Reffitt offered an apology for his actions.

“I did want to definitely make an apology,” he said. “In 2020, I was a little crazy, everything went a little stupid.”