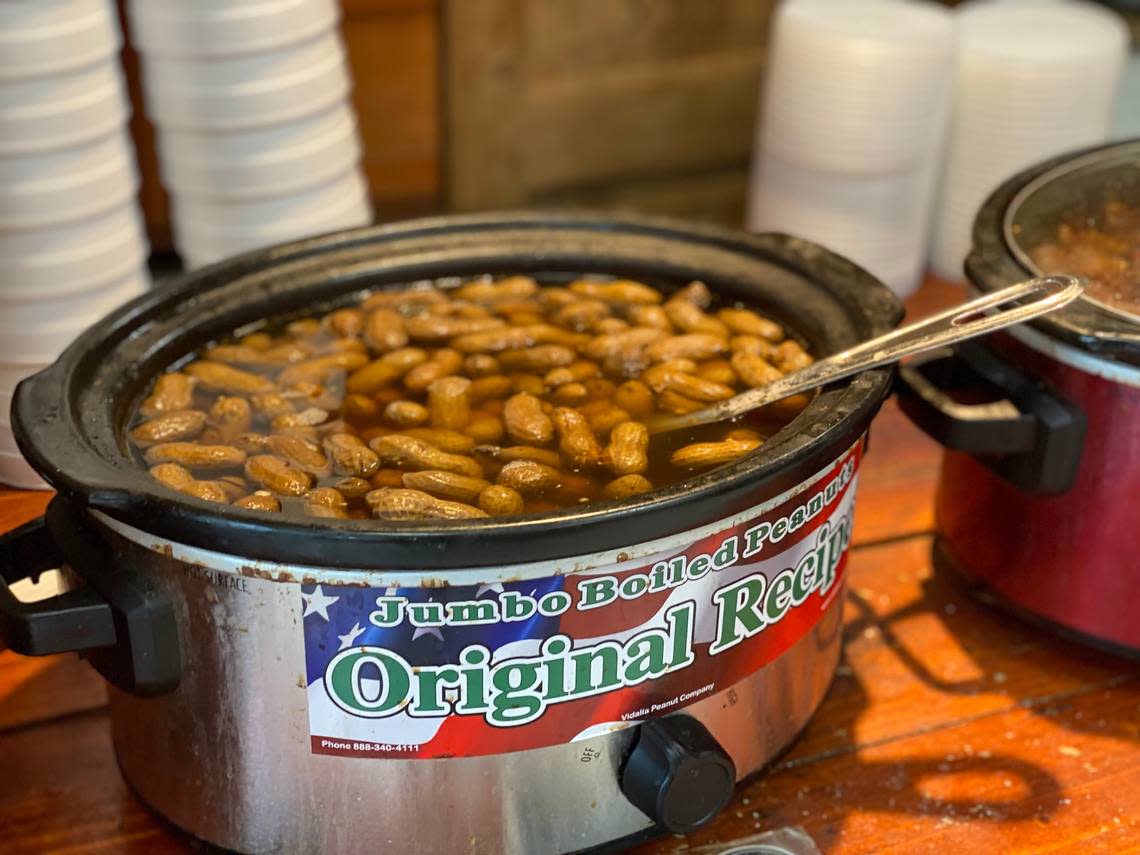 It’s no secret that folks in the Carolinas love dishing out hearty servings of classic Southern delights like biscuits smothered in gravy or savory fried green tomatoes. But it’s also no secret that those born above the Mason-Dixon line may think these decades-old traditional Southern dishes are just plain weird.

Southern Living recently published this list of delicious Southern foods the rest of the world may find disgusting. We politely disagree. I mean, come on — chicken fried steak? What’s not to love about that? And gumbo? No trip to New Orleans is complete without a bowl of the famed Louisiana stew.

In full disclosure, the writer of this article was born and raised in Charlotte and grew up on fried chicken and boiled peanuts. But in the spirit of being unbiased, we took a long hard look at the list and recognized that foods that include the word “liver” just might not be for everyone.

Here’s a deeper dive into the history of five weird-ish dishes you can find in the South, along with a few pointers on where you might find such cuisines locally.

According to Serious Eats, the warm, soft and salty treat has been a Southern staple since the colonial era. West African slaves boiled peanuts, and their white Southerners served it as party food. It wasn’t until the turn of the 20th century that they became a popular dish for small-town weddings and other social events.

By the 1920s, it had become an “epidemic,” with boiled peanut vendors popping up everywhere. And by World War II the treats were a full-fledged Southern icon. In 2006, boiled peanuts were designated the South Carolina official state snack.

Where to find them: These days, traditional boiled peanuts, along with Cajun hot boiled peanuts, are typically sold at roadside stands and gas stations. You can usually find them at a local 7-11 store or take a trip just across the state line to grab some from The Peach Stand in Fort Mill.

Also called chicken-fried steak, this battered and fried dish is thought to have originated in Texas, where German and Austrian immigrants adapted the dish from wiener schnitzel. It’s prepared by immersing a thin cut of beefsteak into egg batter or buttermilk, then covering in flour, salt and pepper. It’s then fried and served with a thick, creamy gravy on top.

Where to find it: A TripAdvisor review of La’Wan’s Soul Food Restaurant on South Tryon describes its country fried steak as “the real star of the show” with crispy breading and a juicy steak. The dish is also a Cracker Barrel favorite.

This one just sounds gross. The gizzard is a thick, muscular organ found in a chicken’s digestive track. It has a rich, chewy texture and tastes like dark meat. They’re typically served as a side along with legs, wings, bread and hot sauce.

Gizzards are not unique to the South, though, as grilled gizzards are sold as street food in Haiti and throughout Southeast Asia. Other countries serve them skewed, boiled or cooked. But Southerners have perfected the art of fried gizzards. We can’t pinpoint an exact date when fried gizzards came onto the scene, but we can guess around the mid-1800s, when fried chicken started hitting American cookbooks everywhere.

Where to find it: According to Yelp, the best place to find fried chicken gizzards in Charlotte is Mr. Charles Chicken & Fish, which serves them deep-fried in the restaurant’s signature seasoned breading.

It’s not just a Hollywood movie title. This Southern fare calls for unripe green tomatoes, sliced and dipped into cornmeal batter for frying. But according to Smithsonian Magazine, their origins in the South may surprise you.

The dish is thought to have been brought to the United States in the 19th century by Jewish immigrants, first appearing in the Northeast and Midwest culinary scene. They weren’t popular in the South until after the 1987 release of the book, “Fried Green Tomatoes at the Whistle Stop Café,” and its subsequent movie.

Where to find it: Foursquare lists Dish restaurant in Plaza Midwood as the No. 1 place for fried green tomatoes in Charlotte. It’s the first item on the Dish menu — as a signature dish — and is served as an appetizer with horseradish dill sauce or on top of its burgers and sandwiches.

Livermush (or really, anything with the word ‘liver’ in it)

This old-time Southern dish draws quite the reaction from Northerners. According to CarolinaCountry.com, the puree of hog liver, pig scraps, cornmeal and spices likely came south with German settlers from Pennsylvania. It became a go-to in rural counties with textile mills and factories, where workers needed a ready-made, filling food that was both tasty and affordable.

Where to find it: OnlyInYourState.com recommends the livermush at Brooks Sandwich House in NoDa. Its no-fuss livermush sandwich is served with onions, mustard and chili.