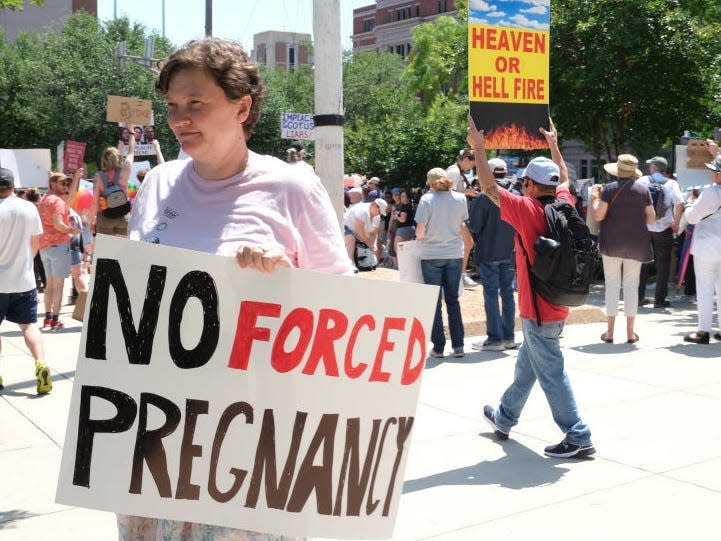 Florida’s First District Court of Appeal on Monday ruled that a parentless 16-year-old may not get an abortion because the girl is not “sufficiently mature” enough to terminate her pregnancy.

The minor, identified in a court ruling as Jane Doe, lives with a relative and has an appointed guardian. She sought to bypass Florida’s parental consent law that requires a parent’s permission in order for people under 18 to have an abortion. She argued she is mature enough to make decisions about her reproductive health, saying she “is not ready to have a baby,” doesn’t have a job, is still in school, and the father is unable to assist her in raising a child.

In her original petition, the ruling read, the girl indicated her guardian “was fine” with her receiving the abortion, but had written the statement on an “out of place” section of the form. The court document also revealed the girl did not have a lawyer representing her — she had “inexplicably checked the box indicating she did not request” a free attorney.

The trial court noted that the minor “acknowledges she is not ready for the emotional, physical, or financial responsibility of raising a child” and “has valid concerns about her ability to raise a child,” but denied her request.

Though the girl demonstrated she was “knowledgeable about the relevant considerations in terminating her pregnancy,” the ruling said, the judge ruled she was not able to sufficiently evaluate the “benefits and consequences” of having an abortion.

“The trial court found, based on the nonadversarial presentation below, that Appellant had not established by clear and convincing evidence that she was sufficiently mature to decide whether to terminate her pregnancy,” the court ruling read.

The judge left open the possibility of legal reconsideration should the teenager be able “to adequately articulate her request.” The teen also has the option of receiving an abortion if she can present a written waiver from her guardian.

“This is so profoundly wrong, on so many levels,” Harry Nelson, a healthcare attorney who is not involved in the case, told The Daily Beast. “The true believers who think it’s a good thing to require children to have children, that they think this is going to be a net benefit to anyone, are in a delusional place.”