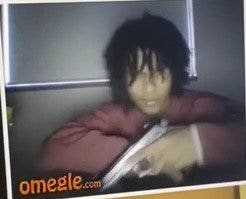 The West Palm Beach Police Department is searching for a teen who made shooting threats in an online chatroom, police announced Sunday.

The unnamed teen allegedly threatened to shoot people at a local Palm Beach, Florida event, police say. Police have not revealed what event the teen threatened, but the department is increasing security at local events.

“Information was obtained Sunday, June 5 that a black male, about 15-25 years old, made a video online threat with a gun to shoot people at an event in Palm Beach County,” police wrote on Facebook.

“In the video, the suspect, a light-to-medium skinned black male with medium style dreads, wearing a zip-up long-sleeve shirt with black bottom and red top and arms, wielded a handgun and claimed to be a Palm Beach County resident,” they added.

Police requested that anyone who recognizes the suspect reach out to them at 561-822-1900.

The incident comes weeks after a shooting in Uvalde, Texas where a gunman killed 19 children and two teachers at an elementary school.

That shooter, Salvador Ramos, made Facebook posts about his attack in the 30 minutes leading up to the rampage.