Greg Gutfeld: President Biden should be asking for forgiveness, not doling it out 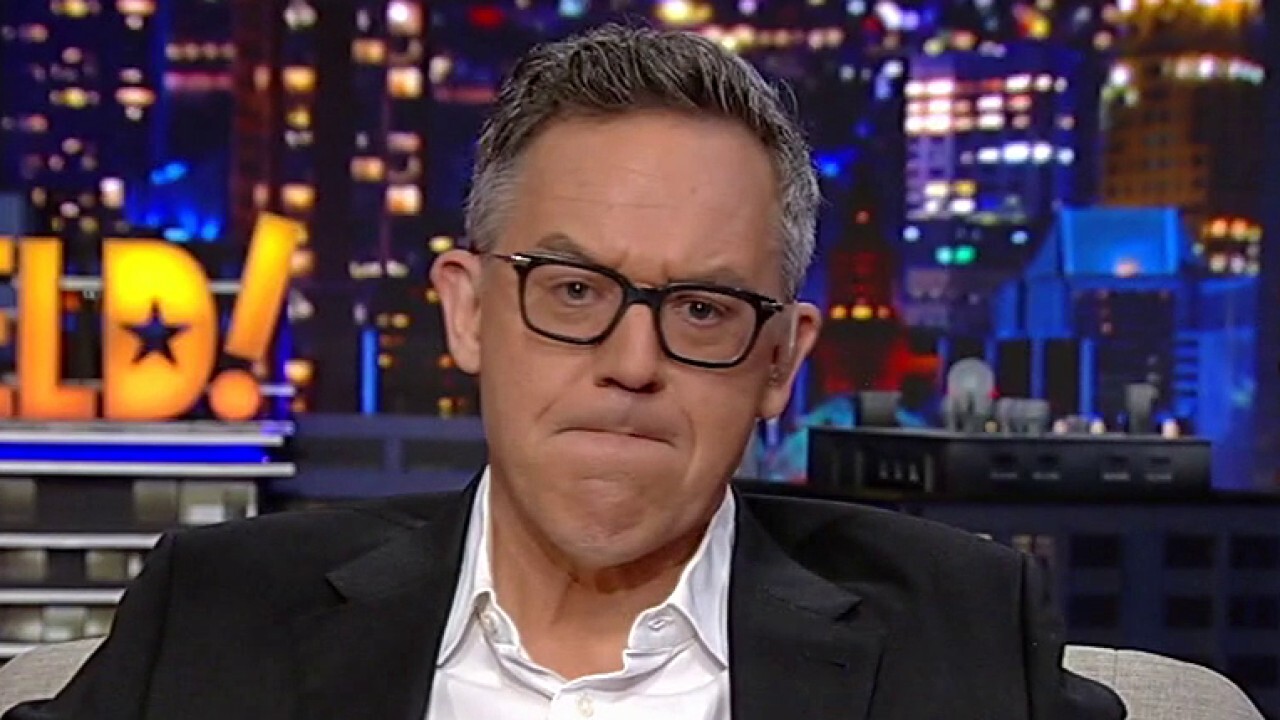 So let’s take a look at all the things that pissed me off. Besides the looks like when I buy clothes in the boys department. Not my fault.

First, Biden’s ratings are so far down the toilet, they could wave hello to Chris Wallace. It’s so bad, I hear Biden’s new strategist is Roto-Rooter. Wow, just a chuckle. I thought that would work. So no wonder he’s once again talking up student loan forgiveness, when really Joe should be asking for forgiveness, not doling it out. Forgiveness for Afghanistan, for tanking the economy, for farting in front of the royal family. That bomb was so rank the Queen thought the Germans were blitzing again.

Now they want to forgive ten-grand, or roughly what Hunter paid for a weekend of hookers. Of course, this is a Hail Mary pass or for the gender-confused a Hail Larry. It’s meant to appeal to young voters before the midterms, which should crush the Dems like a dozen eggs under Brian Stelter’s box spring. Wait, did I say voters? I meant Democratic voters, the ones too dumb to realize they’re trading their future for a quick payout.

So they’re taking your money to pay a bribe to people who hate you to re-elect the same freaks who demonize you daily. It’s a Democrat birthday party, and you are the piñata. But like Geraldo’s ex-wives, these people, they don’t need the money. This isn’t a food stamp program or welfare, it’s transferring money from the working class to the wealthy and upper middle-class who vacationed in Aspen while running up college debt, as regular people have to take second jobs or like me, who paid for college by making deposits to sperm banks. Some of it was my own.

Think of all of the AOCs of the world. She’s the whiner who claims she can’t live off six figures as she tools around in a Tesla with her French bulldog. I think that was her dog, either that or fiancée. They call you racist. You can tell which Tesla is hers, it’s the one dragging an extension cord.

But it’s immoral. It’s theft. I sound like Pelosi while she’s handing her Amex card to her plastic surgeon. And if your blood isn’t boiling over this, you must be better than a former Clinton associate. Think of all those people who paid off their student loans. You know, that’s like paying a hooker for sex, then finding out she’s been giving it away to your neighbors for free. That’s why we divorced. It gets worse.

House Dems blocked a plan to fund the police, while receiving ten-grand each to bulk up their home security. See, it’s that ten-grand again, why? Because they assume everyone will just call it chump change. But who’s the chump? It’s us. Because we’re paying for the security of people who refuse to grant us the same safety during, thanks to them, the worst crime wave in my lifetime.

You know, what’s that old saying? “Don’t pee on my leg and tell me it’s raining.” That’s not strong enough. How about don’t take a dump on my head and tell me it’s a mudslide. I’m disgusting all of you. But remember, while cities were burning and cops were getting killed, they said, “let’s have less police.” The Kamasutra doesn’t have this many ways to screw people.

Now you see why these crooks got into the business, so they could be exempt from the punishment they enact on others. They can screw you, but you can’t screw them back. Al Capone had nothing on these people. Politics are as organized as crime gets. At least the gangsters didn’t pretend to be helping you while robbing you blind. But this is how it works. They create laws for us and not them.

US President Joe Biden speaks in the Eisenhower Executive Office Building in Washington, D.C., US.

Gavin Newsom met friends for lunch while the rest of L.A. had to wrap themselves up like mummies. The president’s son has a life that would make Charlie Sheen blush. Nancy Pelosi’s husband strolled away from a DUI. But I guess if I were coming home to Nancy, I’d knock back a few shots, of kerosene. And finally, a senior FBI agent allegedly tried to pad the number of domestic violence, violent extremism cases. Meaning, as we suspected, they were gas-lighting us and not the fun way that involved a trip to Taco Bell and flicking a Bic lighter an hour later.

So while real crime raged, they imagined a threat that would end up hopefully being you. It’s no surprise they already targeted parents, Trumpers, anyone near the Capitol on January six. I’m surprised that they haven’t gone after me, and I’m glad they haven’t. I would not survive prison. I’d be one of the prizes in a card game. I’d become someone’s bitch faster than Colbert became Biden’s. “So what’s good for the goose is good for the gander,” said the guy zipping his fly as he approached a very scared gander. I feel dirty.

Yes. But we need to make sure they feel the consequences of their actions, and how? We got to play their game once the Republicans take the House, if they want to bribe people with your money, let’s do the same with their money. Get all those gender studies grads to pay for your pet projects. How about NRA instruction courses for teachers? How about funding the student instead of the school, so people have a real choice in education.

And let’s embrace loan forgiveness, but make the overpaid colleges refund the dough, defund the crap out of them. They have it coming. You send Billy off to Harvard at 73-grand a year, and he comes home for Christmas with a new pronoun, a pair of home-grown boobs and a hatred for America, I’m thinking you got a raw deal. Poor Billy. As for crime, they applauded incoherent mobs coming to Supreme Court justices’ homes, which is ironic when the president, their biggest cheerleader, can’t even find his own.

Meanwhile, New York’s idiot governor directed people to Lee Zeldin’s rallies to disrupt them. It’s time for payback. What if the just released thugs made it to the neighborhoods of progressive DAs and anti-cop Dems? Just put funds toward halfway houses right next to theirs. Make Alvin Bragg or George Gascon have to worry about crime, just like you do. You know, it’s working right now with immigration. All those phony sanctuary cities, now must walk the walk. It’s time for a taste of their medicine. I mean, isn’t that how vaccines work?

So drop your pants and bend over Democrat politicians. This won’t hurt very much, I promise.