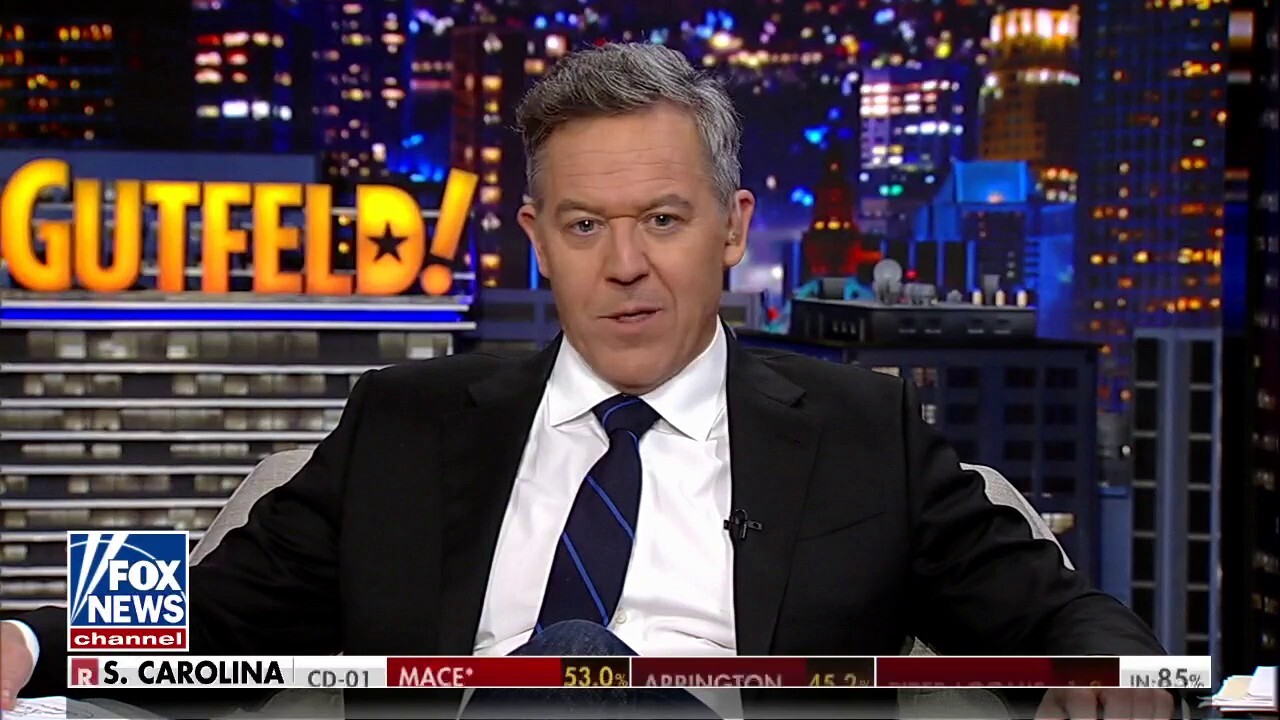 So there are big changes afoot. And it’s not just Ainsley Earhart quitting smokeless tobacco. She’s not watching. Boils down to one-word “limits.” We’ve reached them. Yep. We put our foot down like a drunk Paul Pelosi running a red light.

Let’s start at the beginning. The recall of the SF School Board members. After years of wokeness, voters finally put their sorry asses to sleep. Remember, they wanted to change the names of schools during a COVID crisis. The voters told them to hit the road. And in San Fran, that road is covered with ****.

There’s Netflix telling its employees, if you’re too sensitive to work here, don’t. God, if I had a nickel for every time I said that when I was directing those snuff films of the eighties.

Oh, yeah, same thing with Spotify who backed Joe Rogan over Neil Young and other washed up artists. Their cries for boycotts went ignored. Like my assistant’s request for bathroom breaks. Not on my watch.

DANA PERINO: WE’RE ALL LIVING WITH THE CONSEQUENCES OF BIDEN’S POLICIES

So how about the media? Well, CNN top brass turns over as the new boss announces that partisanship is done. But nobody heard the announcement because his head was so far up Biden’s ass. So, like Kat’s college degree, we’ll believe it when we see it. But at least CNN admits their Trump derangement poisoned their brand. Yeah, I bet Brian Stelter is sweating right now and it has nothing to do with taking the stairs. Because he’s overweight.

The Washington Post fires a woke reporter who badmouthed coworkers on Twitter and after some wimpiness they finally found their limit. And off she went, like Jim Acosta’s hairpiece after an Eric Swalwell fart.

Bill Maher now shows up every Friday sounding like the bastard son of Henry Kissinger and Margaret Thatcher. After years of progressivism, it feels like Maher found his limit even through that cumulus cloud of pot smoke.

SF DA Chesa Boudin got recalled like a Toyota with defective air bags after the public had enough of violent crime. This may be a sign of more recalls aimed against pro crime’s Soros sponsored wokesters.

Johnny Depp wins a televised trial, the public largely agreeing with his side of the story. The metoo defense didn’t protect Amber Heard from facts. People saw through her crap. Turns out she loves corn on the cob. Picnic season.

So what do all these things have in common? Well, people found their limits. The slippery slopes finally hit a brick wall.

But let’s not rejoice just yet. There are other places also screaming for that brick wall. Black on Black crime. At what point does the murder rate seem unacceptable to Democrats? We’re already there, but not the Dems. Why is that? What’s their limit?

Artificial intelligence. Are we paying attention to it to even know if there is a limit? Because limits to technology are elusive. We never think about them until it’s too late. We’re all enslaved by sexy robots. That’s my dream.

Children as gender experiments. If you told me the solution for gender confusion in a pre-teen is surgery and hormones, I’d say who died and made you Josef Mengele? The only transitioning this administration should be concentrating on is the one that’s going to happen in 2024, when they hand the White House keys back to the adults.

By the way, sex ed in high school. I get it. Fine. But gender instruction for toddlers. Knock it off, you pervert. And yes, drag shows are entertaining. It’s awesome seeing performers who are bad at singing, comedy and stripping all at the same time. But for kids, really? Nah.

And what of those teachers unions? Haven’t they had enough of this? Haven’t we had enough of them? They destroy our schools, then come out against school choice, so you’re stuck with them. Is it time to say, “my kid, my choice?” It’s happening with the school boards. But behind every school board is a school union.

Trans athletes, there aren’t that many. So what’s the problem? Well, when biologically female athletes are no longer winning. Where’s that limit going to come up? Trans activists don’t care. When should you care?

Illegal immigration. When do we ask what’s the right number of people to let in? Determine that and protect the southern border. But we don’t know our limits because no one wants to ask the number. Split the issue into process and illegality and just solve the problem.

January 6th. This rehash never ends, and for one purpose only, politics. Do we have a limit to this media party collusion? It’s basically Liz Cheney’s audition for The View, and at least there she’ll be known as the hot one. And here’s a tip. When casting propaganda don’t make Adam Schiff a leading man. That’s like casting Flipper to play Lassie.

And we’re seeing people everywhere pushing back against those who push our limits.

STAFFER 1: Yes. That’s what I found out. I’m not adopted. Oh, excuse me. Can we get some water, please?

DIRTBAG DEB: Sure. You want sparkling, tap or meatless?

STAFFER 1: Tap is fine. Yeah. So I love this place. Michelin star chef. The menu is incredible. I think you’re going — Oh, my gosh. Excuse me. That’s enough. That’s enough.

SINGING SKIT: Never classy. She is so sassy. Feeling maligned, slowly losing her mind. Can’t keep opinions to herself, with white fragility on her bookshelf, overeducated and under medicated. She won’t be happy till we’re all castrated. She’s the one that we call Dirtbag Deb.

STAFFER 2: Oh, I’m so sorry about that. Deb, you can’t keep doing this over serving the customers. Plus, you filed 82 H.R. complaints since Tuesday.

STAFFER 2: You don’t even work here.

DIRTBAG DEB: Don’t mansplain my employment status to me.

STAFFER 2:  Well, I’ve never once interviewed you for a job.

DIRTBAG DEB: Oh, that reminds me. I’d like to file a complaint about you denying me an interview.

STAFFER 2: Yes. Thanks for coming by. All right. Take care.

The point is, society progresses under the assumption that it’s actual progress. But like criminal justice reform, it’s not the case when ideology replaces reality. Instead, society breaks down too when people suffer. You know, just today, I had to let go of my butler. It’s very, very sad. But we are waking up and retaking control because if we’ve learned anything in the past couple of years, it’s when it comes to limits. Nothing should be off limits, including term limits.