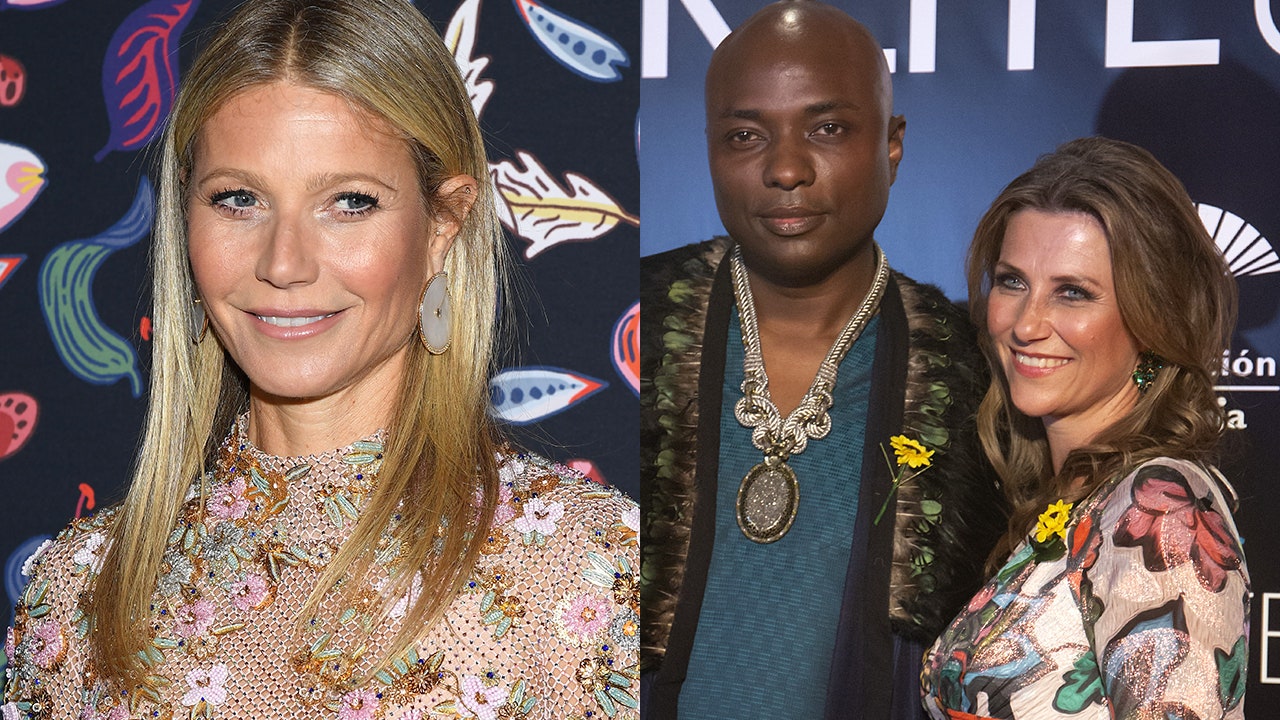 Shaman Durek made sure he received Gwyneth Paltrow’s “stamp of approval” before he proposed to Princess Märtha Louise of Norway.

The Los Angeles-based “spiritual guide and gifted healer,” whose celebrity clientele includes Paltrow, as well as Nina Dobrev and James Van Der Beek, among others, confirmed last Tuesday that he and the royal are engaged.

In a new interview, the 47-year-old revealed that it was important for him to get the Oscar winner’s opinion before he proposed to the princess, 50, with the ring.

“When I first got it, I showed it to my dear friend Gwyneth Paltrow because I knew she’s very particular about nice things, so I wanted her to be the first to see it,” he recently told People magazine. “She said it was the most fantastic ring she’s seen and loved how much thought and care I put into it and knew that Princess Märtha would love and cherish it — having a stamp of approval from a friend such as her made me happy.”

Shaman Durek (center) said he asked for Gwyneth Paltrow’s (left) input on the ring before he proposed to Princess Martha Louise of Norway.
(Getty Images)

According to the outlet, Durek popped the question during an intimate gathering in the countryside at a horse race estate in San Juan Capistrano, California. The couple had been dating since 2019. The outlet noted that Durek would become the first modern Black man to marry into a European royal family. The princess is fourth in line to the Norwegian throne.

“[It] will set a precedent for my people that we are not to be forgotten, and we deserve to be acknowledged for the greatness of who we are and where we come from,” said Durek. “There’s always been kings and queens in Africa, but unfortunately, they haven’t been recognized in the world in the way that they deserve.”

Märtha Louise told the outlet that her relationship with Durek has been “eye-opening,” especially when it came to their experiences with racism as an interracial couple.

“To me, it’s eye-opening to get to know Durek and see it first hand and see how it still plays out in society,” she said. “I’ve learned a lot about Black heritage and will continue to learn. I have a patient man who educates me on the issues in Black culture, how it refers to white privilege, and how we as a couple must navigate peoples’ fears and prejudices to demonstrate that love has no boundaries. I’m blessed to be in a relationship that can help me grow and evolve, and it’s humbling to learn the lessons with Durek every day.”

The royal was previously married to author Ari Behn from 2002 until 2017. They shared three children. Behn, who accused actor Kevin Spacey of sexual misconduct, took his life on Christmas 2019 at age 47.

In April 2021, Märtha Louise told the Norwegian newspaper VG that she planned to move to the U.S.

“At this point, we are going to do long distances for a little while,” she clarified to People. “There are no solid plans to move together at this point, but it will come in the future. We will always live in both places in California and Norway.”

The couple shared that they don’t have a wedding date set yet, but once it’s been decided, they will share it publicly.

PRINCESS MARTHA LOUISE OF NORWAY SAYS SHE’S PLANNING A MOVE TO THE U.S. AFTER FINDING LOVE WITH SHAMAN DUREK

The Norwegian princess previously revealed that she had planned to move to the United States.
(CARINA JOHANSEN/AFP via Getty Images)

“I’m excited about us living in the States and Norway and going back and forth with the family,” said Durek. “I’m looking forward to spending more quality time with her family.”