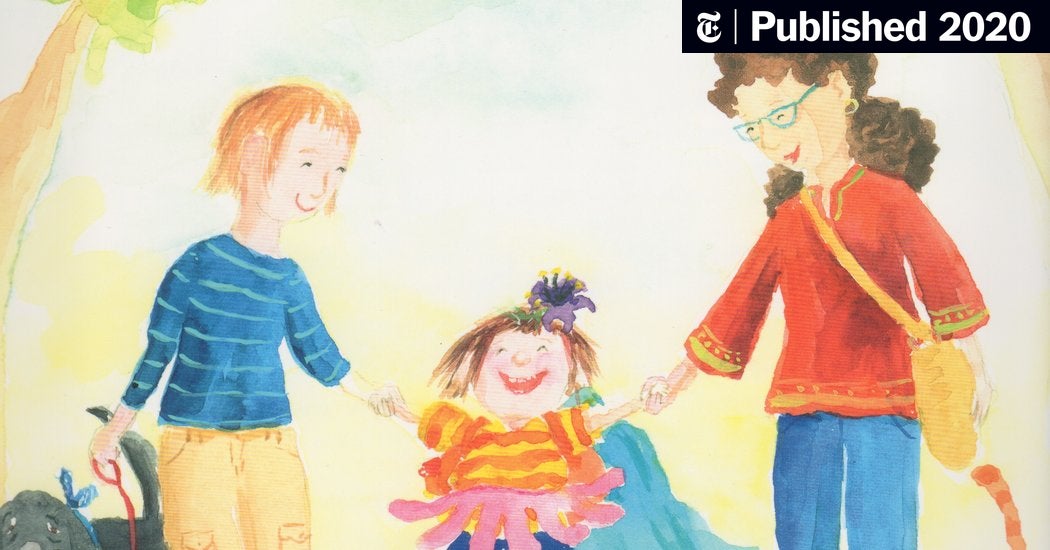 A little before she turned 2, Marty, the only child of queer parents at her day care, began asking after her “father” in various iterations. “Who’s my daddy? Where’s my daddy? I want my daddy.” It was heartbreaking because my partner and I could only counter with, “You have two mommies.” (How else to explain the complicated series of events that resulted in the creation of our family?)

That’s when I remembered we had a copy of “Heather,” the 2015 version, sitting on our bookshelf where I’d left it a few years ago. Every time we got to the page that reads, “And Heather has two mommies,” Marty turned to us and said, “And I have two mommies!” At the end of the book, there’s an illustration of the happy family walking off into the sunset, which recently prompted Marty to verbally superimpose each of our family members onto the characters in the book. “That’s me, that’s Mama Steph, that’s Mama Sabby and that’s Maude [our cat],” she said. Newman shared a similar anecdote, telling me about a boy who crossed out the word “Heather” and penciled in his own name throughout the entire book.

Dr. Gayle E. Pitman, Ph.D., a professor of psychology at Sacramento City College in California and author of several LGBT-themed books designed for kids, including “This Day in June,” “Sewing the Rainbow” and “The Stonewall Riots: Coming Out in the Streets,” explained why seeing ourselves rendered in story is not only validating — it’s essential to the creation of a self. “There’s a concept called symbolic annihilation in psychology and sociology, which is the idea that if you don’t see yourself represented or reflected in society or in media (television, movies, books), you essentially don’t exist,” Pitman said. “That’s why it’s so important to have L.G.B.T. representations in children’s books.”

The goal is not necessarily assimilation or normalization, said Dr. Abbie Goldberg, Ph.D., a professor of psychology at Clark University and pioneering scholar on LGBT families, but an affirmation of one’s value. “Are our families worthy? The absence of representation communicates that you’re not worthy or worthwhile,” she said.

When she covers the book in her classes today, Dr. Goldberg’s students are baffled by the controversy it stirred. “They look at me dumbfounded. They’re just like, ‘This is the most vanilla book. What was the big deal? We don’t get it,’ ” she said.

While that may be true in more academic settings, Newman said, “There are still many people who don’t think children should be raised in a family with two moms and two dads.” Recently, she was asked to speak at a school in New York City about her new book, “Gittel’s Journey: An Ellis Island Story,” based on her family’s migration to America in the early 1900s. “Once they realized I was the author of ‘Heather Has Two Mommies,’ they disinvited me,” she said.