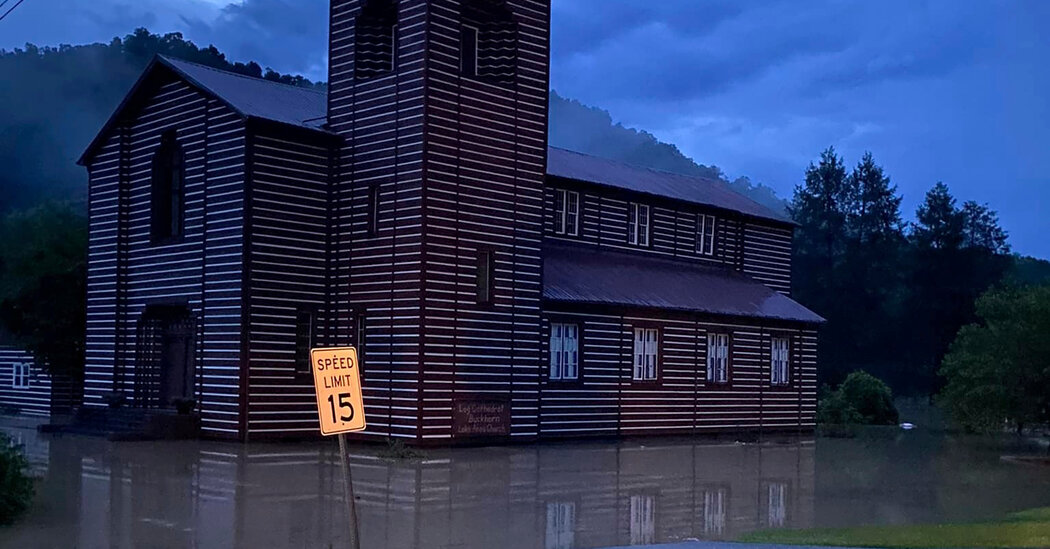 People were unaccounted for and others were stranded on rooftops after heavy rains across eastern Kentucky on Thursday touched off what the governor said was “one of the worst, most devastating flooding events” in state history.

“We expect the loss of life,” Gov. Andy Beshear of Kentucky said at a news conference on Thursday morning. “I’m nearly certain this is a situation where we are going to lose some of them.”

Mr. Beshear said that “a number of people” were unaccounted for, and others were waiting to be rescued from rooftops. About 23,000 residents were without power, and cellphone service was down in some areas, he said.

The governor said that he had declared a state of emergency. The flooding was a “dynamic and ongoing” situation, he said, adding that the water had yet to recede or even crest in many areas.

“It has been a tough night and maybe even a tougher morning,” he said.

Maj. Gen. Hal Lamberton of the Kentucky National Guard said that state officials were preparing helicopters and boats to rescue residents. Mr. Beshear said that two faculty members at a school were among those who had been stranded.

“Move to higher ground now,” the Weather Service in Jackson, Ky., warned in a forecast, adding that residents should not travel unless they were fleeing an area subject to flooding. “This is an extremely dangerous and life-threatening situation.”

Images and video of the rising waters and damage from the storm were circulating widely on social media. Brandon Copic, an extreme-weather videographer in the region, shared video of scattered debris from a landslide caused by flooding, and another video showed a flooded roadway.

There was moderate risk of excessive rainfall on Thursday for eastern Kentucky, along with the western edge of Virginia and parts of southern West Virginia, the Weather Prediction Center said.

Other weather alerts had also been issued for the eastern Kentucky region by the morning, including a flash flood warning, which was extended until noon for some locations.

A flash flood emergency was issued for several counties, including parts of Breathitt and Perry Counties, southeast of Lexington. Flash flood emergencies are issued in very rare situations when extremely heavy rain creates a severe threat to human life and catastrophic damage from a flash flood occurs, the Weather Service said.

Several roads were closed in Breathitt County, officials said early Thursday, and the local courthouse was open for anyone who had been displaced by rising waters.

Forecasters also warned of life-threatening flash flooding of creeks and streams that could flow into urban areas and onto highways, streets and underpasses.

Mr. Beshear said that the emergency declaration would “unlock resources” to help those who had been affected by the flooding. “Massive property damage” was expected, with hundreds likely to lose their homes, he said.

“This is going to be yet another event that it’s going to take not months, but likely years for many families to rebuild and recover from,” he said.

While a variety of factors contribute to flooding, researchers expect that, as the climate warms, flash floods will increase and get “flashier,” meaning their duration will shorten as their magnitude increases. Severe flash floods can be more dangerous and destructive.

Earlier this week, record rainfall drenched parts of the St. Louis region with up to a foot of rain that quickly flooded interstates and neighborhoods. One person died and about 70 others were rescued, the authorities said. More than a dozen homes experienced “significant flooding,” officials said.