Hegseth on ‘Outnumbered’: Democrat ‘powers that be’ are saying it ‘can’t be Joe’ in 2024 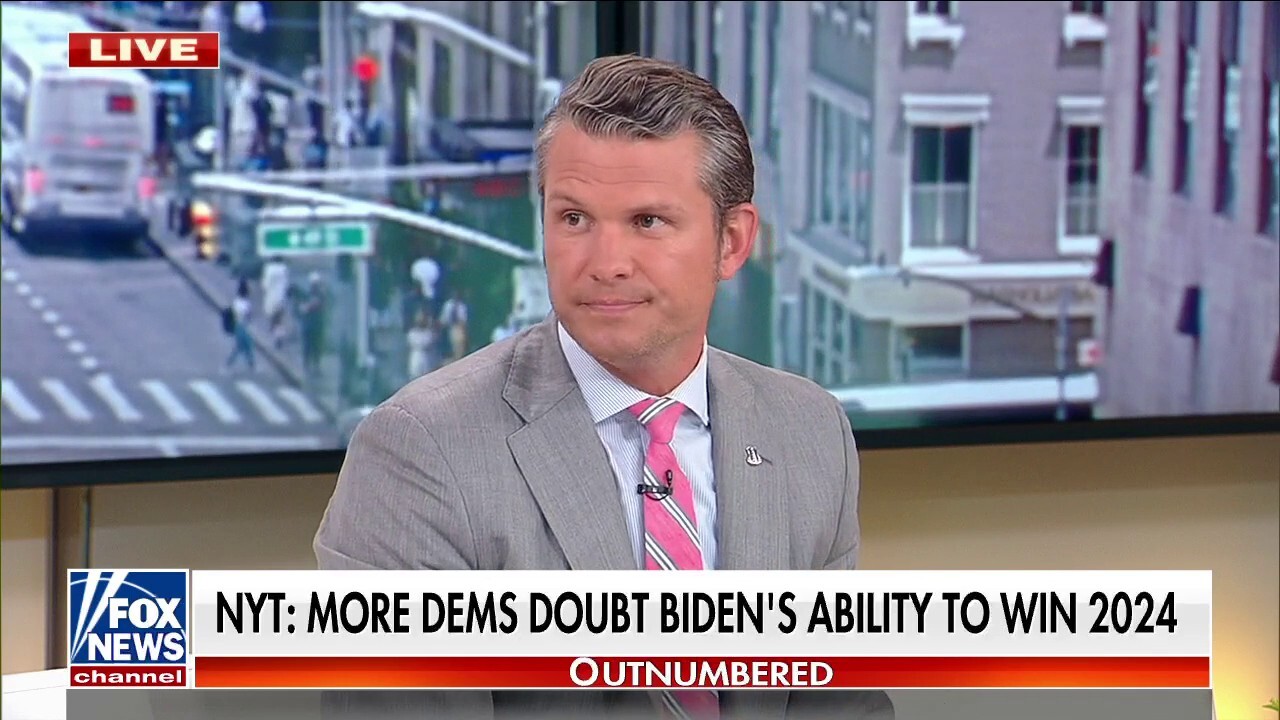 “Fox & Friends Weekend” co-host Pete Hegseth joined “Outnumbered” Tuesday to discuss the subtle push from Democrats to persuade President Biden not to run for re-election. Hegseth said the “powers that be” in the Democratic Party realize Biden will not help the party’s chances to win in 2024.

PETE HEGSETH: I say every year that the Minnesota Vikings are going to be Super Bowl champs. I have to say that even though it’s been over 50 years of futility. They have to at least until the midterms. This was headquarters, the New York Times, putting out an order that this guy ain’t going to cut it in 2024. When you’ve got 50 Democratic strategists almost universally saying it can’t be Joe, that is a reflection of the powers that be inside the Democratic establishment, saying if we want a shot at winning in 2024 – forget about 22, that’s a foregone conclusion – it’s not going to be Joe Biden.

The one hope Democrats might have is the Republican Party also didn’t see Donald Trump coming in 2014. So doesn’t mean the existing crop that’s there would be their answer. But I think their instinct would be to go far left, which doesn’t help them either.

WATCH THE FULL DISCUSSION BELOW: