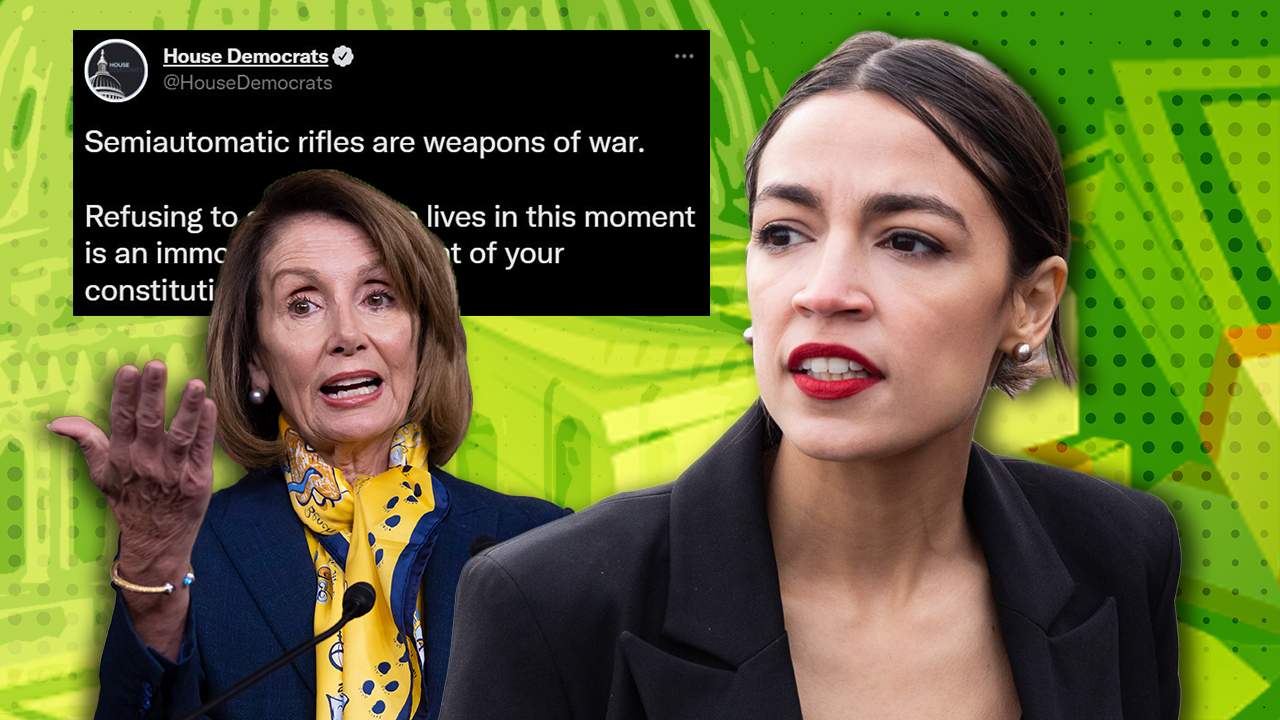 The official Twitter account of House Democrats was pummeled by social media users after it called for action against all semi-automatic rifles.

“Semiautomatic rifles are weapons of war. Refusing to act and save lives in this moment is an immoral abandonment of your constitutional duty,” House Democrats tweeted on Wednesday.

That same day House lawmakers voted on party lines to pass new gun control legislation, although as written it has little chance of clearing the Senate. The bill would prohibit the sale of ammunition magazines with a capacity of more than 15 rounds. It would also include incentives to increase safe gun storage devices and craft new criminal penalties if a gun is not properly stored and then acquired by a minor with the intent to inflict harm.

Semi-automatic rifles are self-loading rifles that fire one round per pull of the trigger.

The vote came after a House committee listened to testimony from recent shooting victims and their families. The legislation was subsequently praised by the White House.

But the tweet from House Democrats signaled further action that was not included in the legislation. Many prominent conservative Twitter accounts were alarmed at the post.

“The Second Amendment specifically protects the right of the people to possess weapons of war. That’s literally why it exists,” Justin Amash, a libertarian former member of Congress, tweeted.

Senior TownHall columnist Kurt Schlichter was a bit more blunt than his colleague. “Kiss my a—you communist pieces of s—,’ he wrote.

Former U.S. Army Special Forces Jim Hanson added that Democrats are becoming “ever more tyrannical,” and were a reason that the Second Amendment exists in the first place.

“Believe them when they admit it out loud,” Texas Republican Congressman Chip Roy tweeted.

Rep. Matt Schaefer, R-Texas, also weighed in on the tweet.

Plenty of other prominent Twitter users also offered their reactions.

Nikolas Lanum is an associate editor for Fox News Digital.