How Houston Is Overhauling Homelessness and More: The Week in Narrated Articles 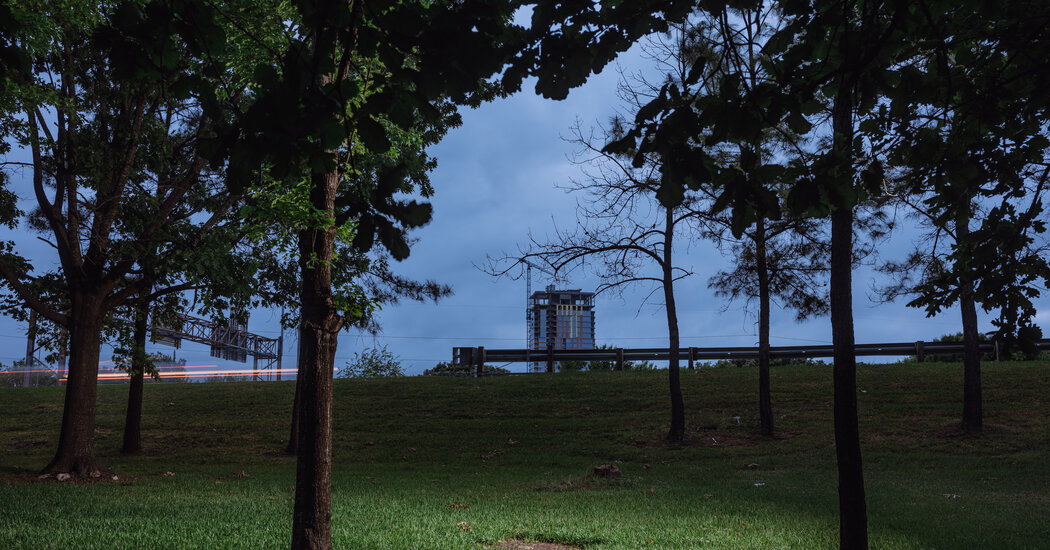 Written and narrated by Michael Kimmelman

Houston’s approach to homelessness has won a lot of praise.

During the last decade, Houston, the nation’s fourth-most-populous city, has moved more than 25,000 homeless people directly into apartments and houses. An overwhelming majority of them have remained housed after two years.

The number of people deemed homeless in the Houston region has been cut by 63 percent since 2011, according to the latest numbers from local officials. Even judging by the more modest metrics registered in a 2020 federal report, Houston did more than twice as well as the rest of the country at reducing homelessness over the previous decade.

While the nation’s fourth-largest city hasn’t solved homelessness, its remarkable progress can suggest a way forward.

Written and narrated by Dave Philipps

Growing up in a small Tennessee town, Lane Martin looked every day at the photo of his uncle hanging in the kitchen but knew only a few things about him: He had left Harvard Law School at the start of World War II to join the Marine Corps; he was killed in 1943 storming a Pacific atoll called Tarawa; and his body came home in a gray steel coffin after the war and was buried in a clover-covered family plot.

But in 2020, Mr. Martin got a phone call from the Marine Corps. There had been a mistake, he was told: His uncle — Capt. Edward Glen Walker Jr. — wasn’t in that gray steel coffin after all. Instead, he had been found in an anonymous grave in a military cemetery in Hawaii.

Improved forensic techniques and DNA testing can now reliably identify war dead that the military once thought would remain forever anonymous. But the advance comes with a twist: The same technology that can name the nameless can also reveal mix-ups and blunders that caused service members to be buried in the wrong graves.

Abortion has seized the United States’ attention anew with the prospect that, as early as this month, the Supreme Court could overturn Roe v. Wade, the decision that has made the procedure terminating a pregnancy legal for nearly 50 years. If Roe is overturned, half of American women stand to lose legal access to abortion.

Poland might offer a postcard from the future — a glimpse of a country where abortion is already practically out of reach even in the gravest circumstances. It has long been a showcase of the volatility and vicissitudes of the abortion battles — and how the lives of women and their doctors are tossed about on shifting social and political tides.

In Poland, a staunchly Catholic country, abortions are effectively outlawed. The consequences have been far-reaching: Abortion-rights activists have been threatened with prison for handing out abortion pills. The number of Polish women traveling abroad to obtain abortions, already in the thousands, has swelled. A black market of abortion pills — some fake and many overpriced — is thriving.

On a sultry recent morning, 30 young pianists from around the world gathered in an auditorium at Texas Christian University for the start of the Van Cliburn International Piano Competition, one of the most prestigious contests in classical music.

The mood was celebratory. But politics also loomed. The Cliburn, defying pressure to bar Russian competitors after the invasion of Ukraine, had invited six Russians to take part, as well as two pianists from Belarus, which has supported the Russian invasion. A Ukrainian also made the cut.

The politics surrounding the Cliburn competition show the depths to which the war has upended the performing arts. Largely unaccustomed to grappling with geopolitical concerns, arts organizations are now being forced to resolve difficult questions about the rights of Russian and Ukrainian artists, the morality of cultural boycotts and the limits of free expression. Many institutions have cut ties with artists closely associated with President Vladimir V. Putin of Russia, while continuing to welcome Russians with less-public political leanings.

Written and narrated by Miriam Jordan

For the first time, a majority of the undocumented immigrants graduating from high schools across the United States have none of the protections offered over the past 10 years under an Obama-era program that shielded most of the so-called Dreamers from deportation and offered them access to jobs and help with college tuition.

The Deferred Action for Childhood Arrivals program was intended as a stopgap measure to protect some of the nation’s most vulnerable immigrants — young people who were brought to the country as children and have grown up essentially as Americans — until Congress could agree on a comprehensive immigration overhaul or, at the least, pass a bill to offer them a path to citizenship.

During the decade since DACA took effect in June 2012, some 800,000 young people have registered. But a long-term political solution never materialized. Under constant attack by Republican immigration hawks, DACA stopped accepting new applications; it has remained mired in legal battles since President Donald J. Trump tried to quash the program in 2017.