How Liberal Are the Movies?: The Week in Narrated Articles 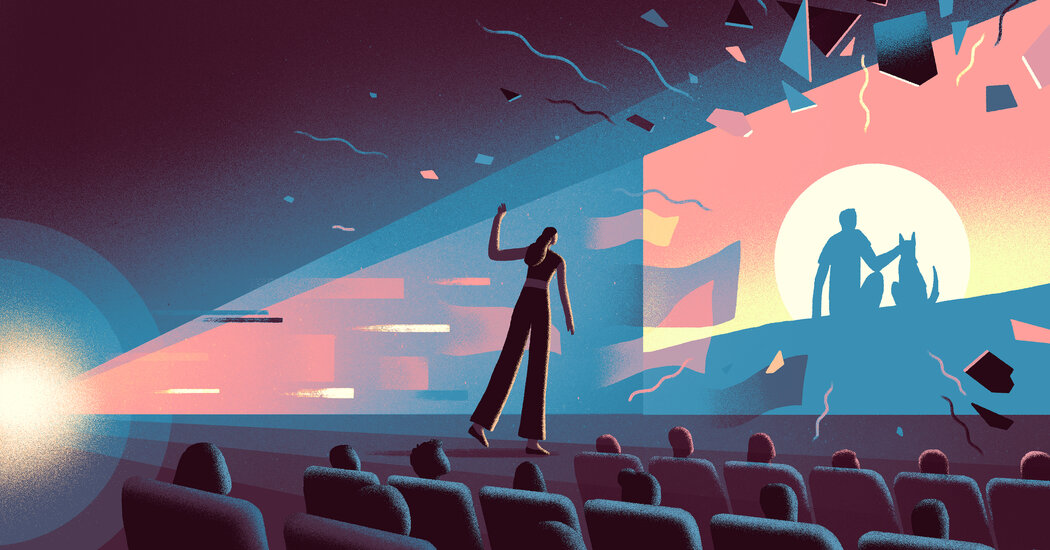 Some ideas in American life are so widely held and frequently invoked that it can seem like bad manners or outright delusion to suggest that they might not be true.

There is a class of facts — it would be more accurate to call them myths or shibboleths — that everybody knows and nobody entirely believes. The Supreme Court is above politics. Rock ’n’ roll will never die. Hollywood is liberal.

Everyone knows Hollywood is progressive. But if you look at the films it churns out, argues the Times film critic A.O. Scott, they tell another story.

Written and narrated by Jody Rosen

It was a surprise, therefore, when a scathing indictment of the former president was issued recently at a Bush Center event. Even more unexpected was the source of this blunt talk: Bush himself.

During brief remarks at a forum on elections and democracy, held last month, Bush stumbled over his prepared text. He was discussing the Russian president Vladimir Putin’s suppression of dissent. “The result is an absence of checks and balances in Russia,” Bush said. “And the decision of one man to launch a wholly unjustified and brutal invasion of Iraq. I mean — of Ukraine. Iraq, too. Anyway.”

The viral gaffe by the former president offers a dark reminder of America’s foreign-policy hypocrisies.

June 1 is the beginning of Pride Month, when parades pop up in cities around the world and rainbows start appearing in ads for liquor, banks, makeup and big-box department stores.

These events and campaigns are visible shows of support for the L.G.B.T.Q. community. They’re also good for business. Sometimes lumped under the label of “rainbow capitalism,” Pride ads and merchandise are often the subject of jokes and memes that question the sincerity of corporate marketing and the influencers who help boost such messages. This year, the online ribbing started right away.

Written and narrated by Jason Zinoman

There’s a school of thought, one Jason Zinoman, The Times’s comedy columnist, has long been sympathetic to, that believes that stand-up without a live audience isn’t stand-up at all.

Live entertainment is of course singular, and the lockdown only emphasized many people’s appreciation for it. But despite what you might have heard, Zinoman writes, audiences are often wrong. (“Think of the famous comic you hate the most and I promise you they have delighted the crowd,” he writes.) The audience has an underexamined impact on the aesthetic of specials.

Written and narrated by Christopher Flavelle

If the Great Salt Lake, which has already shrunk by two-thirds, continues to dry up, here’s what’s in store:

The lake’s flies and brine shrimp would die off — scientists warn it could start as soon as this summer — threatening the 10 million migratory birds that stop at the lake annually to feed on the tiny creatures. Ski conditions at the resorts above Salt Lake City, a vital source of revenue, would deteriorate. The lucrative extraction of magnesium and other minerals from the lake could stop. Most alarming, the air surrounding Salt Lake City would occasionally turn poisonous.

“We have this potential environmental nuclear bomb that’s going to go off if we don’t take some pretty dramatic action,” said Joel Ferry, a Republican state lawmaker and rancher who lives on the north side of the lake.