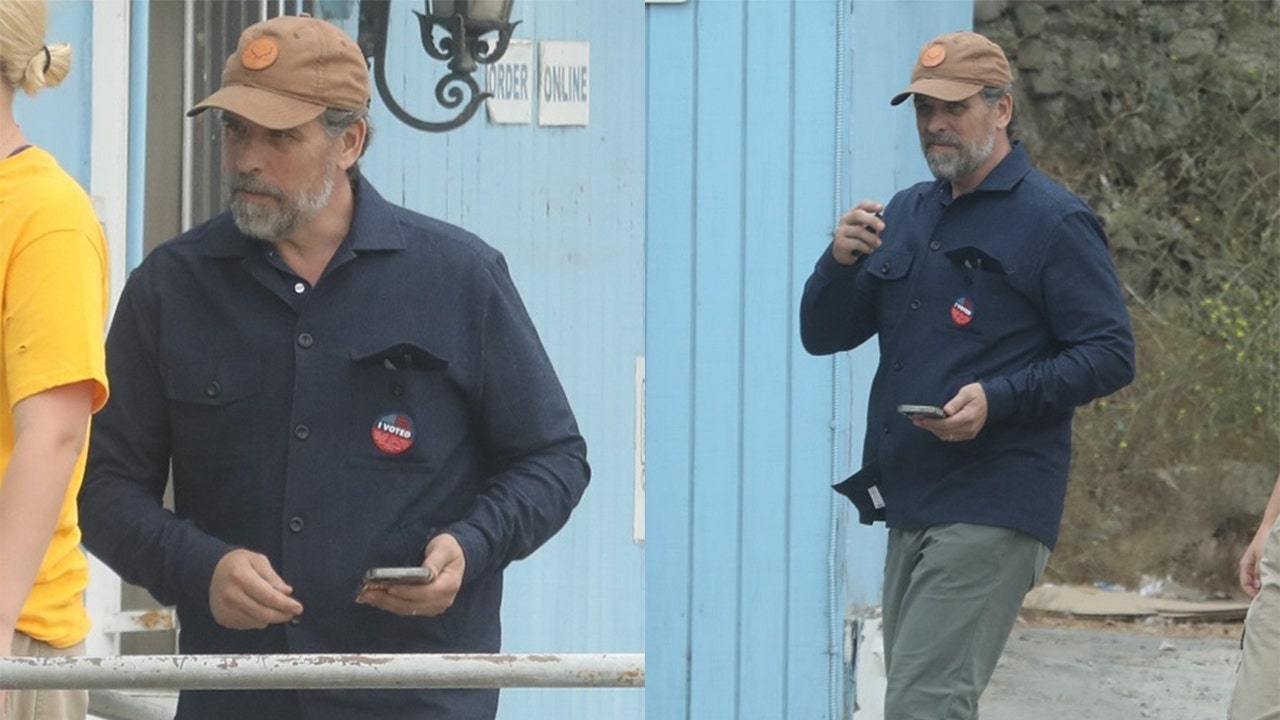 Hunter Biden made a rare public appearance going to lunch in Malibu, California.

The White House’s first son appeared in California on Tuesday afternoon in a brown baseball cap and casual clothes – also sporting an “I Voted” pin. It is the first public appearance of Hunter Biden in weeks as the controversy and implications of his abandoned laptop continue to swirl.

In the run-up to the 2020 election, the New York Post originally broke the story of the so-called “Laptop from Hell” – a computer abandoned by Hunter Biden containing communications and photos detailing his personal life and professional connections. The report was initially dismissed by mainstream outlets and suppressed on social media.

In recent weeks, liberal media outlets, including the Washington Post, MSNBC and the New York Times, have continued walking back previous speculation that the laptop was doctored or inauthentic.

Politico was one of the first mainstream outlets to offer credence to emails found on the infamous laptop, citing reporting from correspondent Ben Schreckinger’s book about the Biden family.

Meanwhile, new information continues to trickle in from the data stored on the laptop.

In a profile about the first family relative, the Post began its report by citing a 2017 text exchange James Biden had with his nephew that came “from a copy of a hard drive that Hunter Biden purportedly dropped off at a repair shop and never retrieved,” noting the emails used in its reporting “were authenticated by two forensic analysts.”

Hunter Biden made his first public appearance in weeks as the controversy and implications of his abandoned laptop continue to swirl.
(RMBI/Backgrid)

Hunter Biden’s ex-wife Kathleen Buhle has also entered the public discussion of her former husband’s conduct with a new memoir detailing their marriage.

In her book, “If We Break: A Memoir of Marriage, Addiction, and Healing,” Buhle detailed her early relationship with her former husband and their divorce, saying her daughters found out about his affair with his brother Beau’s widow after finding his phone.

The White House’s first son appeared in California on Tuesday afternoon in a brown baseball cap and casual clothes.
(RMBI/Backgrid)

According to an excerpt of Buhle’s book, her daughters discovered text messages on their father’s phone with Hallie Biden, Beau’s widow. Buhle drove to their therapist’s house after receiving a distressed call from one daughter, asking her to come there.

With one daughter there and one on speakerphone, their therapist, Debbie, was asked to break the news to Buhle about the affair. “Can you tell her? We can’t do it,” one daughter said to Debbie, according to an excerpt of the memoir published in People magazine.

Timothy Nerozzi is a writer for Fox News Digital. You can follow him on Twitter @timothynerozzi and can email him at timothy.nerozzi@fox.com