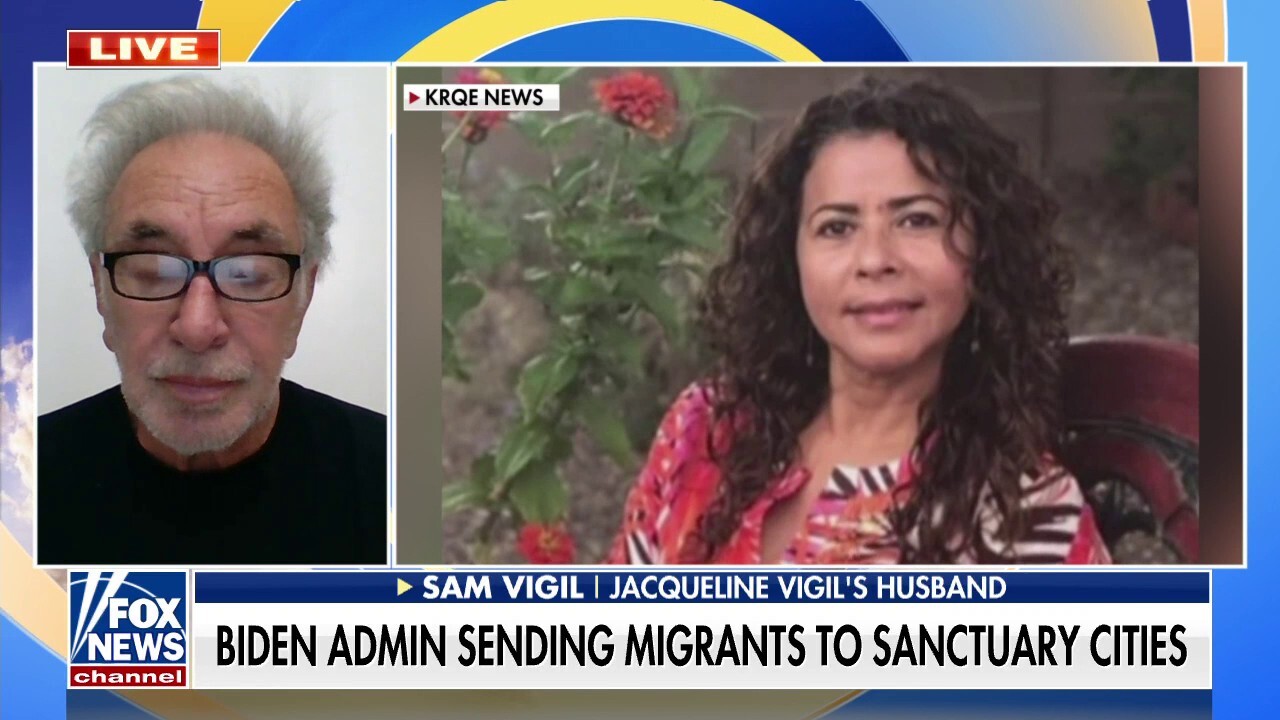 Jacqueline Vigil was killed by an illegal immigrant outside her Albuquerque, New Mexico home in 2019.

“Places where laws are soft, like Albuquerque, this does not protect people who come to the U.S. to work but rather those who come to commit crimes,” he said, rejecting Biden’s loose immigration policies.

REP. GOODEN INTRODUCES BILL TO EXPAND USE OF BIOMETRICS TO IDENTIFY MIGRANTS COMING ACROSS SOUTHERN BORDER

“For me, it just reminds me about what happened to me, to my wife who was murdered back in 2019 by an alleged illegal immigrant that was in the country. It just brings back all those memories,” he said.

Coverage of the border crisis picked up as Title 42 was set to expire.
(John Moore/Getty Images)

The mother of two was gunned down in her driveway during an attempted robbery. According to local station KRQE, the suspect, Luis Talamantes Romero, pled guilty to federal charges of illegally entering the United States for the fourth time.

Sam Vigil spoke out against sanctuary cities and crimes and said these places attract criminal activity and bad actors.

Vigil made the argument that there are current policies that protect individuals who should not be in the country to begin with.

When policies such as sanctuary cities or states exist, he said illegal immigrants are free to commit crimes and have a “get-out-of-jail-free card.”

Elizabeth Heckman is a digital production assistant with Fox News.